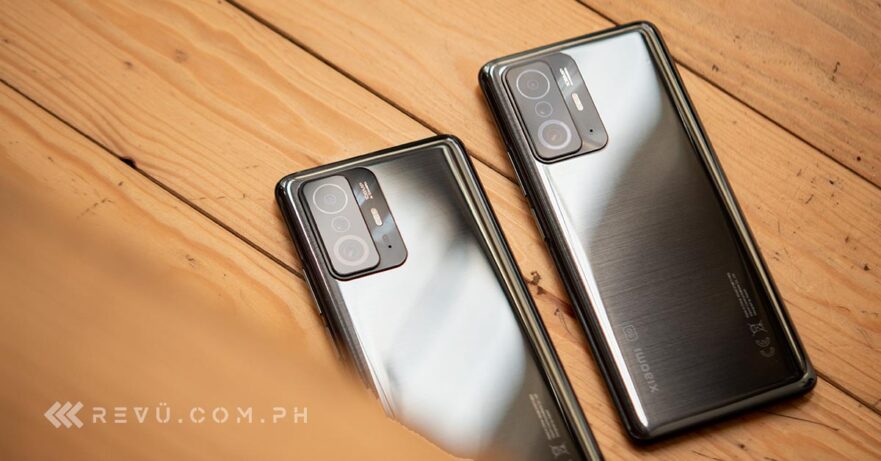 New is not always better. If we’re talking about smartphones, sometimes deciding on an older, albeit less expensive, model is the better and more practical option. And that’s even truer for finds that come with hefty discounts, making them even more compelling at reduced prices.

To wit: Xiaomi has announced a significant cost reduction for the 11T series phones across the board, with each variant getting a P2,000 (around $37 converted) markdown. Here’s how much each unit currently sells for:

Now that they’re more wallet-friendly than ever before, does it make more sense to get them in 2022 — almost a year since their debut at local retail? Read on for our verdict on Xiaomi’s value-focused flagship series, post-price cut.

Premium all the way

The Xiaomi 11T and Xiaomi 11T Pro look so similar that they could pass off as one model. We’re not complaining, though. They share virtually the same chassis composed of premium materials, but they also give the impression that they’re solid, durable flagships worthy of your hard-earned cash.

At first glance, you’ll probably be hard-pressed to tell them apart, especially since both units Xiaomi sent us sport the Meteorite Gray colorway, which features a glossy, brushed-metal finish on a glass back, coupled with a matte aluminum frame. The 11T and 11T Pro are also available in attractive Celestial Blue and Moonlight White colorways if you prefer flashier designs that can match your wardrobe and personality.

Both bodies are IP53-certified; they are protected against dust and can withstand light water sprays. This doesn’t mean you should go swimming with the 11T series, but you don’t have to worry about using it in the rain as long as you have an umbrella handy.

Additionally, the Xiaomi 11T and Xiaomi 11T Pro use a sheet of Gorilla Glass Victus — the toughest Corning glass around — on their glass front to fend off scratches and provide extra protection against accidental bumps and drops. If you’re not familiar, Gorilla Glass Victus is found on many modern flagship smartphones, and it’s great that you can get it on devices priced under P30,000 ($563).

The two share identical dimensions and are a tad lighter than their predecessors from the Mi 10T family while retaining the latter’s impressive build quality and reassuring heft. Single-handed use is not out of the question, but given their screen size and battery, the 11T series handsets are likely a two-handed affair for a lot of people. On the plus side, their curved rear panels and rounded corners make both models feel more comfortable and smaller in the hand than their dimensions suggest.

Looking at the top edge, where the other half of the dual-speaker setup and IR blaster for controlling home appliances sit, is actually our only way of telling the two devices apart without unlocking them. The Pro version flaunts the Harman Kardon branding on top, which the other model lacks, as its stereo speakers were not tuned by the high-end audio brand.

Not to worry! We’re pleased to report that the Xiaomi 11T and Xiaomi 11T Pro deliver above-average loudness and detailed sound even at high volume levels. The audio is likewise plenty bassy given the size of the speakers. Xiaomi has skipped the headphone jack for wired accessories, although you also get Bluetooth 5.2, with support for LE Audio, aptX HD, and aptX Adaptive audio technologies to enhance your wireless listening experience.

By default, Dolby Atmos surround-sound technology is enabled in the Settings. This helps provide a clearer and richer output, with sound that moves around you in an immersive environment, so we recommend that you leave it on. On a related note, the top-firing speaker is quieter than the primary one and doubles as an earpiece on the 11T and 11T Pro, so it technically has two outputs. For phone calls, this lineup is loud, and the person on the other end should have no problem hearing you.

Xiaomi has equipped the two smartphones with identical punch-hole AMOLED screens measuring 6.67 inches across and boasting a resolution of 2,400 x 1,080 pixels on a pretty wide 20:9 aspect ratio. You get 10-bit color depth, too, as well as support for HDR10 Plus content. The company says the displays can reach up to 1,000 nits of peak brightness, which is among the highest at this price range and allows the Xiaomi 11T and Xiaomi 11T Pro to be comfortably used outdoors under bright sunlight.

Notably, both premium models offer a refresh rate of 120Hz — twice the industry standard of 60Hz — and 480Hz touch sampling, making them suited for playing compatible games that support fast displays. Punchy, vibrant, and reasonably crisp, both screens look great and are noticeably a cut above what you normally see in this price bracket. Their screen size will also work out well if you use your phone for streaming movies and TV shows.

Unlike the 11T, the 11T Pro brings support for Dolby Vision that’s basically an HDR format used by filmmakers to produce a higher-quality picture with brighter and more accurate colors, similar to HDR10 Plus. Popular streaming services that use the format include Netflix, Amazon Prime Video, and Disney Plus, so you may want to keep that in mind if you’re deciding between the two handsets.

The Xiaomi 11T and Xiaomi 11T Pro share similar camera systems. On the back, where the rectangular camera island can be found, the phones feature a 108-megapixel ISOCELL HM2 primary image sensor, accompanied by an f/1.75 aperture, 7-element lens. The sensor uses pixel-binning tech to merge nine adjacent pixels into one for brighter and sharper pictures with higher dynamic range, and the default resolution is 12 megapixels.

There’s also an 8-megapixel ultrawide camera and a 5-megapixel telemacro option for extreme closeups. Auto-focus is available on the latter and works within a range of 3cm and 7cm. 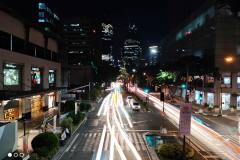 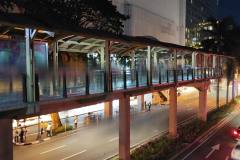 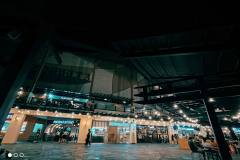 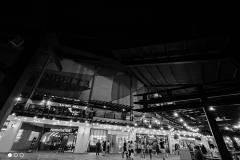 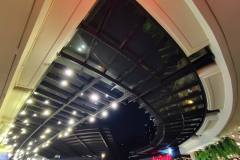 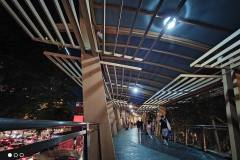 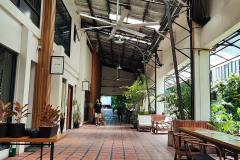 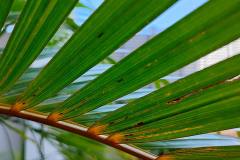 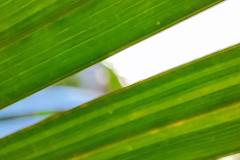 Shot on the Xiaomi 11T Pro 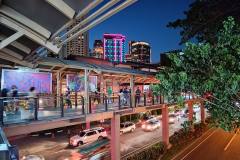 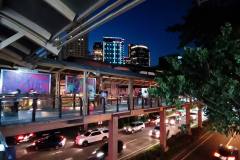 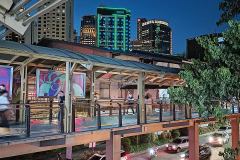 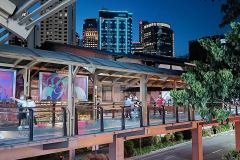 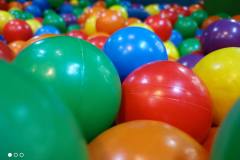 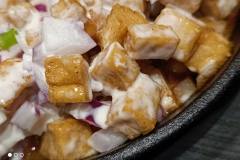 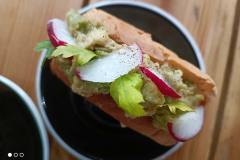 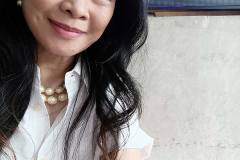 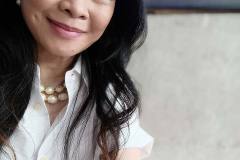 Shot on the Xiaomi 11T

Elsewhere, the front-facing selfie shooter has a 16-megapixel sensor behind an f/2.4 aperture lens that has a fixed focus, and uses 4-in-1 pixel binning for improved performance across a variety of lighting conditions.

The camera hardware comes bundled with additional photography modes, including Long Exposure and Clone. There’s also a feature-rich Pro mode, where you can adjust the ISO, shutter speed, white balance, and focus to your liking. Peaking is available, as well as a small live histogram and a toggle for zebras to help you avoid overexposure.

Xiaomi has marketed the 11T and 11T Pro as vlogging-ready smartphones, and both don’t disappoint in the video department. The company made sure to take its videography game to the next level this time around. The “Cinemagic,” as Xiaomi calls it, happens in video mode.

As a vlogging tool

Both smartphones arrive with Dual Video, Short Video, Movie Effects, and Vlog modes, which you can access by going to the More tab in the camera interface. The latter automatically adds background music and video effects and combines shots together to create a short yet stylized video.

The Pro version, in particular, can shoot up to 8K at 30 frames per second or 4K at 60 fps with image stabilization. You get a host of extra options like letterboxing, object tracking, and audio zoom. Which is awesome. Content creators should take note of this.

For flagship-level power and efficiency under heavy load, the 11T models are equipped with the Qualcomm Snapdragon 888 and MediaTek Dimensity 1200 chipsets. Both handsets are 5G-compliant for future-proof data connectivity and about as fast as you’ll typically find in their respective price segments, though the choice of which one to pick will largely depend on your budget and needs.

The Xiaomi 11T Pro is powered by a 5nm Snapdragon 888 chip, while the vanilla variant uses the Dimensity 1200 platform, which is built on a 6nm proces. Those were last year’s top-of-the-line chipsets for Android devices. Despite being almost a year old, they still hold their own against the latest high-end processors, especially when it comes to gaming and everyday tasks.

Between the two, the Snapdragon 888 comes out on top in most benchmarks, although the Dimensity 1200 isn’t far behind. Both deliver an equally smooth and responsive smartphone experience that we have come to expect from Xiaomi’s top-shelf devices. Demanding games like Genshin Impact, Diablo Immortal, and Ni no Kuni: Cross Worlds run great on the 11T and 11T Pro with the settings turned up.

Both phones are capable of running Genshin Impact at 60 fps. However, the frame drops are more frequent on the 11T than on its Pro sibling. While the game isn’t out yet in the Philippines and other Southeast Asian countries, we managed to run Diablo Immortal on the 11T Pro with most of the graphics options unlocked, including High FPS.

Take note, though, that the local Pro version starts with 256GB of storage, as opposed to 128GB on the base model of the Xiaomi 11T. If you’re big on mobile gaming, the Xiaomi 11T Pro is undoubtedly a worthy upgrade and makes more sense, not only due to its roomier storage, but also because of the higher frame rates and graphics settings it unlocks in certain games.

The Xiaomi 11T series packs a 5,000mAh battery — big enough for all-day usage on a single charge. The batteries in the 11T and 11T Pro are split into two cells to prevent overheating while doubling the charging speed.

Based on our experience with the two handsets, we found that the standard edition delivers better standby performance compared to the 11T Pro, which has a slightly faster but more power-hungry Snapdragon 888 chipset. In PCMark’s battery-rundown test, the Xiaomi 11T lasted 12 hours and 48 minutes, whereas the Xiaomi 11T Pro managed 11 hours and 41 minutes. Those are great results for any modern smartphone, regardless of price.

Quick cable charging is, of course, one of the highlights of the lineup, but more so of the Pro variant, which supports the company’s insanely fast 120-watt HyperCharge standard and ships with the necessary power brick and 6A-rated USB-C cable. What’s also impressive is that the Xiaomi 11T Pro doesn’t generate excessive heat at the back, with the charger actually being warmer than the phone while plugged in.

Quick cable charging is one of the highlights of the lineup, but more so of the Pro variant, which supports the company’s insanely fast 120-watt HyperCharge standard

Using the included 120-watt adapter, the Pro model achieved a full charge from zero in 22 minutes. It’s not as quick as Xiaomi’s claimed charging time of just 17 minutes, but it blows just about every phone on the market, including those released in 2022. Imagine getting a fully charged phone while taking a shower or eating your breakfast. That scenario is no longer a dream, as Xiaomi’s 120-watt quick-charging technology is now a reality.

The Xiaomi 11T, on the other hand, is capable of fast wired charging up to 67 watts. Its power brick is pretty compact for its rated maximum power, which is always nice to see. It takes a flat 40 minutes to fully recharge a dead 11T — four minutes more than what Xiaomi promises.

To buy or not to buy? Our final thoughts

Now more affordable than ever thanks to a recent price drop across their different configurations, the Xiaomi 11T and Xiaomi 11T Pro are perfect for anyone after an all-around flagship-grade smartphone experience without spending a small fortune — especially to content creators and anyone who’s into gaming or streaming media on mobile devices. They were easy to recommend then, back when they debuted in the Philippines. They’re easier to recommend now that they’re priced from P19,999 ($375).