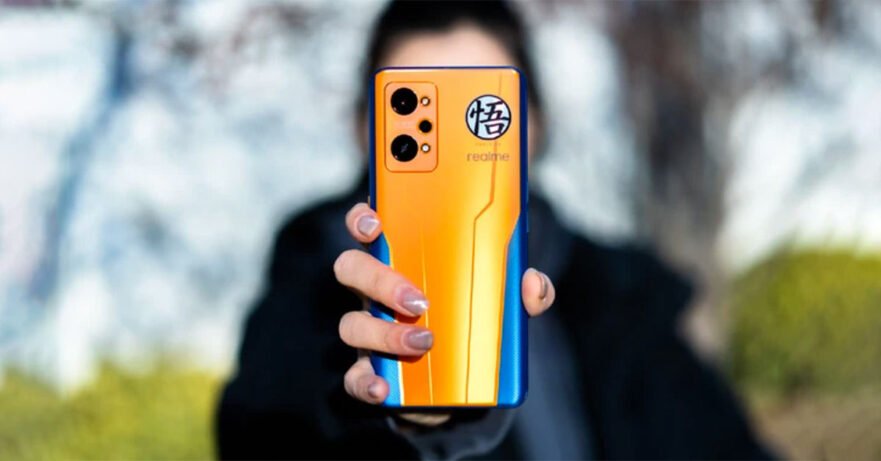 Realme welcomed the new year with its first flagship series of 2022.

However, the Realme GT 2 and Realme GT 2 Pro weren’t the only flagship-grade smartphones Realme unveiled yesterday. The tech-lifestyle brand — which currently ranks sixth in the world, second in India, and first in the Philippines in terms of smartphone sales — also took the wraps off the Dragon Ball edition of the Realme GT Neo2 with a custom backplate and packaging.

On the inside, the limited-edition handset is similar to the standard Realme GT Neo2, which was announced in September 2021. It’s still powered by a Qualcomm Snapdragon 870 5G with Realme’s own gaming-focused GT Mode 2.0 optimization and a 5,000mAh battery that supports 65-watt SuperDart Charge technology. The 6.62-inch display is of the E4 AMOLED kind and can refresh itself up to 120 times per second.

Camera-wise, the Dragon Ball-themed GT Neo2 features the same setup as the vanilla model, sporting a 64-megapixel main image sensor at the back and a 16-megapixel camera for selfies.

As for the device itself, the custom Realme GT Neo2 comes in an orange-and-blue colorway alluding to Dragon Ball protagonist Goku’s gi. You also get matching system animations, app icons, wallpapers, and lockscreens. Heck, even the box is getting some Goku love. Realme definitely went the extra mile to deliver an authentic experience inspired by the hit Japanese media franchise.

Considering how popular the Dragon Ball IP is in the Philippines, it would be a shame if the special-edition GT Neo2 doesn’t ever make it to local shores.