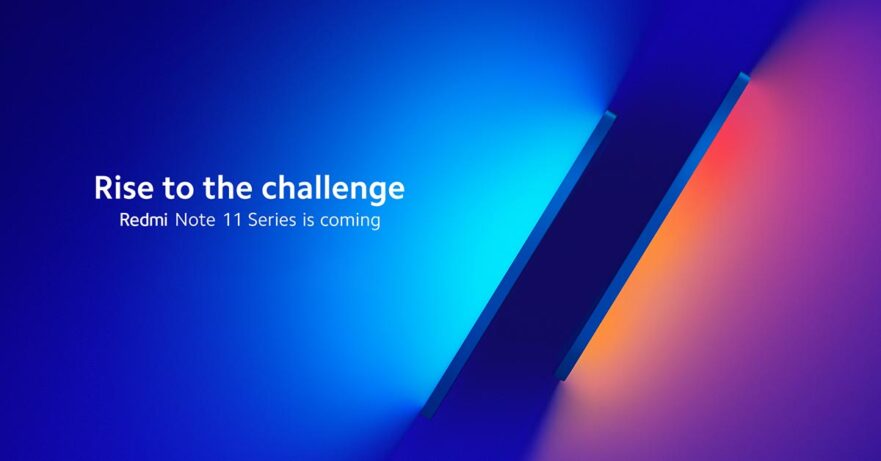 (Update, January 26: The Redmi Note 11 series is official on the global market!)

Xiaomi‘s official announcement doesn’t provide any details as to what devices we will see, but our money is on the standard Redmi Note 11 alongside a Pro model — possibly in 4G and 5G variants. The teaser image includes two phones, so it’s likely that at least two new models will show up.

Join us to witness the launch of this legend on January 26th at 20:00 (GMT+8)! pic.twitter.com/uAhHatRcN5

Per previous leaks, the international version of the Redmi Note 11 may come with a Snapdragon 680 SoC, while the Pro version has been tipped to get a Snapdragon 695 5G chipset. The former is a 4G chip, but it’s built on the same 6nm process as the Snapdragon 695.

If accurate, expect the Redmi Note 11 to fill the gap in markets like the Philippines, where 4G-only devices remain prominent amid the rise of 5G connectivity in urban areas. The recently launched Realme 9i and OPPO A36 are among the first batch of handsets by the Snapdragon 680.

The supposed Snapdragon 695 5G chip powering the Redmi Note 11 Pro, on the other hand, is meant to replace the Snapdragon 690 in Qualcomm’s portfolio and supports both mmWave and sub-6GHz versions of 5G. Qualcomm claims a 15% improvement in CPU performance and up to 30% faster graphics rendering compared to its predecessor.

However, it’s also worth pointing out that the alleged specs of the global models do not stack up well against their Chinese counterparts, at least in terms of connectivity and raw performance. The vanilla model in China packs a 5G-capable MediaTek Dimensity 810 chipset, whereas the Pro variant upgrades to a MediaTek Dimensity 920 with a 5G modem as well.