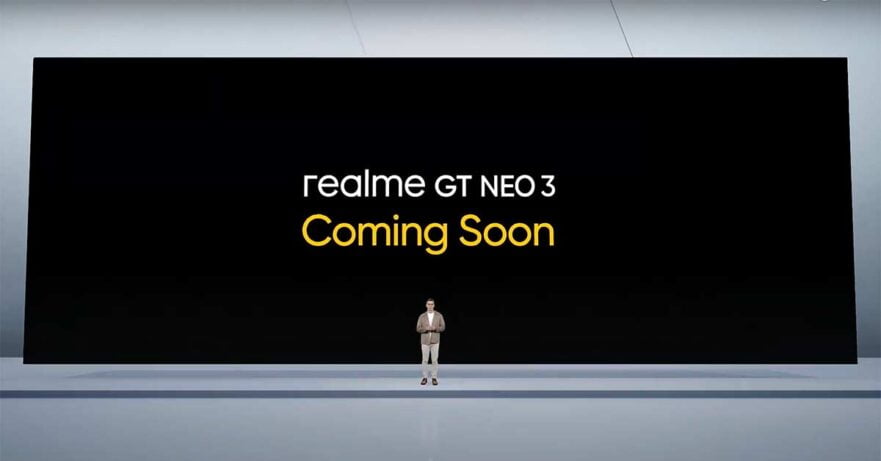 Just the Realme GT 2, GT 2 Pro, Book Prime, and Buds Air 3? No, it’s not only devices that Realme launched at at the Mobile World Congress 2022 event in Barcelona, Spain. It introduced its latest quick-charging technology as well.

(Update, March 22: The Realme GT Neo 3, which comes with an industry-leading 150W UltraDart Charge version, has been launched!)

(Update, March 17: We finally have a launch date for the Realme GT Neo 3!)

Realme’s 150W UltraDart Charge is now official — and it’s currently the fastest one thus far, trumping even the 135-watt tech that debuted on the RedMagic 7 Pro. It can top up a phone from 0% to 50% in just 5 minutes. Even better, the technology is coming to a commercial product, the Realme GT Neo 3. Here it is in action.

For people who have places to be 🏃🏽‍♀️

150-watt UltraDart Charge in action. Would have loved to see this personally at MWC 2022 today, but we had to cancel our trip for the second time because of brand-campaign deadlines. You can see the presentation at the 1:11:18 mark of the livestream

Will the company’s 150W UltraDart Charge still be the world’s fastest smartphone-charging tech by the time the Realme GT Neo 3 is announced, though? That’s up in the air for now. We’ll just have to wait and see.

The said model has been in the rumor mill for a while now. Based on the leaks, the handset has a glass rear panel; a 6.7-inch OLED screen that supports a 120Hz refresh rate and offers 10-bit color; a 16-megapixel selfie shooter; and a rear camera system that pairs a 50-megapixel Sony IMX766 main sensor with 8-megapixel and 2-megapixel ones.

Apparently, there are two versions of the Realme GT Neo 3. One uses a MediaTek Dimensity 8100 5G chip and comes with a 5,000mAh battery and 80-watt charging, and the other is equipped with a Qualcomm Snapdragon 888 5G SoC and a 4,500mAh battery with — you guessed it — 150W UltraDart Charge. You can see the leaked renders below.

Hopefully, we’ll see the smartphone launch in the Philippines. We’re crossing our fingers.