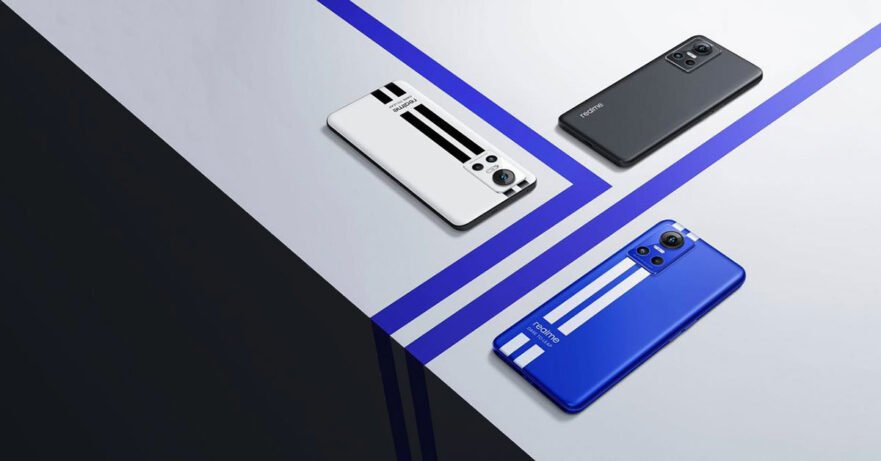 What can you do in 5 minutes? Because you see, that’s the time it takes for a newly launched Realme smartphone to get charged from 0% to 50%. Meet the gaming-focused Realme GT Neo 3.

(Update, May 26: There’s a Naruto edition of this phone!)

Yes, the Android 12 device that has been teased for weeks is finally official with two versions that are both powered by a MediaTek Dimensity 8100 5G chip. One packs a 5,000mAh battery that supports 80 watts of quick charging, and the other is equipped with a 4,500mAh cell that features the brand’s 150W UltraDart Charge technology. The industry-leading tech was introduced at MWC [Mobile World Congress] 2022, and you can see it in action below, in case you haven’t watched the clip yet.

For people who have places to be 🏃🏽‍♀️

Even the Realme GT Neo 3’s design is all about speed, at least for the silver and blue color variants. The rear panel has two bands that are reminiscent of the stripes you see on sports cars — placed beside the branding, the company’s tagline, and “50MP Matrix OIS Camera” on the camera module.

That main sensor is a Sony IMX766 with with optical image stabilization, which can also be found in handsets such as Realme 9 Pro Plus, Realme GT 2 and GT 2 Pro, and OPPO Find X5 and Find X5 Pro. It’s assisted by 8-megapixel and 2-megapixel units for ultrawide and macro shots.

The Realme GT Neo 3 smartphone’s screen measures 6.7 inches, has a resolution of 2,412 x 1,080 pixels, and is of the AMOLED variety with diamond pixel arrangement. It supports 10-bit color depth and up to 120Hz refresh rate. The punch hole at the top center houses a 16-megapixel selfie camera. And underneath it is a fingerprint sensor.

So, how much is the phone? In China, the Realme GT Neo 3 has the following price tags:

There’s no word yet if this Neo will become available in the Philippines and other global markets, but we’ll let you know as soon as we find out.