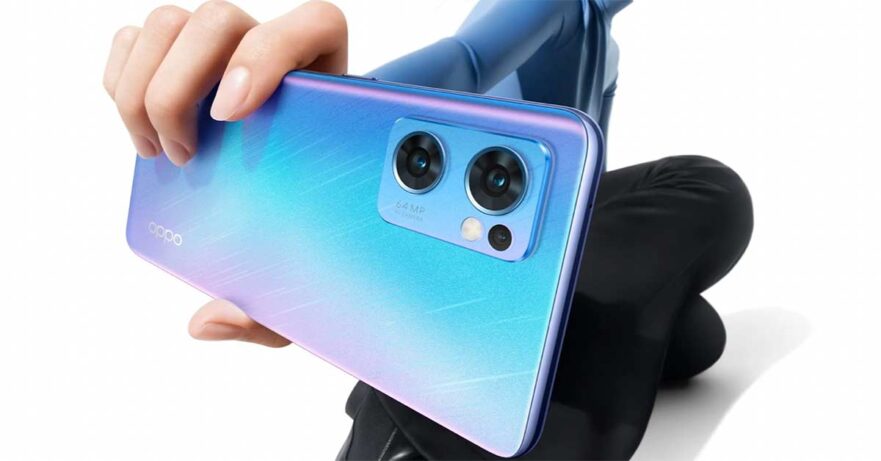 We were taking a break from working on our OPPO Find N video when we spotted an OPPO phone that will apparently be unveiled in the Philippines soon.

(Update, March 18: The 5G-ready OPPO Reno7 series phones have landed in the Philippines!)

(Update, March 2: The OPPO Reno7 Z 5G’s specs are revealed ahead of the phone’s launch in Thailand March 3 and in the Philippines March 18!)

(Update, February 24: OPPO has finally confirmed that this phone is indeed coming to the Philippines soon.)

The OPPO Reno7 5G is now up on at the brand’s official store on Lazada, indicating that its local launch is just around the corner. Interestingly, the listing also states that the device will initially be sold on the said e-commerce platform.

The Reno7 series debuted in China end-November and arrived on the global market early this month, starting in India, where it’s priced from ₹28,999 (roughly P19,881 or $389). We haven’t found any official listing of the OPPO Reno7 Pro 5G, so we’re not sure if it will become available in the Philippines as well. Nor do we know anything about a Reno7 Z or Reno7 SE release.

Unlike the Chinese version, the international variant of the Reno7 5G is powered by a MediaTek Dimensity 900 chip instead of Qualcomm’s Snapdragon 778G SoC. It’s equipped with a 6.4-inch AMOLED screen with a high refresh rate of 120Hz and Corning Gorilla Glass 5 protection; 8GB RAM coupled with 256GB storage; and a 4,500mAh battery that supports up to 65 watts of charging.

The non-Pro model also comes with a 64-megapixel triple rear camera and a 32-megapixel selfie shooter and boots Android 11-based ColorOS 12 out of the box.