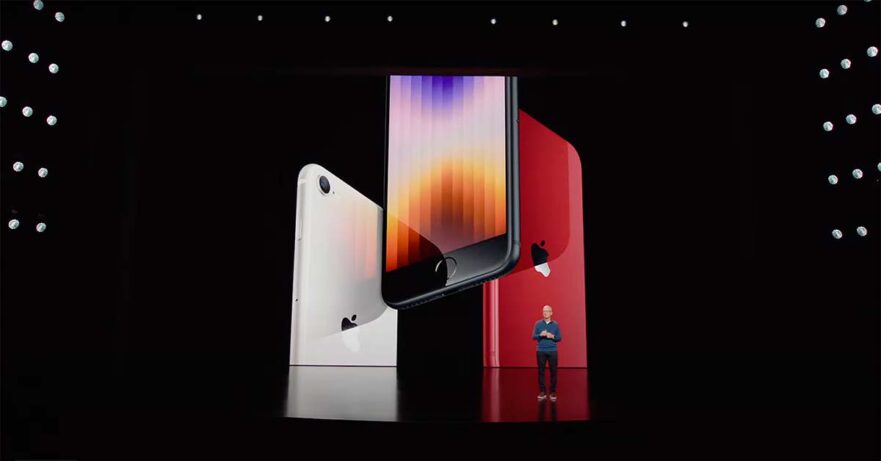 The dust has settled on Apple‘s Peek Performance event, which introduced the iPhone SE 2022 alongside the powerful Mac Studio, a revamped iPad Air with an M1 chip, and a green color option for the iPhone 13 family. Plenty of exciting stuff.

(Update, April 2: We have the 2022 Apple iPhoneSE preorder and release dates for the Philippine market!)

But back to the focus of this article: the latest iteration of Apple’s cheapest iPhone. And most powerful, might we add. The iPhone SE 2022 is powered by the latest A15 Bionic processor, the same one inside the iPhone 13 phones. On top of that, the third-generation SE brings sub-6GHz 5G support for super-fast internet where available.

Those based in Australia, Canada, China, France, Germany, India, Japan, the United Kingdom, the U.S., and more than 30 other countries and regions may already preorder the handset starting March 11, with availability beginning March 18.

Apple’s Peek Performance event, where it launched the third-generation iPhone SE, the powerful Mac Studio, a revamped iPad Air with an M1 chip, and a green color option for the iPhone 13 series

Unfortunately, those hoping for a redesign will be disappointed. The iPhone SE 2022 sports an identical chassis with unapologetically thick bezels as the previous models and sticks to just one 12-megapixel camera with f/1.8 optics at the back.

On the plus side, this same camera now comes with better noise reduction, HDR, and other software tricks, thanks to the A15 chip. Sporting a 4.7-inch display, it’s still as comfortable to use as ever, and Touch ID could be seen as a more favorable alternative to Face ID in today’s pandemic-hit world, because of how reliable it is.

Apple also says the SE refresh will deliver up to 15 hours of video playback, up to 10 hours of streaming-video playback, and up to 50 hours of audio playback on a charge. Those numbers are higher than what the previous-gen SE offered across the board, but with 5G onboard, the battery life might be a little disappointing.