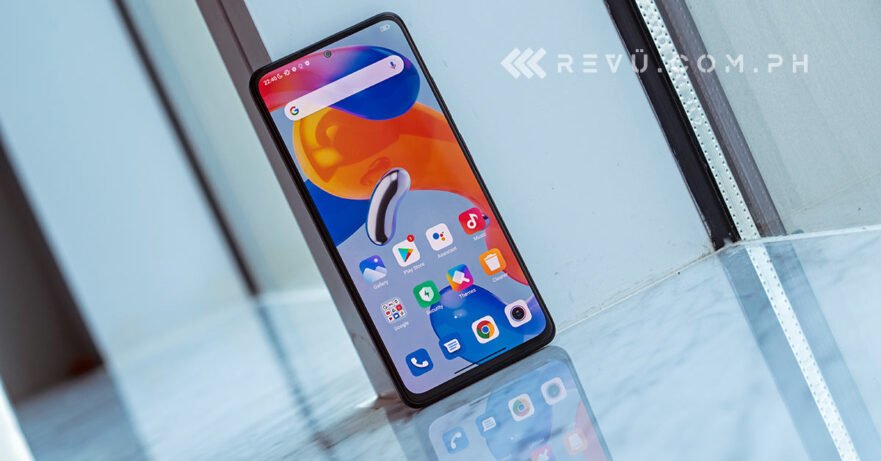 The Redmi Note 11 series is now official in the Philippines. After reviewing the standard Redmi Note 11, it’s time to set our sights on the Redmi Note 11 Pro 5G, the first phone powered by a Qualcomm Snapdragon 695 5G chipset in the country.

Unlike the standard variant, the Redmi Note 11 Pro 5G has front and rear panels made of glass. The front features durable Corning Gorilla Glass 5, while the back uses an unspecified type of glass with a matte finish on top. Similar to the rest of the phones in the series, however, the Note 11 Pro 5G features a plastic frame with an embedded fingerprint reader along the right-hand side, below the volume rocker.

It also packs stereo speakers, with a secondary speaker at the top next to the IR blaster, which turns your phone into a universal remote that you can use to operate home devices and appliances like TVs, set-top boxes, and air conditioners, among others.

For private listening, the Redmi Note 11 Pro 5G is equipped with a headphone jack. While not surprising given Xiaomi‘s history, you won’t find an audio port on many of today’s midrange handsets. It’s located along the top edge opposite the charging port, so the bottom of the phone doesn’t feel cramped when you have the charger and a pair of wired earphones plugged in.

The stereo setup supports Dolby Atmos and sounds good, even if the volume doesn’t go as high as we would like. If you like to listen to your music on the highest quality, this model also compels you to purchase your own set of wired headphones, unfortunately, as it doesn’t ship with one.

The Redmi Note 11 Pro 5G obviously takes its design cues from other models in the series (or maybe it’s the other way around?), adopting flat edges and a rectangular camera housing headlined by a larger main camera lens above the secondary and tertiary lenses. The primary camera bump is quite large, and it makes the smartphone wobble on a flat surface.

Size-wise, it is the largest model in the Note 11 lineup largely due to the screen size, although the flatter sides might help in gripping and operating the handset with one hand.

The #RedmiNote11S and #RedmiNote11Pro5G—this season’s must-haves! No matter which one you choose, you’re sure to experience an outstanding performance and a stunning design. Go head and pick the best one for whatever situation may arise! pic.twitter.com/StwP9ncVJc

The Redmi Note 11 Pro 5G is offered in Graphite Gray, Polar White, and Atlantic Blue colors. Our review unit has a solid-gray colorway, which doesn’t pick up fingerprints like crazy, thanks to its frosted rear glass panel. We think the two other color options are more attractive, but if you prefer a more minimalist look, the Graphite Gray option is the way to go.

Importantly, this device has an IP53 rating, which offers some splash resistance but no protection against water submersion. It’s fine with a bit of rain, too — a nice bonus for users who live in the Philippines and other countries with a tropical climate.

The Redmi Note 11 Pro 5G has a pretty sizable 6.67-inch Super AMOLED display with FHD+ resolution, DCI-P3 wide color gamut, and a 120Hz refresh rate. It’s noticeably bright as well, capable of offering up to 700 nits of typical brightness and 1,200 nits in auto-brightness mode in extremely bright conditions, at least according to the specs sheet.

The bezels on the AMOLED screen are reasonably thin, particularly at the top and along the sides, but the slight chin on the bottom can be a bit distracting because of how it compares with the other display borders. The hole-punch screen proved not to be a huge distraction when playing games and watching videos.

Curiously, Xiaomi doesn’t list HDR10 for the Redmi Note 11 Pro 5G on its official website. True enough, there’s no HDR here. So while the overall picture quality is good overall, some details can get lost in particularly light and dark areas of the frame.

Also, the phone only ships with Widevine L3 certification and not L1. That means you can’t stream HD content on Netflix, HBO, Disney+, Amazon Prime Video, and others that use Widevine DRM. Bummer. As expected, you also get an Always On feature for checking the time, date, battery level, and notifications without unlocking the display, plus plenty of lockscreen styles to choose from.

The screen supports 60Hz and 120Hz refresh-rate options. As you might expect, the 120Hz setting gives you buttery-smooth scrolling and operation in exchange for higher power drain, albeit not by much.

At the back, you get a triple-lens camera system with a 108-megapixel main sensor with phase-detection auto-focus. That sensor is paired with an 8-megapixel ultra-wide-angle option and a 2-megapixel macro shooter for closeups. You can skip the latter, as usual, especially if you are shooting indoors, or you simply have the time to fiddle with the zoom function of the primary camera.

The extra-wide focal length of the 8-megapixel camera is obviously more useful and delivers higher-quality shots, particularly in daylight conditions. However, the muddy details especially when shooting in medium- to low-light scenarios will limit its usefulness beyond its intended purpose of taking landscape shots and photos of groups of people.

There is no Night mode on the ultra-wide lens, and the difference can be, pardon us, night and day on the main shooter. Even in a particularly dim scene, you can still get some fairly usable photos out of the Redmi Note 11 Pro 5G after switching to Night mode.

Pro mode, on the other hand, offers several camera settings that you can tweak to help you take the best picture possible. And you can enable 108MP mode in the camera app to capture razor-sharp images you can enhance further in post.

For selfies, the Redmi Note 11 Pro 5G is equipped with a 16-megapixel camera mounted in a centered punch hole. It sits behind f/2.4 optics that gives you a pretty wide field of view for a front-facing snapper. 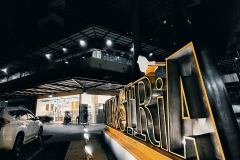 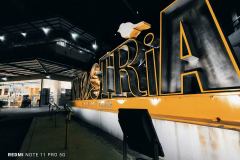 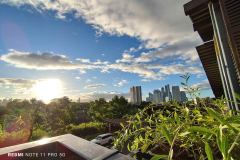 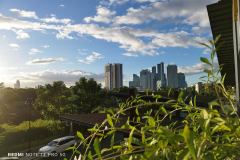 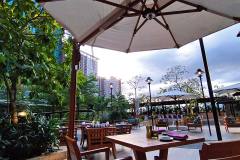 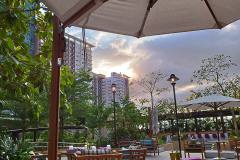 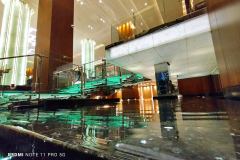 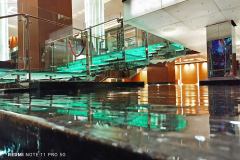 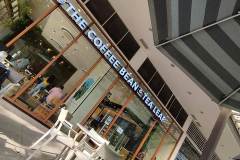 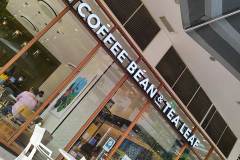 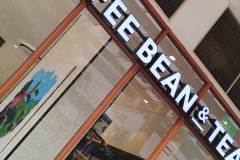 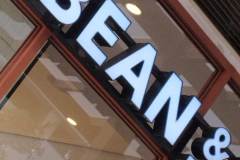 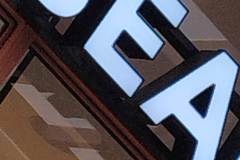 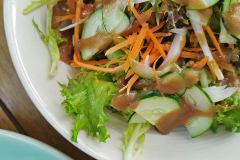 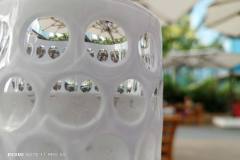 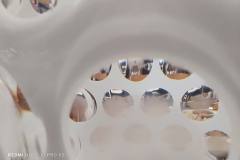 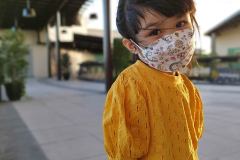 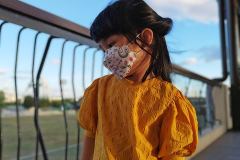 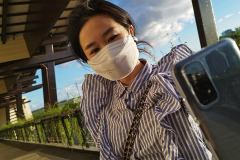 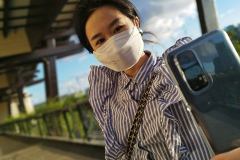 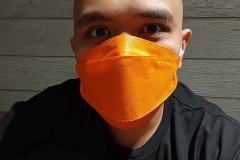 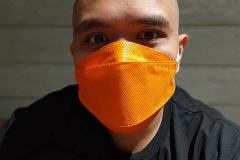 As you might expect, the phone can go spec-for-spec with any midranger out there. Under the hood, you get a Qualcomm Snapdragon 695 5G processor paired with Adreno 619 graphics, 8GB of RAM, and 128GB or 256GB of internal storage. The handset also comes with a virtual-RAM feature that lets you expand the RAM up to 11GB and improves the performance when running multiple apps. On the downside, it boots MIUI 13 based on Android 11 out of the box, and that’s not ideal considering how long Android 12 has been out. 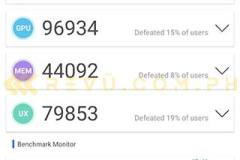 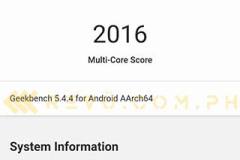 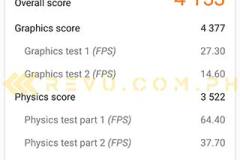 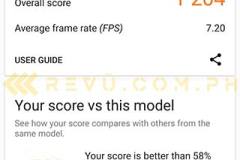 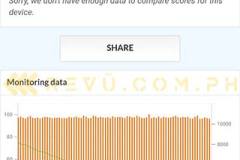 Xiaomi’s Game Turbo gaming overlay is present here, allowing you to quickly change the system settings, open a windowed version of an app, and switch to Performance mode without leaving a game. We tried playing Mobile Legends with a small Facebook window running on top of the game and didn’t experience any significant slowdown. Standing true to its Pro suffix, the handset’s multitasking potential is significant.

The Redmi Note 11 Pro 5G packs a 5,000mAh battery, which is actually keeping with the rest of the entries in the series. More impressively, though, the smartphone supports super-fast charging up to 67 watts using the included power brick and cable. Xiaomi says you can get as much as a 50% charge in just 15 minutes, or full capacity after 42 minutes plugged in.

In our experience, it is good for 0% to 100% in about 50 minutes. That’s still enviable, considering the beefy battery, which typically lasted us a day and a half between charges. With the screen set to 120Hz and internet browsing on 5G data, you’re probably looking at a full day of use on a charge.

Offering capable performance, long battery life, a fast and vivid Super AMOLED screen, and a huge rear-camera sensor, the Redmi Note 11 Pro 5G sets the bar for the category, while also putting some competing models to shame. If you want to save money — and 5G is not that important — the regular Note 11, which we reviewed recently, is a solid alternative from the same brand.

Another possible worthy candidate is the Realme 9 Pro series. It should launch in a matter of weeks, given all the teasers we’ve seen this month. Like the Redmi Note 11 Pro 5G, the Realme 9 Pro is powered by a Qualcomm Snapdragon 695 5G chipset, while the Plus variant upgrades to a more powerful MediaTek Dimensity 920 chip.