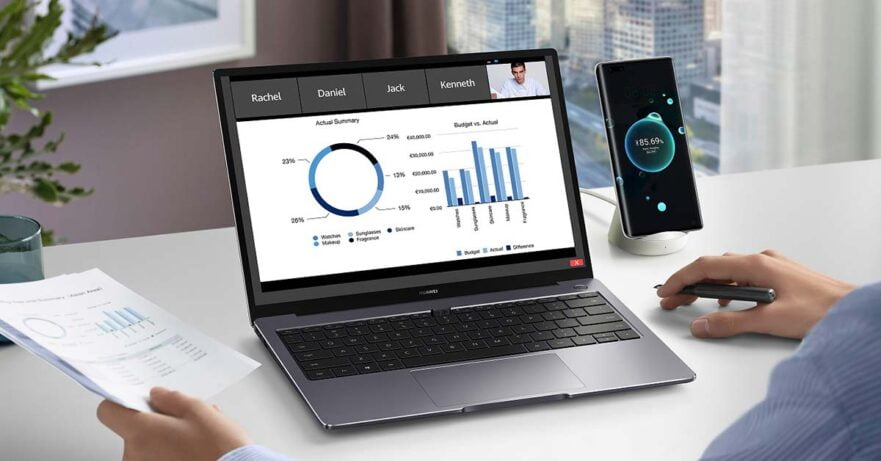 Another year, another MateBook cycle. Huawei has refreshed three laptops from its MateBook family, following the launch of the 2022 MateBook 14, MateBook D 14, and MateBook D 15 in the Philippines. All are powered by Intel’s 11th Gen Core processors built on a 10m process.

Locally, the new MateBook laptops have the following prices:

As an introductory offer, those who purchase the MateBook D series laptops between April 29 and May 31 will receive a free Huawei backpack worth P1,890 ($36), while the MateBook 14 will be bundled with a Huawei backpack and a pair of FreeBuds 4i TWS earbuds, worth a total of P10,598 ($202).

Buy now the new #HUAWEIMateBookSeriesPH and get freebies worth up to P12,488 until May 31!

The MateBook 14 recycles the chassis from the previous model and pairs an Intel Core i5-1135G7 processor with Iris Xe graphics, 16GB DDR4 RAM, and 512GB of storage with a 14-inch FullView Display with a 2K resolution and slim bezels. It boots Windows 11 out of the box, as expected, and uses a 56Wh battery that supports fast charging up to 65 watts. It also comes with a fingerprint power button as well as Huawei’s Super Device technology for quick and seamless pairing with other Huawei devices.

More about Huawei Super Device, a Smart Office solution that the company says will ‘democratize users from the complications and interruptions of working with a lot of devices, giving them a chance at a centered and focused creativity and productivity experience.’ Or you may check this out: Super Device is Huawei’s answer to increasing your productivity further

The MateBook D 14 and D 15 laptops, on the other hand, are built around the same Core i15-1135G7 CPU as the regular MateBook 14, but the D 14 comes with 8GB of RAM instead of 16GB. The D 15 arrives with 16GB memory. Apart from the RAM configuration, the most notable difference between the two MateBook D laptops is the screen size. Both feature a 1080p resolution and a content-friendly 16:9 aspect ratio as well.

The MateBook D 14 and D 15 are available in Space Gray and Mystic Silver colors, whereas the lone variant of the MateBook 14 sold here sports a gray finish.