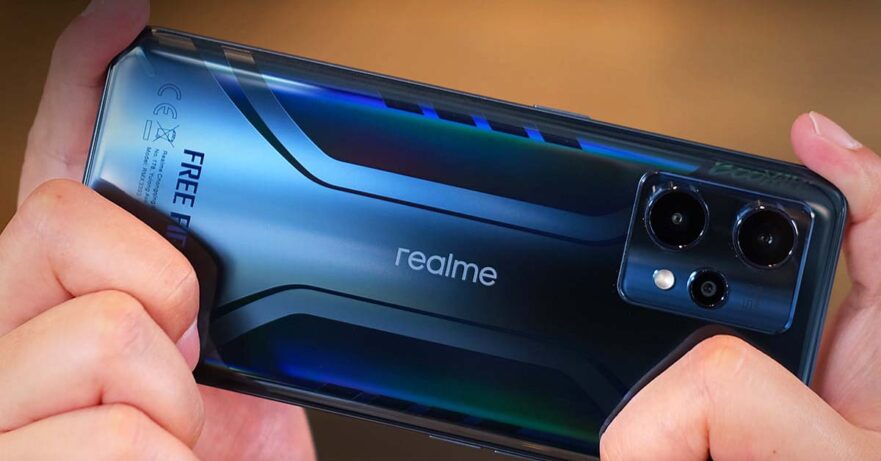 We already knew it was coming as early as February, when the series was launched globally. But this month, we finally got our first look at the Realme 9 Pro Plus Free Fire Limited Edition ahead of its April 12 debut.

What’s even better is that there are also pictures of an actual unit, courtesy of an online publication based in Thailand, where the smartphone will be launched first. It will arrive next in Indonesia, on the 14th, but we don’t have word yet on a Philippine release.

Based on the photos and official renders, it looks like you’re getting a different phone with this one. Maybe not specs-wise, no, but the cosmetic change is enough to warrant a second, more serious look at the device. We know of supposedly limited-edition models whose only difference with the regular variant is branding on the box. That’s it.

With the Realme 9 Pro Plus Free Fire version, you get a game-inspired 3D pattern on the back with the Free Fire branding and a theme, set of stickers, and retail box to match it. Even the SIM-eject tool screams Free Fire, designed like the FF knife, which is one of the weapons you can use in the game. To tell you frankly, it’s our favorite in the package, heh.

Check out the images of the Realme 9 Pro Plus Free Fire Limited Edition below, then compare the upcoming special variant with its sibling.

-The back of the phone features new design patterns & rainbow effect inspired from #FreeFire game.
-Other hardware specs are same as regular version.
(1/2)