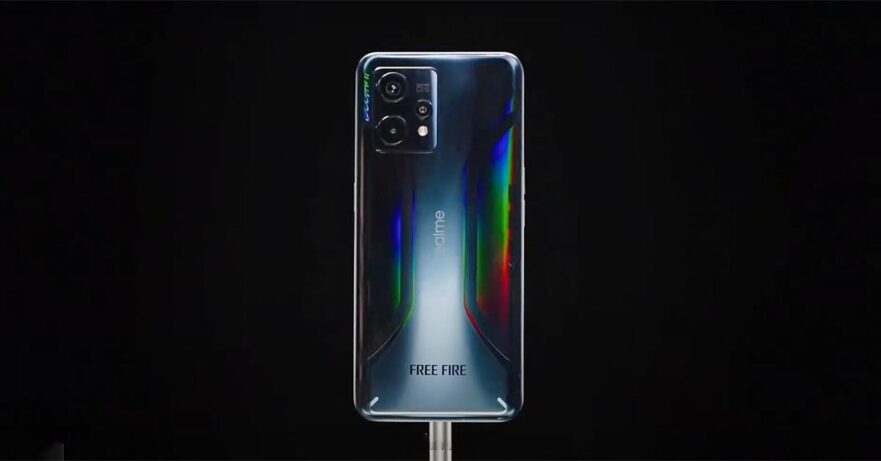 We got our first look at the Realme 9 Pro Plus Free Fire Limited Edition just last week. Now, the game-themed smartphone is official.

(Update, April 19: Check out the Realme 9 Pro Plus Free Fire Limited Edition’s price and availability in the Philippines!)

The world’s fastest-growing smartphone brand has finally launched the Realme 9 Pro Plus Free Fire Limited Edition in Thailand, where it costs ฿12,499, or roughly $373 or P19,386 converted. The special-edition phone comes with 8GB RAM and 128GB of internal storage.

Pricing and early-bird offers for the Thai market

The standard edition has a suggested retail price of P23,990 ($461) in the Philippines, but that’s for the 8GB/256GB storage model. Other than that, the Free Fire Limited Edition and regular variant share the same specs internally. Both sport a 6.4-inch AMOLED panel, a MediaTek Dimensity 920 5G chipset, and a 4,500mAh battery that supports 60-watt fast charging out of the box.

The Realme 9 Pro Plus Free Fire Limited Edition also packs a 50-megapixel rear camera with a flagship-level Sony IMX 766 sensor as one of its main attractions. It’s the same sensor as the one found in the OPPO Find X3 and X5 lineups, as well as the Xiaomi 12 series and Realme GT2 and GT2 Pro, and offers optical image stabilization as well as a Quad-Bayer filter that merges four adjacent pixels for brighter pictures with more vibrant colors.

Obviously, the Realme 9 Pro Plus Free Fire Limited Edition is a totally different phone on the outside, featuring a more aggressive design with holographic accents and the Free Fire branding against a dark-blue exterior. It ships in a Free Fire-branded retail packaging as well, and the box contents also take inspiration from various in-game items and characters.

We still don’t know if Realme will offer the smartphone in other markets other than Indonesia, but it hasn’t ruled that out either — so cross those fingers!