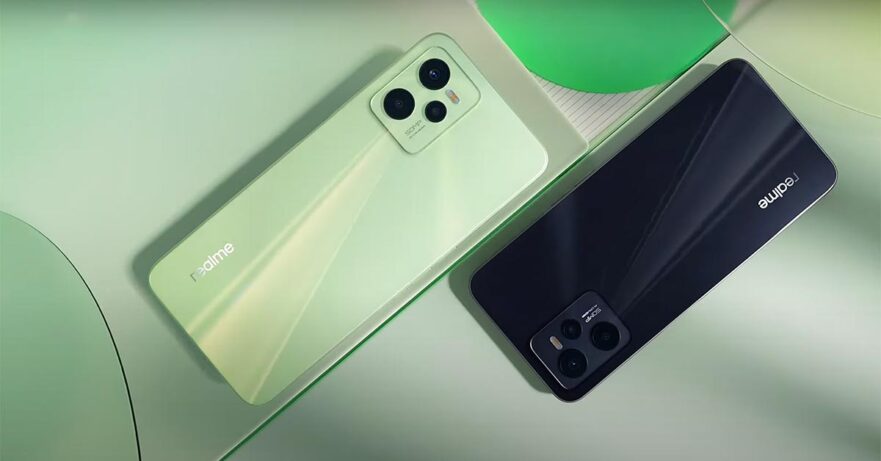 Back in February, Realme announced the Realme C35 budget smartphone. Now, it appears that the latest C series phone has quietly made its way to local shores, as evidenced by a listing we found last night at the official Realme store on Lazada.

(Update, May 18: And the Realme C35 is finally in the Philippines!)

(Update, May 14: We have the Realme C35 Philippine launch details!)

The store listing shows that the Realme C35 will carry a suggested retail price of P8,499 (around $162) for the lone variant with 4GB of RAM and 64GB of internal storage. It’s currently listed as unavailable, and there is no word on when it will go on sale. Glowing Black and Glowing Green are your color options.

The C35 is built on the same octa-core Unisoc T616 4G chipset as the Realme Pad Mini, which debuted in the Philippines last month with a P9,990 ($190) price tag for the base LTE model with 3GB RAM and 32GB storage. Its predecessor, the C25, paired a MediaTek Helio G70 chip with a massive 6,000mAh battery and a triple-camera array headlined by a 48-megapixel camera.

The Realme C35 sports a 6.6-inch waterdrop display with FHD+ resolution and a 180Hz touch-sampling rate. Its primary rear camera is 50 megapixels, assisted by dedicated macro and monochrome sensors, while the camera up front packs an 8-megapixel sensor for selfies and video chat.

Curiously, the handset uses a 5,000mAh cell, which is smaller than its predecessor’s, but it still supports fast charging up to 18 watts over a modern USB-C port. Another notable spec is Android 11-based Realme UI R Edition, which is basically a variant of Realme’s UI overlay that offers a near-stock Android experience.