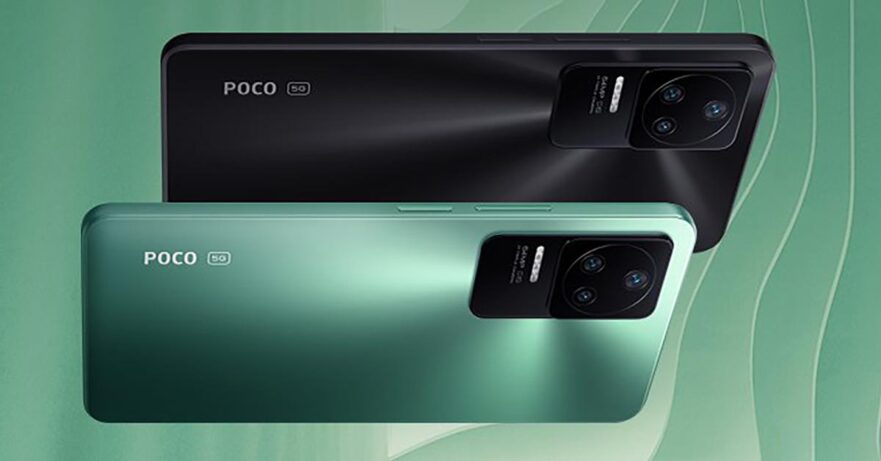 Exactly 10 days since it started teasing its next F series phone, POCO finally announces when the device will be launched.

In a tweet posted just now, the former Xiaomi sub-brand says the POCO F4 5G will get its global debut a week from today, on June 23. And surprise, surprise! It’s coming alongside the POCO X4 GT.

🔥About to introduce #AllTheStrengths you need🔥
Bringing you not one, but TWO new devices!

The POCO F4 5G is rumored to be a tweaked version of the Redmi K40S model that became available in China. And everything that POCO has revealed thus far seemingly confirms that.

We already know that the F4 5G is powered by a Qualcomm Snapdragon 870 chip paired with up to 12GB of LPDDR5 RAM and 256GB of UFS 3.1 storage. There’s an improved cooling system that helps the unit stay cool even when under pressure. There’s a fourth-generation of E4 Super AMOLED screen with TrueColor technology, 1,300 nits of peak brightness, 100% DCI-P3 color gamut, and support for HDR10+. Even the design is quite similar to that of the Redmi handset, too. It’s just that the F4 5G features a 64-megapixel — not 48-megapixel — main OIS camera.

The POCO X4 GT, on other hand, got certified by Thailand’s National Broadcasting and Telecommunications Commission a week ago.

According to the grapevine, the smartphone is a rebrand of the Redmi Note 11T Pro that was unveiled in China in May. If true, then the X4 GT features a MediaTek Dimensity 8100 5G processor, a 5,080mAh battery with 67-watt fast charging, a 6.6-inch LCD screen with a 144Hz refresh rate and support for HDR10 and Dolby Vision, a 64-megapixel triple rear camera, and a 16-megapixel selfie sensor up front.

Will the POCO F4 5G and POCO X4 GT arrive in the Philippines, too? We sure hope that at least one of them will.