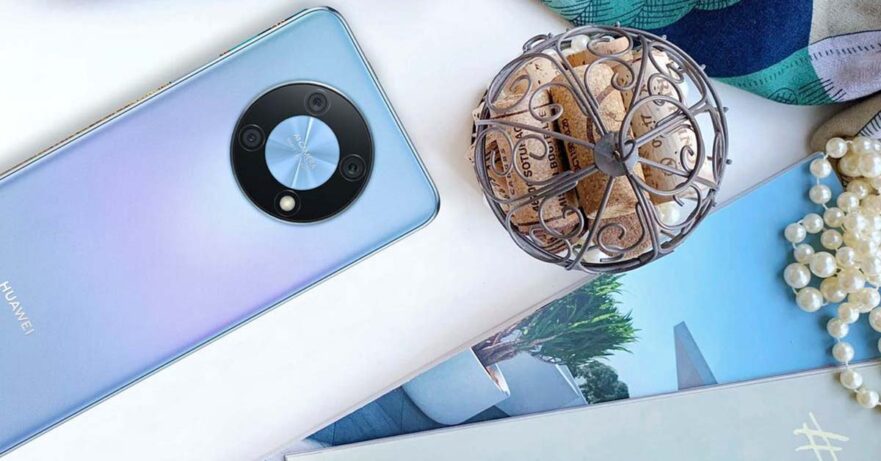 The smartphone Huawei announced at its APAC Smart Office Launch 2022 in Thailand is set to go official in the Philippines soon.

(Update, August 14: The Huawei Nova Y90 is now up for preorder in the Philippines!

While the technology giant didn’t say what the model is yet, the device in the teaser image it just posted shows the Huawei Nova Y90 — so yes, expect it to launch in the country August 12.

Just like other Nova phones, the Y90 is targeted at tech-savvy young millennials and Gen-Z users who are after a stylish yet reasonably priced handset that doesn’t compromise on performance. It sports a metallic body and the iconic Huawei Space Ring design that we’ve seen on more premium units such as the Huawei Mate 40 Pro.

Up front is a 6.7-inch Edgeless FullView Display with ultra-narrow bezels and a screen-to-body ratio as high as 94%. The LCD screen’s 90Hz refresh 270Hz touch-sampling rates should make the visuals look faster and smoother. Expect features that are aimed at protecting your eye’s health as well.

For taking pictures and videos, the Huawei Nova Y90 features a 50-megapixel triple rear camera with upgraded night-shooting capabilities. Think Super Night Shot coupled with the company’s 4-in-1 pixel-binning technology and RAW multi-frame fusion algorithm for improving an image’s dynamic range. The system also supports Front/Rear Dual-view Video, so you can record using the front- and back-facing cameras simultaneously. You also get an 8-megapixel selfie camera in a center punch-hole cutout.

Another highlight of the Nova Y90 is its 5,000mAh battery, which can supposedly “support up to 34 hours of talking on the phone, 15 hours of watching videos online, 12 hours of gaming, 12 hours of scrolling through short videos, and even up to 418 hours of standby time.” Better yet, it has support for 40-watt fast charging using the bundled SuperCharge power brick for a 50% charge after just 30 minutes plugged in.

Huawei Philippines will most likely announce the Nova Y90’s local price and availability details on the 12th, too, so stay tuned.