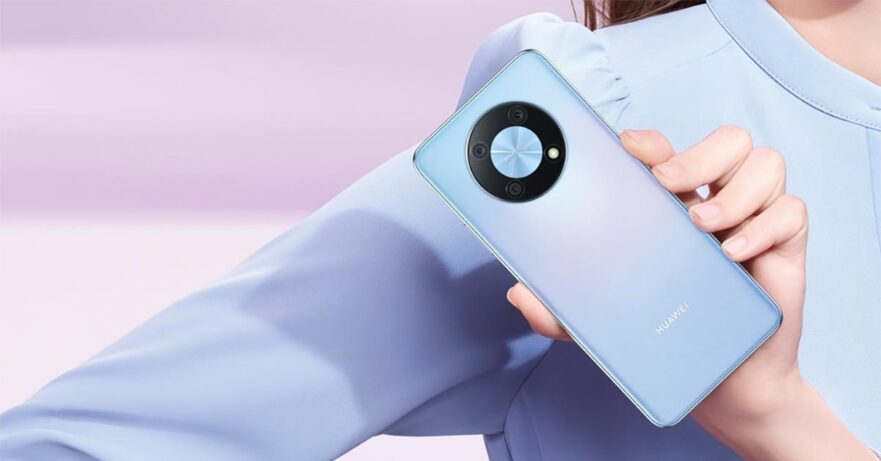 Huawei recently held its APAC Smart Office Launch 2022 in Thailand, where it showed off a wide assortment of products coming to the Philippines, including the MateBook D 16 and MateBook 16s, two big-screen laptops powered by Intel’s 12th Gen Core H-Series processors.

(Update, August 14: The Huawei Nova Y90 is now up for preorder in the Philippines!)

The company also officially unveiled the Huawei Nova Y90, also known as the Enjoy 50 Pro in China and which is now selling in Malaysia for RM999 (roughly P12,422). Unfortunately, price and release date for the Philippine market are not available at the moment, though we expect that to change soon. (Update, August 3: We have the Philippine launch date!)

Specifically designed for younger users who want a stylish yet affordable smartphone that doesn’t compromise on performance, the Huawei Nova Y90 has a premium metallic body available in a variety of attractive colorways, including emerald green and bluish-purple. It features a circular camera housing on the back — or what the brand calls “Space Ring,” similar to what we’ve seen on the Mate 40 series.

Another highlight here is the 6.7-inch Edgeless FullView Display, which features some of the smallest bezels we’ve seen on a midrange device, excluding the chin, of course. The LCD screen has a 90Hz refresh rate and a 270Hz touch-sampling rate to make the visuals look faster and smoother.

The main camera is 50 megapixels and is joined by a pair of 2-megapixel cameras for portraits and macro shots. The triple-camera setup brings some software features from Huawei’s more expensive smartphone lineups, including Super Night Mode, AI Snapshot, and Dual-View video recording using the rear and front cameras simultaneously. Elsewhere, you get an 8-megapixel selfie camera in a center punch-hole cutout.

Inside, the Nova Y90 is powered by a 6nm Qualcomm Snapdragon 680 4G chipset kitted with Adreno 610 graphics, 8GB RAM, and 128GB of internal storage. The phone runs EMUI 12 out of the box, instead of HarmonyOS 3.0 like the Enjoy 50 Pro.

There’s also a 5,000mAh battery that supports 40-watt fast charging using the bundled SuperCharge power brick. The company claims the Huawei Nova Y90 can get a 50% charge after just 30 minutes plugged in, which is impressive given its sizable battery.