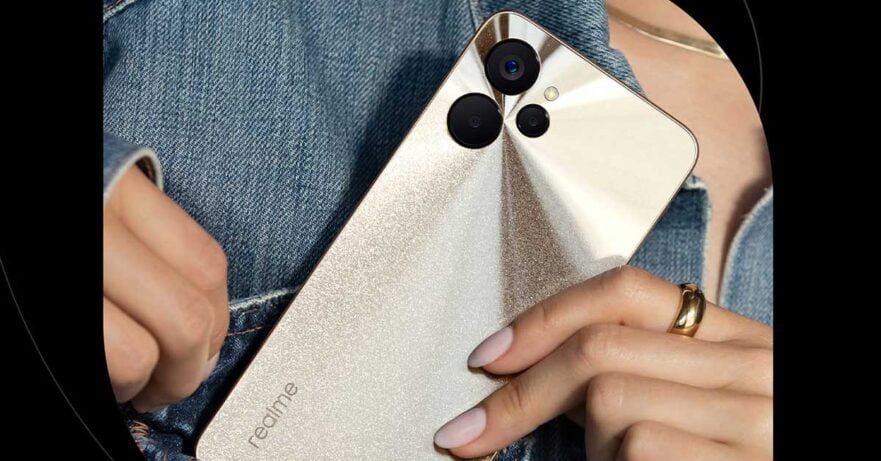 A new Realme 9 series phone is about to go official, and confirmed details have started to trickle in.

The brand has shown the full back design of the Realme 9i 5G, which was previously confirmed to launch in India August 18. Realme calls the look Laser Light, in keeping with the lineup’s “light and reflection” inspiration. It has also revealed these details to describe the device’s appearance:

We’re fond of many things golden and sparkly, so you can’t blame us if we find the Realme 9i 5G stunning. We hope that it’s as premium-looking in person as the teaser pictures make it out to be.

There are three cameras on the back, just like the 4G version of the Realme 9i, but they are not placed in a module. Unfortunately, we don’t know what kind of sensors the handset has, but word has it that the other specs of 5G-enabled 9i are the same as those of LTE-based one.

SEE ALSO: Realme 9i review: An upgrade here, a downgrade there

The company will reveal more key information on the smartphone here before the unveiling, so visit the said page if you want to be updated ahead of everyone else. As for the Realme 9i 5G’s availability outside India, there’s a big chance that it will be released in other countries, too, because Realme Global has started teasing the phone. Hopefully, the Philippines is one of them.