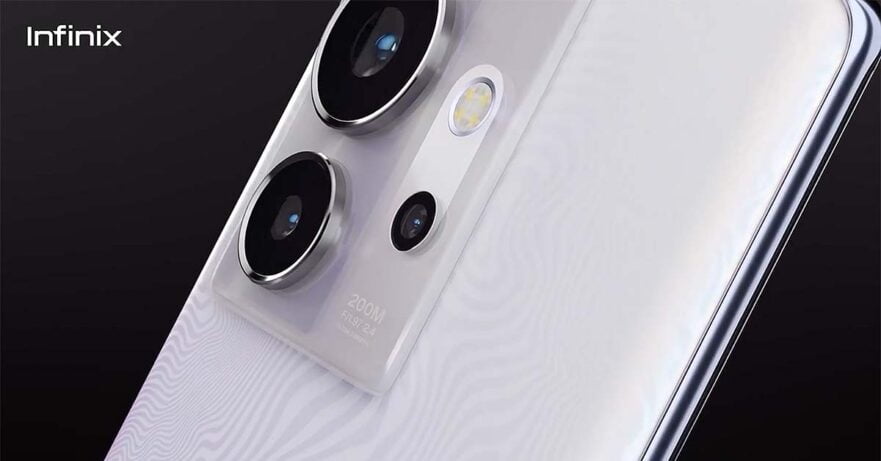 Remember the 180-watt Thunder Charge fast-charging technology that Infinix Mobile debuted in June? The one that can charge a 4,500mAh battery from zero to 50% in just 4 minutes, or zero to full in 13 minutes? Apparently, it’s coming to a flagship phone — the Infinix Zero Ultra 5G, to be precise — launching soon.

(Update, October 3: The Infinix Zero Ultra 5G’s preorder page is up in the Philippines ahead of the phone’s October 5 global launch!)

Even better, the Zero Ultra 5G will come with other exciting technologies when it makes its debut on October 5, which is only a week from now. General retail sales will reportedly start the following day, October 6, but we don’t know if the device will ever make it to the Philippines. Nonetheless, here’s everything we know so far about the brand’s boldest and most ambitious smartphone yet.

Will launch with Infinix’s own NFTs

NFTs or non-fungible tokens, anyone? Apparently, the global announcement of the Infinix Zero Ultra 5G will coincide with the launch of the company’s own crypto assets. We obviously know little about this at the moment, but interested fans and collectors can enter a raffle for a chance to own a token from the Infinix Xboy Explorer collection.

Based on the teasers Infinix has shared on social media, the Zero Ultra 5G will come equipped with the company’s Thunder Charge charging tech, which works at a rate of 180 watts. This should be enough to 100% charge — or pretty close to it — as hinted at by Infinix’s consistent use of the hashtag #ExploreBeyondIn12mins.

In a tech demo, the 180-watt Thunder Charge standard was shown to be capable of fully recharging a 4,500mAh battery in only 13 minutes. With some tweaking, the same technology should be able to top up the Zero Ultra 5G in less time.

Another confirmed spec is the inclusion of a 200-megapixel image sensor on the back of the Zero Ultra 5G, which would make it the first Infinix device and third smartphone after the Motorola Moto X30 Pro/Edge 30 Ultra and Xiaomi 12T Pro, to pack such a large sensor. And although Infinix has yet to spill the details about its upcoming flagship, we could assume that the phone would use a Samsung Isocell HP1 unit, the same sensor on the said Moto and Xiaomi models.

Based on what we know about the Isocell HP1, it can output photos at different resolutions based on the available light. In poor lighting conditions, it will combine pixels in a 4-by-4 binning method to achieve 12.5-megapixel images with a large 2.56μm pixel size. When shooting outdoors or in ideal light, the sensor uses 2-by-2 binning and produces 50-megapixel pictures with 1.28μm individual pixels or natively at 200 megapixels with 0.64μm pixels, providing you with sharper resolution as needed.

It will be optically stabilized as well, to ensure sharp photos even in low light and less shaky footage. The rear setup is paired with a quad-LED flash module.

Will arrive in black and white colors

Prior to the teasers, live images and renders were leaked a few days ago, showing the front and rear designs of the Infinix Zero Ultra 5G and its color options. The smartphone will have black and white variants, each sporting a different textured surface for added flair and to provide additional grip to the back of the unit. Both colorways have been confirmed since then, and now we only have to wait less than a week to see the handset in all its glory.

In addition to debuting a 200-megapixel sensor and one of fastest wired-charging standards on a smartphone, the Infinix Zero Ultra 5G will sport a 6.8-inch curved FHD+ OLED display with an embedded fingerprint sensor and a 120Hz refresh rate for a smoother experience.

AliExpress, meanwhile, shows the Zero Ultra 5G arriving with a 6nm MediaTek Dimensity 920 chipset alongside 8GB RAM and 256GB of internal storage. The online retailer also lists a 32-megapixel front camera, a 4,500mAh cell, and a custom Android overlay likely based on Android 12.

Okay, cool. But what about the price?

According to AliExpress (via GSMArena), the Zero Ultra 5G could retail for around P59,000 or roughly $999 converted. However, we have it on good authority that the suggested retail price will be much lower than that. We’ll know for sure next week, so check back with us then for the official details.