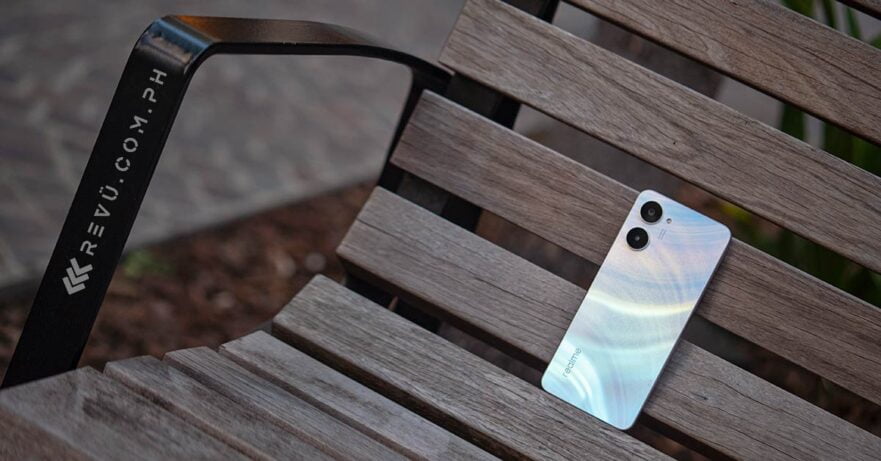 Exciting times! Realme Philippines, the country’s top smartphone brand for six consecutive quarters based on IDC reports, has announced that the latest addition to its mainstream number series will be launched locally at 3:30 p.m. on November 9.

(Update, November 9: The Realme 10 has been launched globally! Click on this for its Philippine price, promos, and availability.)

Yes, the Philippines will be one of the first countries to introduce the Realme 10, alongside other global markets, including India. Be one of the first to buy it from Lazada or Shopee between November 11 and November 13, and get up to P2,000 (around $34) off the still-to-be-revealed suggested retail price.

We already have the device, so today, we’re sharing with you our first impressions of the vanilla 4G model, as well as photos taken with it.

The main highlight here is the MediaTek Helio G99 4G chipset inside. The processor uses an up-to-date 6nm process node, so expect good to great battery life in between charges. Performance-wise, the Helio G99 is a good comparison for the Qualcomm Snapdragon 680 that’s popular among midrange devices in 2022 and is also built on a 6nm process. Or so we thought.

Comparing the two, we found that our Helio G99-based Realme 10 delivered much higher benchmark numbers than our Realme 9 running on a Snapdragon 680 SoC. It also achieved a longer runtime on PCMark’s battery-life test — 17 hours versus 15 hours and 59 minutes on the Realme 9 using similar test conditions. The Helio G99 handily beats the Snapdragon 680 across all performance indicators we checked, including power efficiency.

Gaming-wise, we weren’t expecting flagship-grade performance out of our review unit, but we were pleasantly surprised. The Helio G99 is MediaTek’s most powerful 4G chip to date — and it doesn’t disappoint. Mobile Legends, in particular, ran smoothly with the graphics settings turned all the way up. And though Genshin Impact understandably gave the Realme 10 the most trouble, the game was playable at the highest settings. The Realme 10 likewise offers virtual RAM support out of the box, allowing you to expand the RAM up to an additional 5GB with unused storage.

True to the leaks, the Realme 10 features a new design language without a camera island and two big camera lenses on the back. It sports an iPhone-like rectangular frame, too, and has chamfered edges to provide additional comfort along the sides. It’s evident that Realme is going for a more minimalist look this time around; however, that doesn’t mean the white variant we have lacks flair. It’s called Clash White — and it really looks the part, displaying contrasting orange, purple, and blue hues and curved light streaks set against a sparkling, glittery finish.

It’s an aesthetic better viewed than described, but if you want a more subtle design, the Realme 10 will be available in a grayish colorway as well. The white version has a fingerprint-resistant surface, which is nice since we don’t want to hide the flashy exterior of our review unit under a gray silicone case.

All the buttons, including the power key with an embedded fingerprint reader, can be found on the right side. It’s a welcome change from the previous-gen model, the Realme 9, which separated the volume rocker and power button on the left and right, respectively. As a result, the hardware keys on the Realme 10 are more accessible and ergonomic, at least for us right-handed users. We also like that the side-mounted fingerprint sensor is found right where your thumb would fall on the frame — not too high or low on the right.

As usual, the USB-C port, headphone jack, and speaker grill can be found at the bottom, with a single speaker responsible for the sound in loudspeaker mode. Speaking of which, the volume level of the Realme 10 can go up to 200% in Ultra Volume mode, great if you’re sharing your media with a group or someone else as long as you don’t mind the noticeable difference in audio quality.

Up front, you get a punch-hole Super AMOLED screen with FHD+ resolution and a 90Hz refresh rate. It’s basically the same display we got on the Realme 9, so don’t expect any notable upgrades on the display front. The screen size is decent for streaming HD videos on Netflix and other streaming services (yes, Widevine L1 certification is present here), and the picture quality is pretty good because of the AMOLED panel.

The Realme 10 selfie camera housed in the top-left corner has a 16-megapixel sensor to go along with a pretty wide lens. The selfie shooter supports software-driven Portrait mode, which allows you to change the intensity of the background blur via a slider.

On the flip side, the rear camera has a 50-megapixel main image sensor accompanied by a secondary sensor for portraits. There’s no ultrawide or macro camera here, like on the Realme 9, so you’re basically shooting with the primary camera all the time, except when you’re taking selfies. But even though the Realme 10 has a less versatile camera setup than what came before, it’s still a capable shooter even in low light, thanks to its four-in-one binning process that combines the data from four pixels to produce a better image. 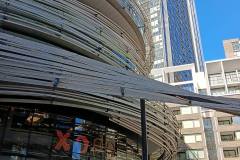 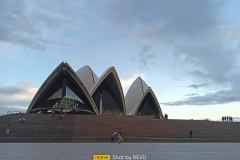 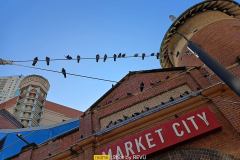 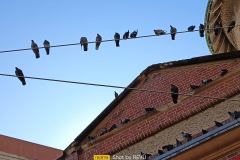 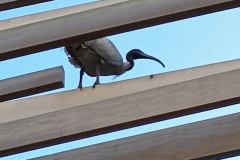 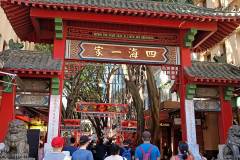 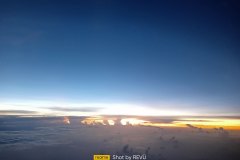 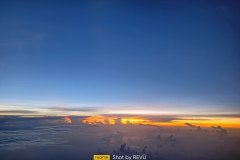 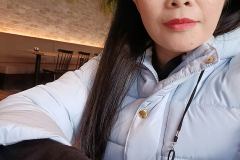 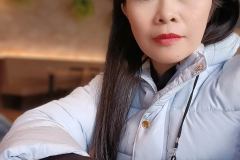 Sample shots, all taken in Australia

Elsewhere, the battery is rated at 5,000mAh and supports the 33-watt SuperVOOC standard, same as the previous model. Realme says the battery can go from zero to 50% after just 28 minutes plugged in, just about enough for a full day’s worth of usage with the refresh rate set to 60Hz.

The Realme 10 is shaping up to be a worthwhile midrange option, especially if you’re after above-average gaming performance on a budget. The screen and battery life are high points as well, and the SoC doesn’t seem to be prone to overheating. Check back next week when the embargo lifts for more details, including our full review and the smartphone’s pricing and availability in the Philippines.