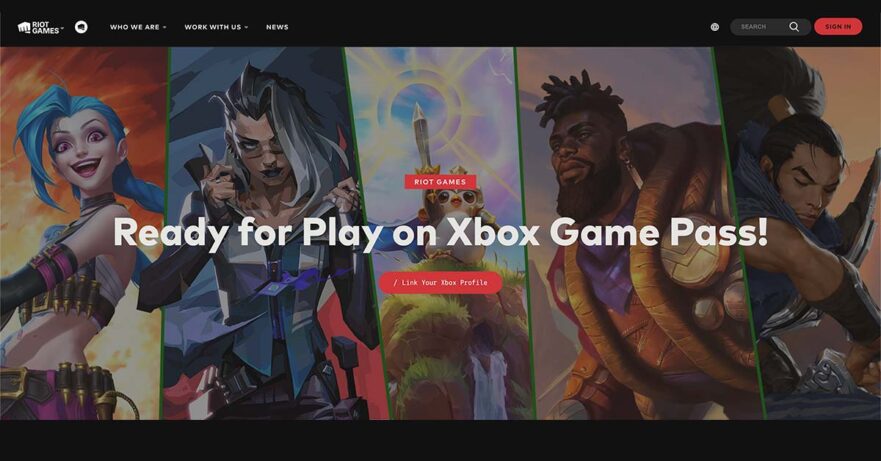 Microsoft and Riot Games, the publisher of League of Legends, League of Legends: Wild Rift, and Valorant, recently announced a partnership that brought tons of exclusive content to Game Pass subscribers, giving members access to tons of perks and rewards as long as their subscription remains active.

If you have an existing Game Pass Ultimate or PC Game Pass sub, here’s how you can unlock benefits within Riot’s games, including Valorant, League of Legends, League of Legends: Wild Rift, Teamfight Tactics for both mobile and PC, and Legends of Runeterra.

And by “benefits,” we mean heaps of agents, cards, champions, and XP boosts depending on the game. Game Pass members who play Valorant will be able to use all agents, in addition to day-one access to every new agent as it is released.

League of Legends players, meanwhile, will get to play all current champions, though Game Pass owners in Hong Kong, Indonesia, Malaysia, the Philippines, Taiwan, Thailand, Singapore, and Vietnam will have to wait until January 2023 to unlock all the benefits for both League of Legends and Teamfight Tactics. Perks for Wild Rift, on the other hand, will unlock beginning January next year.

As a bonus, linking your Xbox profile to a Riot account until January 1, 2023, will net you extra in-game rewards, such as a Prismatic Chest (Legends of Runeterra), a Masterwork Chest and Key (LoL), and a Pocket Sage Buddy (Valorant).

Another thing to keep in mind is that unlocking champions through Game Pass isn’t synonymous with full ownership, so you’ll still have to buy a champion to be able to use a skin for him or her (or it?). Sounds about right considering access to the contents and rewards is tied to your membership status.

If you own a PC and a Game Pass subscription, here’s how you can get access to Riot’s exclusive trove of benefits:

After linking your accounts, you should get a notification that your in-game perks are now unlocked. Microsoft says the unlocking process can take up to 24 hours. You may also see an Xbox sign-in icon in supported Riot games, such as Legends of Runeterra, so be sure to choose that when logging in.