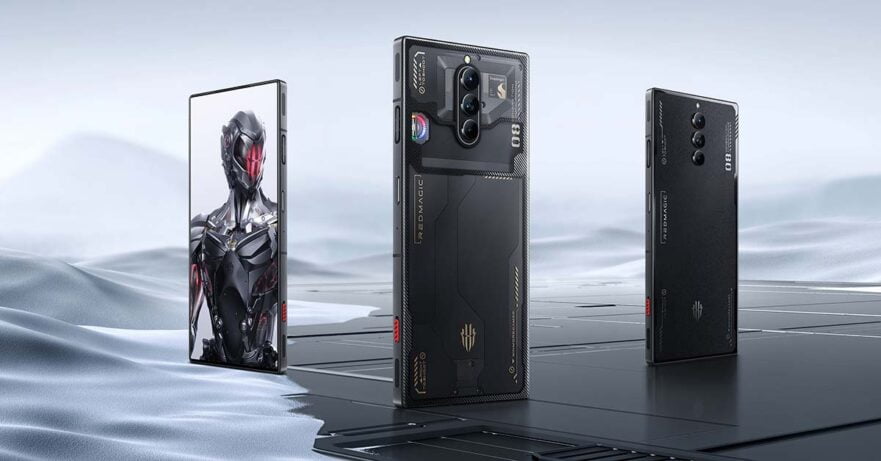 One of Nubia‘s latest gaming beasts has gone official on international shores.

The RedMagic 8 Pro, which debuted in China in end-December 2022, has been launched globally, making it the second Qualcomm Snapdragon 8 Gen 2 smartphone to launch outside the Chinese market. The chip that powers most of the best-performing Android flagship phones gets paired with up to 16GB of LPDDR5x RAM and 512GB of UFS 4.0 storage and Red Core 2, RedMagic’s upgraded dedicated gaming chip. The latter is designed to offer real-time adjustments on the shoulder triggers, vibrations, touch, and sound effects during gameplay for a better gaming experience.

The RedMagic 8 Pro is also one of a handful of handsets that come with an under-camera display — one that is said to be the industry’s first ultra-narrow bezel flexible full screen. The panel measures 6.8 inches, is of the AMOLED kind, and has a Full HD+ resolution, a 120Hz refresh rate, and up to 960Hz touch-sampling rate.

There’s a 6,000mAh battery that supports up to 65-watt of fast charging. You’ll find a triple-camera setup headlined by a Samsung GN5 camera on the back. The Vapor Chamber liquid cooling plate is now larger and double-layered. It ships with Android 13-based Red Magic OS 6.0 out of the box. It is HDMI- and USB-compatible with TVs and can be connected to monitors with type-C cables. Oh, and there’s a new brand logo here, too.

So, how much is the RedMagic 8 Pro and where is it going to be available for purchase? The gaming phone can be ordered starting February 2 from the official RedMagic global website. Check out the respective prices of each variant below:

The RedMagic 8 Pro will be released in the following countries and regions: