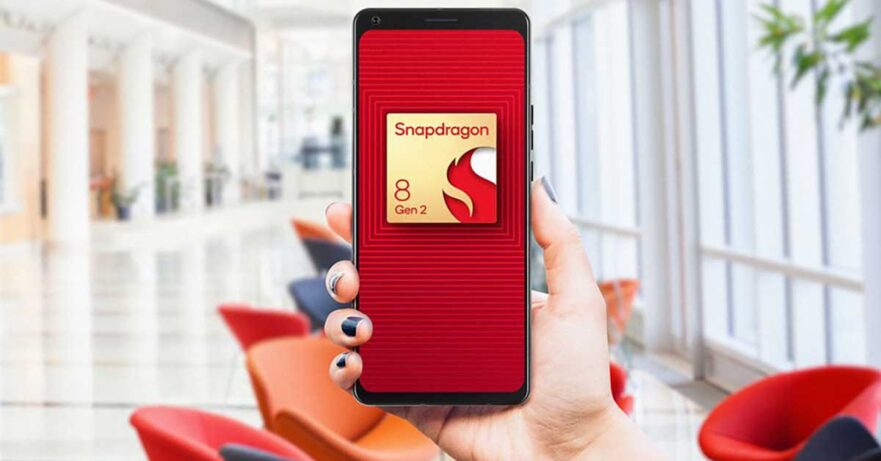 The Snapdragon 8 Gen 1 is one of the fastest smartphone chips we’ve ever tested, though it faced some serious competition in the MediaTek Dimensity 9000 and Dimensity 9000 Plus SoCs. If you’ll recall, the latter powers the ASUS ROG Phone 6D Ultimate we reviewed last month.

The Snapdragon 8 Gen 2 builds on the high-end performance delivered by last year’s Snapdragon 8 Gen 1 and Snapdragon 8 Plus Gen 1 platforms and is manufactured by TSMC using its 4nm process, similar to the Plus model. It will compete with devices based on the MediaTek Dimensity 9200 chipset, which got upgrades across the board, including the CPU.

According to Qualcomm, the Snapdragon 8 Gen 2 promises 35% faster performance as well as 40% better power efficiency compared to the previous generation, thanks to a new core layout and improvements to the AI. Interestingly, Qualcomm has opted for a “1+4+3” configuration instead of the typical “1+3+4,” meaning the Snapdragon 8 Gen 2 boasts one prime core, four performance cores, and three efficiency cores.

We know, it’s mind blowing that one tiny mobile platform could fit all of these powerful technologies and features — but providing you the ultimate connected experience is kind of our whole thing. Learn more about the #Snapdragon 8 Gen 2 Mobile Platform: https://t.co/51zEQ15MHK

Another notable spec is that the performance cores are divided between two A715 cores and two A710 cores. The A715 is said to be up to 20% more power efficient and 5% faster than the A710.

On the graphics front, the Snapdragon 8 Gen 2 packs the new Adreno GPU with Vulkan 1.3 — a first for any mobile GPU — along with OpenGL ES 3.2 support and AV1 video decoding for streams up to 8K at 60 fps. It also brings hardware-accelerated ray tracing to smartphones and tablets.

The first devices powered by the Qualcomm Snapdragon 8 Gen 2 chip will be available before 2022 ends, but expect more releases at the start of next year. As expected, the chipmaker has partnered with major Android makers for its latest SoC, listing the following in its press release:

Curiously, there is no mention of Samsung and its upcoming Galaxy S23 series, though we know that the Korean OEM has extended its partnership with Qualcomm earlier this year.