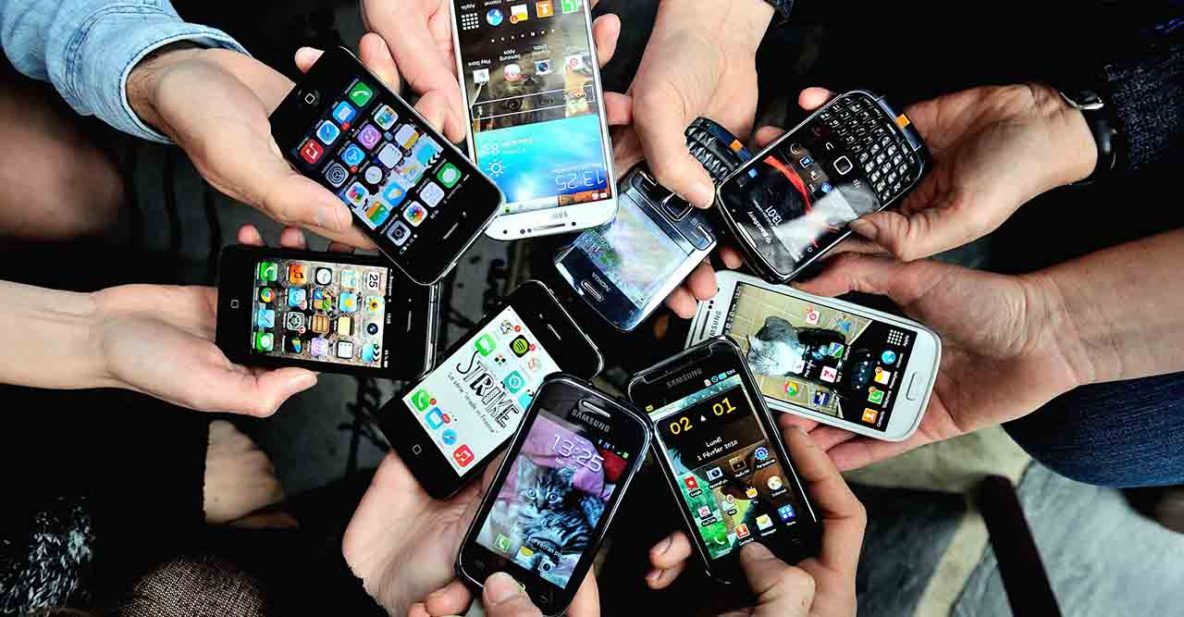 INDIA’S local phone makers were beaten in their home country — by their Chinese counterparts, a new report said recently.

The latest study from Canalys saw China-based OEMs [original equipment manufacturers] account for over 46 percent of smartphones shipped to India, behind market leader Samsung, which had a 22 percent share.

The figures are based on data compiled from the fourth quarter of 2016. Shipments for the quarter reached 28.1 million units, representing a 4 percent increase from last year’s 27 million. 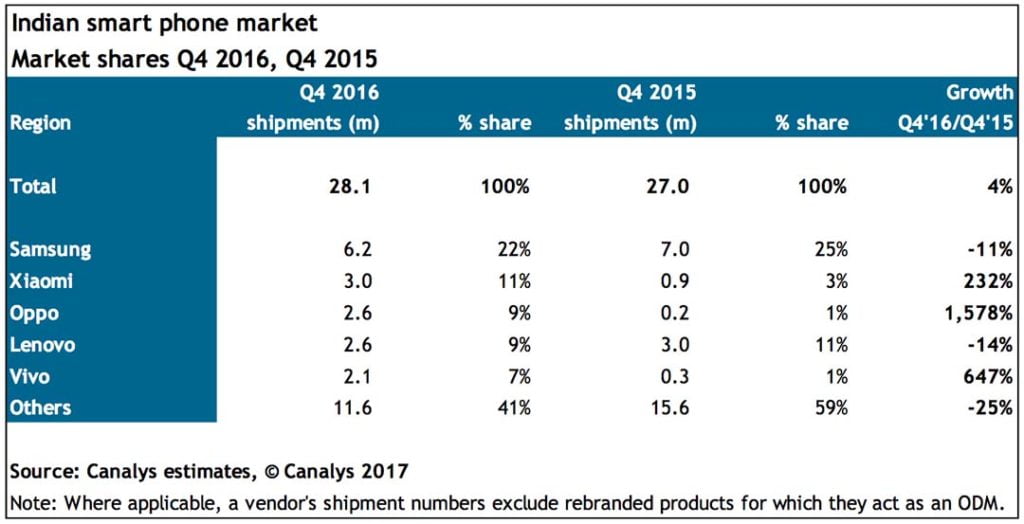 Top 5 smartphone brands in India (Q4 2016), according to research-firm Canalys

Xiaomi was ranked second with an 11 percent market share, and OPPO and Lenovo tied for third place, capturing an estimated 9 percent of the market. Rounding out the top 5 vendors was Vivo with 7 percent share. With the exception of Samsung, the brands that dominated the Indian market all hail from China.

And their dominance came at the expense of homegrown names Intex, Lava, and Micromax, whose collective market share dropped from 30 percent in the fourth quarter of 2016 to 11 percent in the same period last year. Ouch.

With the exception of Samsung, the brands that dominated the Indian market all hail from China. And their dominance came at the expense of homegrown names Intex, Lava, and Micromax.

Curiously, the report put the blame on the Indian government’s demonetization of 500 and 1,000 rupee banknotes in early November, citing the cash shortfall slowed consumer spending in offline retail, where India’s local brands make most of their sales. Samsung’s share also dipped, but only by 3 percent.

The biggest winners last quarter were OPPO, Vivo, and Xiaomi, in that order. OPPO moved 2.6 million units in the said period, up from 150,000 a year ago. Vivo sold over 2 million handsets past quarter, while Xiaomi grew by 232 percent year over year.

The biggest winners in the fourth quarter of 2016 were OPPO, Vivo, and Xiaomi, in that order.

According to Canalys, OPPO’s expanding offline presence and celebrity sponsorships contributed to its sales surge, whereas Xiaomi’s unflinching focus on Indian customers continued to pay off handsomely.

It should be no surprise that India is widely considered the next growth frontier for handset makers after China. It is currently the world’s second-largest, not to mention fastest-growing, market for smartphone users. Shipments there grew 18 percent annually, figures from Counterpoint Research showed. By contrast, sales across the world increased by an average of just 3 percent.

Video you may want to watch: Cherry Mobile Flare 5 preview