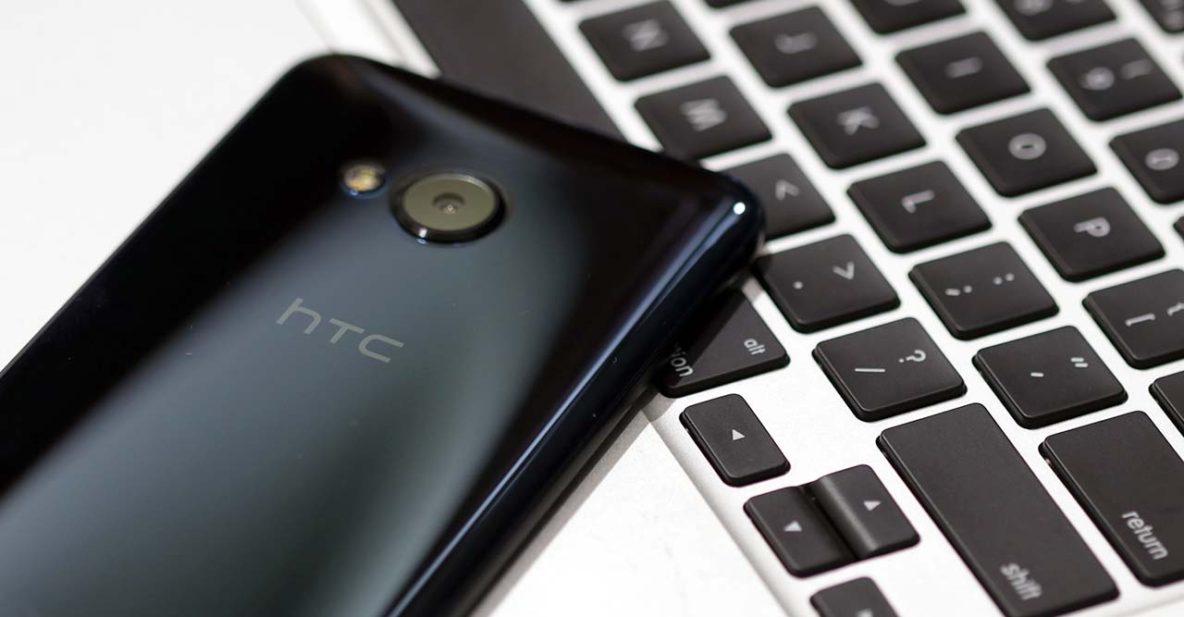 HTC is making its way back to the Philippines soon, with the Taiwanese phone maker already making it known that the HTC U11 will be announced locally on July 11. But as we said earlier, the 2017 flagship isn’t the only HTC model that will be introduced next month. In fact, it might not be the first to make the trip.

That distinction belongs to the HTC U Ultra and U Play. We’ve talked about the former in a previous post, so now our attention turns to the HTC U Play (click for complete specs), a middle-of-the-road offering bearing the company’s new “liquid” hardware design and a dicey price tag at £399 (roughly P25,000) on the British market.

SEE ALSO: Meet the smartphone that now has the highest-rated camera

It’s still not known how much it will cost here, but based on our conversation with a person familiar with HTC’s plans, it will likely be set north of P20,000 ($400). And in the price bracket it’s aiming at, competition is stiff and everyone is putting in a ton of effort to get noticed.

However, an original and appealing design polished round the back to a reflective sheen; a gorgeous 5.2-inch LCD display that is a good size for almost anyone; and a pair of quality cameras give the HTC U Play an advantage over cheaper Chinese entries, as well as a bit of leverage versus some higher-priced options.

READ ALSO: Dual-camera smartphones that are officially available in the Philippines

Shame we can’t say the same about performance and battery life where the U Play falls short. Pitted against standouts such as the OnePlus 3T and the Vivo V5 Plus, which both sell for P19,990 ($399) in the Philippines, this phone may be asking for too much. The loss of the headphone will hurt, or at least divide opinion, too. Thankfully, the bundled Type-C earbuds sound good.

There’s still time for HTC to rethink pricing strategy prior to the local release. But will it? Enough speculation for now — we’ll get there eventually. Let’s talk about the hardware. 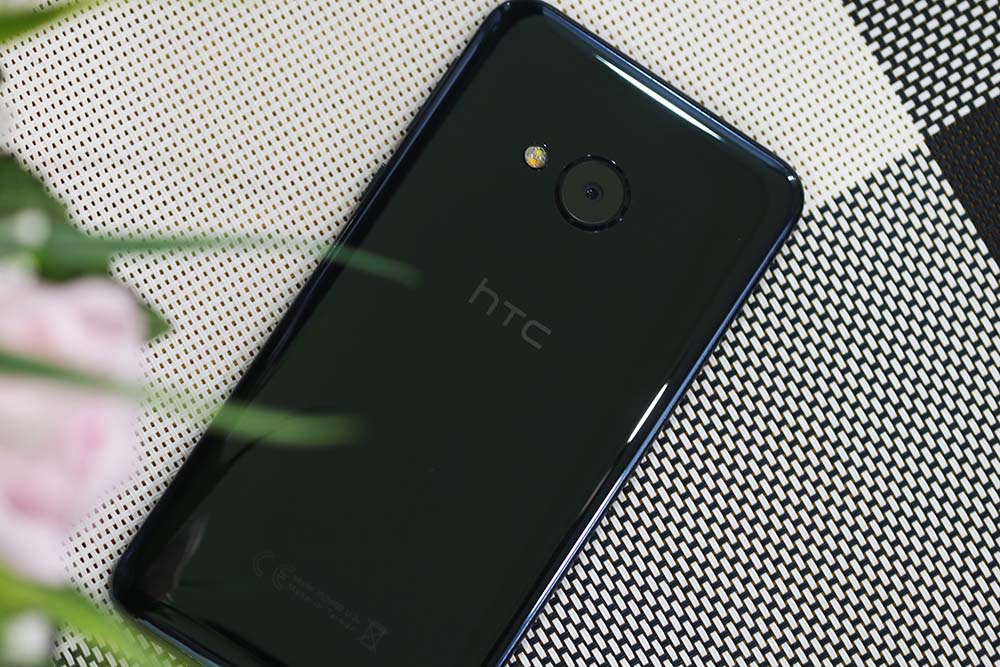 The overall design of the HTC U Play is one of its biggest draws. 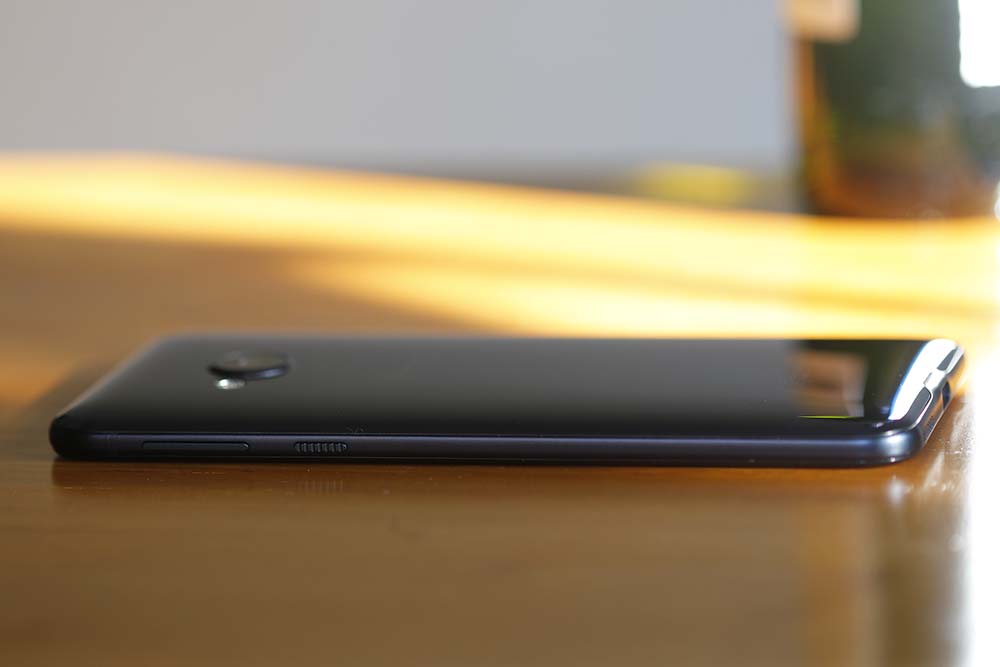 Even the side buttons look and feel up to snuff.

The overall design of the HTC U Play is one of its biggest draws. Every hardware element, including the side buttons, looks and feels up to snuff. Similar to premium offerings from Samsung and Sony, to name but two, this handset elegantly combines rounded glass and metal, with the former making up the front and back and merging nicely to the latter, which provides structural support, plus a reassuring sense of sturdiness.

So yeah, glass on the front and back, aluminum on the sides. Familiar territory. What is unfamiliar is the glass on the rear, which has undergone a special process to give it a “liquid surface” finish. The result is an uber-reflective, multi-layered look that makes our black test unit seem as though it has been doused in petrol. Generously, might we add. 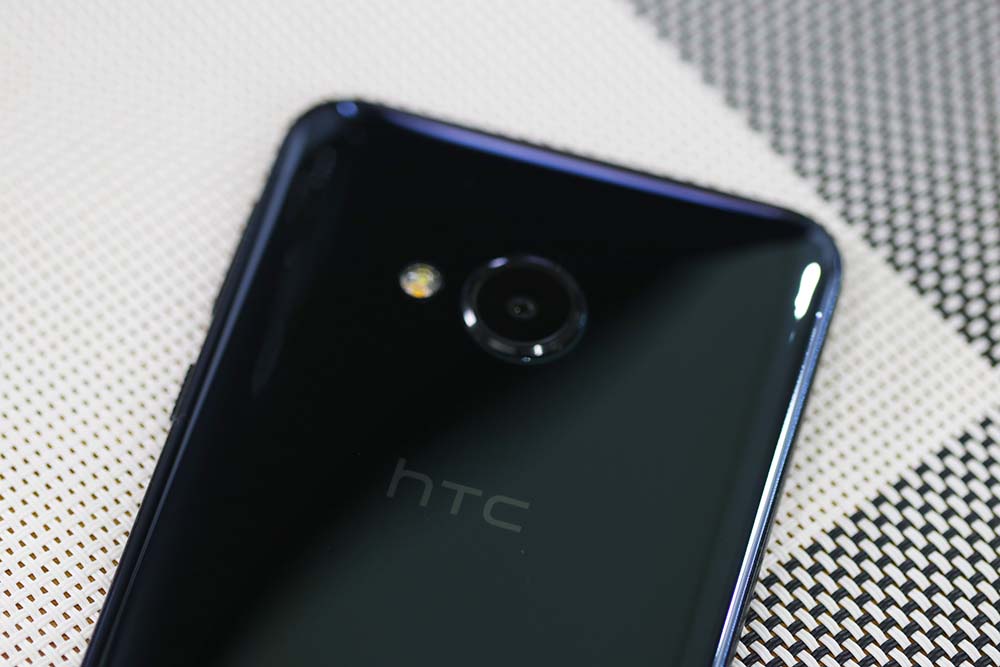 The glass on the HTC U Play’s rear has undergone a special process to give it a ‘liquid surface’ finish. The result is an uber-reflective, multi-layered look that we find attractive. Photos don’t justify how good-looking it is.

It’s a nice look to have, for sure. But the attractiveness comes at a price, namely it’s impossible to maintain the back’s immaculateness, and the phone can also be slippery to handle. Even laying it flat on a smooth surface might result in a nasty fall. HTC offers a cleaning cloth and a plastic clear case in the box; we highly recommend using them to keep the phone looking pristine.

Moving on to the rest of the hardware. Antenna lines are well incorporated into the exterior, barely visible on the black model. The bottom houses the built-in speaker and Type-C connector for fast charging (using the included charger, or any other compatible unit) and data transfer. The SIM and SD card combo tray is neatly tucked away at the top. The volume rocker and ribbed power button are on the right-hand side, sitting above the center of the device.

There’s no branding on the HTC U Play’s front — just the ear speaker, front-facing camera, and recessed home key between the back and recent-apps buttons that light up when pressed. The home key doubles as a fingerprint reader but doesn’t physically move. The sensor is always on and fast and accurate, with misreads being few and far between. It also vibrates when you tap on it. 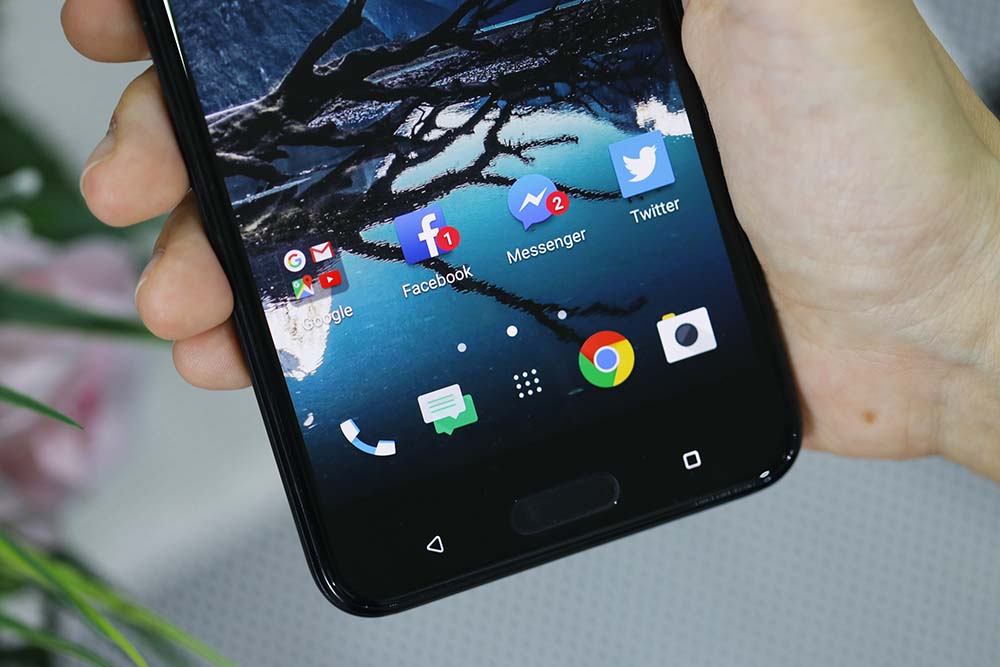 At the bottom are back and recent-apps buttons that light up when pressed. There’s also a home key that doubles as a fingerprint reader.

The 5.2-inch display means key measurements are purposely kept to a manageable size, so securing and operating the U Play one-handed should not be a problem, even for those with dainty hands.

It’s a great fit for just about anyone — neither too big nor overly compact one would never entertain the thought of seeing a movie on the device. Coming in at 145 grams, the hardware is also relatively lightweight despite being made predominantly from glass and metal.

It isn’t all good, though. Our biggest concern here is also the most obvious: HTC drops the headphone jack and introduces a new type of earphones that connect to the solo port at the base in the process. Which is to say, it won’t be possible to charge the U Play while listening to music. Wish the company had included a legacy headphone adapter in the box; not everyone will be happy living the dongle life.

To HTC’s credit, the earphones are smarter than your average in-ear cans, with their ability to automatically fine-tune audio settings for your particular ear drums and listening environment using sonic pulses and built-in microphones. Bass performance is boomy, and the mids and highs are pretty good as well. 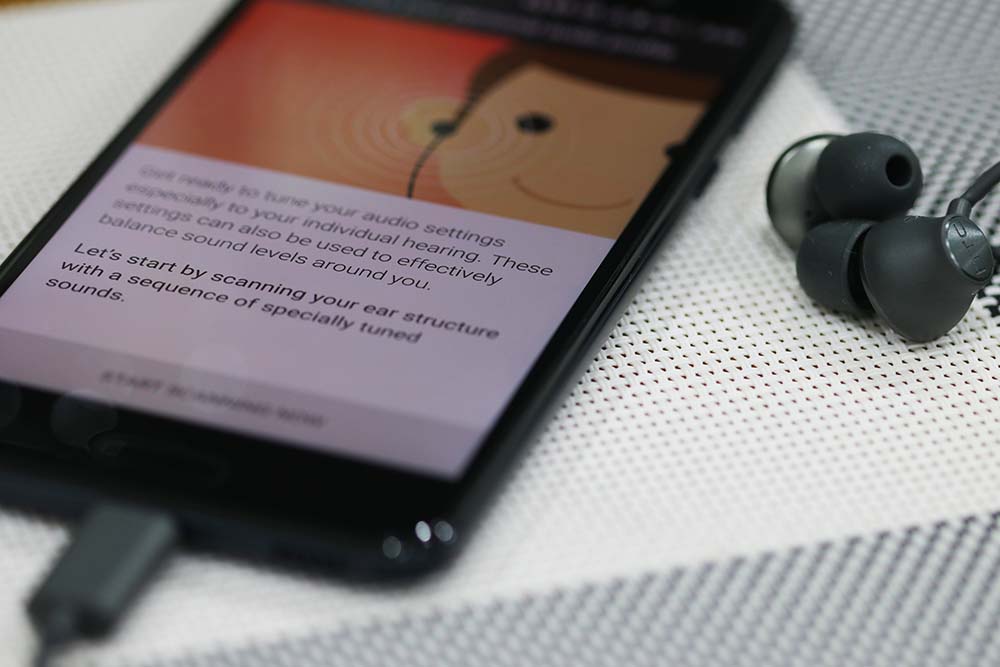 The bundled earphones are smarter than your average in-ear cans.

The 1080p Super LCD screen, while obviously not the most dazzling around, is superb, comparable in quality to any high-end IPS panel. Bright, decently sharp, and punchy without being oversaturated, the HTC U Play will please anyone not after an OLED experience or way more pixels per inch.

It’s perfectly fine for watching videos, playing games, and browsing the web. And we like that there’s a setting which allows you to adjust color temperature to make things look warmer or cooler as you fit. 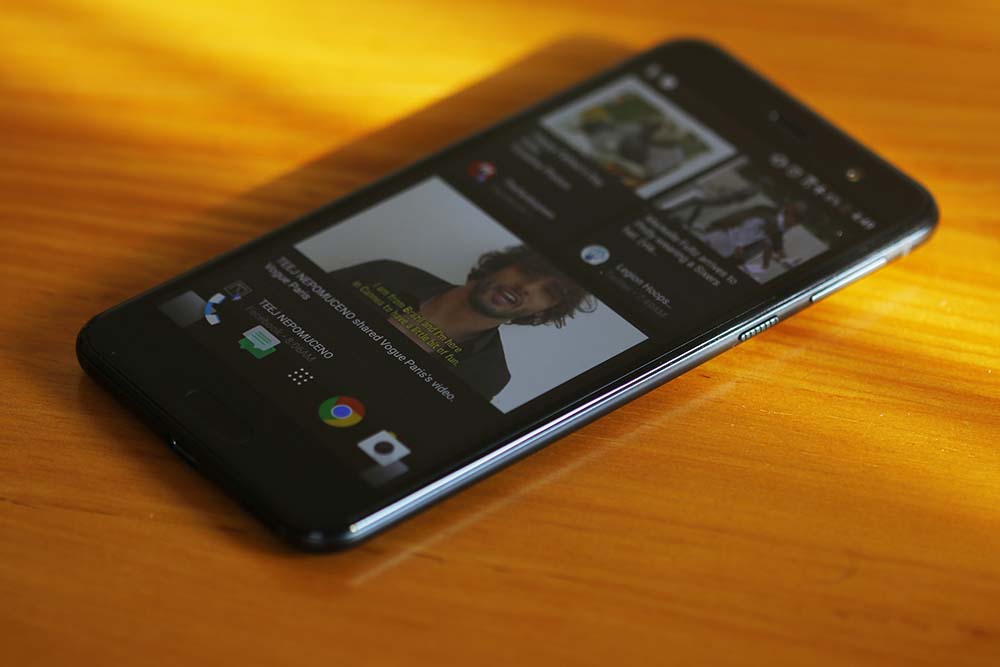 The HTC U Play’s 1080p Super LCD screen is comparable in quality to any high-end IPS panel.

Turning our attention to the cameras, both the main and secondary cameras feature 16-megapixel sensors, alongside f/2.0 aperture lenses. Image quality is great when shooting outdoors with plenty of natural light. And focusing is quick and mostly reliable, though it can get iffy if the subject moves too much.

Indoor shots will obviously look worse as dynamic range starts to deteriorate, and colors are no longer accurately rendered and shadow details are lost. Optical image stabilization is built into the rear camera, and as such, you won’t be needing really stable hands to take clear photos in bad lighting. Also: Video won’t look terrible if you move while shooting.

The front camera delivers pleasing selfies with impressive color and clarity. Even in darker environments, it did not disappoint much. You can expect grainier results in low light, but at least there’s a screen-flash feature to brighten your mug. 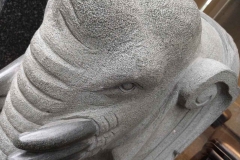 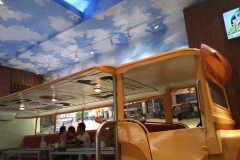 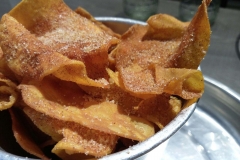 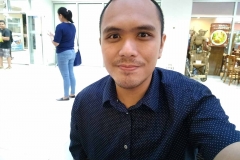 Resized sample photos taken with the HTC U Play

The U Play uses HTC’s own Sense overlay on top of Android 6.0 Marshmallow, and it will get an upgrade to Nougat eventually. Most of the interface is modeled around previous versions, but it’s not as overbearing as it once was. A powerful theme engine is still included, and it can change the look of the UI almost entirely with just a few taps.

BlinkFeed remains the highlight of the experience, of course. It’s a scrolling social-media aggregator that lives to the left of the home screen and displays a loud, visual feed of stuff that you can read or watch when you have time to kill. The U Play also comes with HTC’s Sense Companion digital assistant. So far, we haven’t found it to be any more useful for getting things done than Google Assistant.

Internally, the phone is equipped with a MediaTek Helio P10 chip, which is the same lower-midrange silicon that pumps life into many other devices that cost less. In the day-to-day, this isn’t much of a problem, because the HTC U Play feels responsive, even during heavy multitasking, thanks to 4GB of RAM. Switching to a modern Android flagship, we only noticed a negligible drop in overall responsiveness. 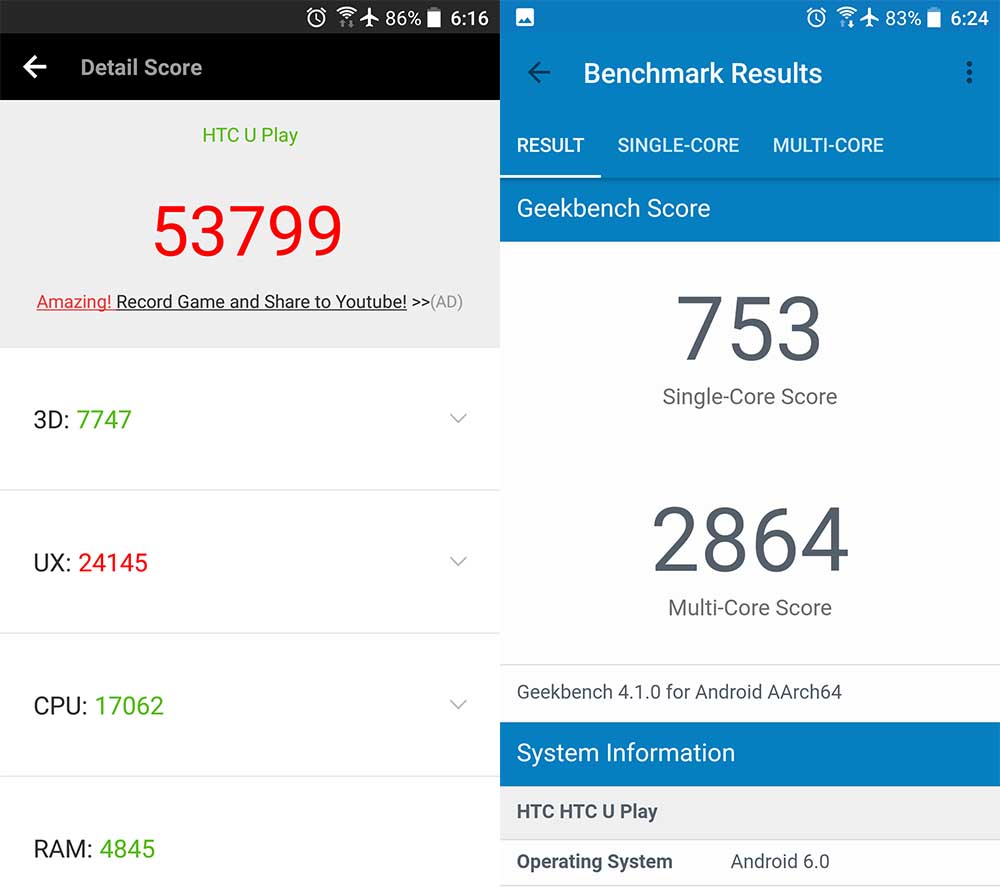 The HTC U Play’s Antutu and Geekbench benchmark scores

You get 64GB of storage, which is pretty much all the storage you’ll conceivably need from a smartphone for quite a while. The onboard graphics chip, however, isn’t built for full-resolution gaming on high settings, resulting in slowdowns and performance hiccups with certain 3D games. You just expect more given the premium pricing.

Battery life is another sticky issue: A 2,500mAh cell simply isn’t going to cut it for a 1080p handset. Using the U Play as our daily driver, we found it lasts only a few hours with active use, less than a day with normal activity. Charging times aren’t especially quick using the bundled charger, at least not compared with OPPO and OnePlus models that support fast charging.

The HTC U Play is a beauty that feels as great in the hand as it looks. A perfectly fine display and a pair of above-average cameras add to its charm. But if performance, battery life, and legacy ports are a strong consideration, this is probably not the phone you want. An aggressive local price could ultimately win out over its shortcomings, though.