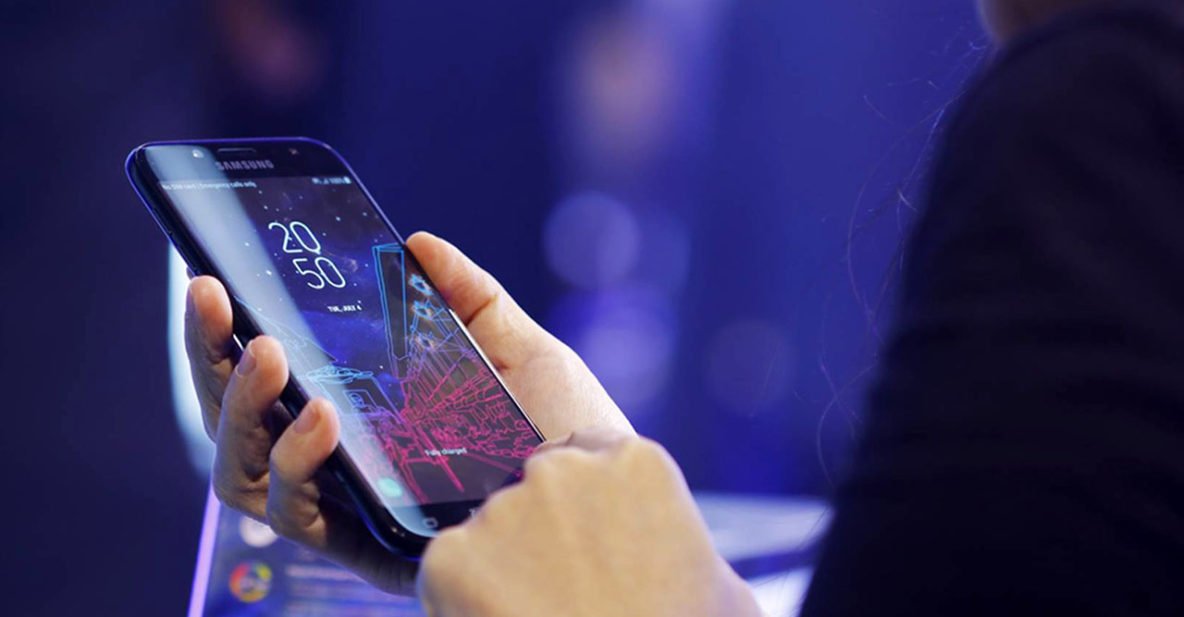 WHEN you taunt another brand about the very thing that it claims to be an expert in, you better make sure that your product delivers in the area where it’s supposed to be good at. So when Samsung Electronics Philippines posted this teaser video for what turned out to be the Samsung Galaxy J7 Pro (click for complete specs), we were determined to find out if the smartphone can really capture great photos in low light, as the Korean tech giant claims.

We had our chance at the launch of the Galaxy J7 Pro. Granted, we were able to use it in a controlled environment — in the hotel ballroom where the event was held — but the place was dimly lit, so it was a perfect location to take photos in. 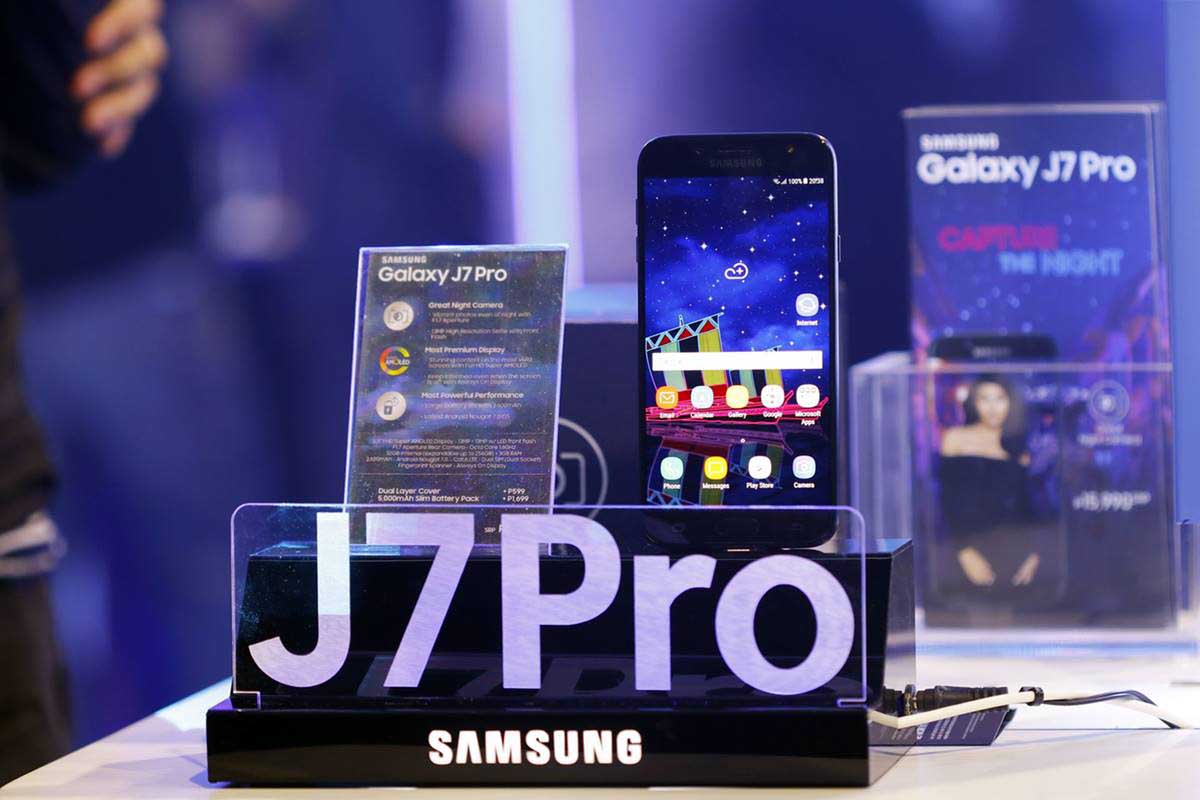 How did it perform as a camera phone? Did it wow us? Fortunately for Samsung, the answer is a resounding yes.

Photos taken with the Samsung Galaxy J7 Pro’s 13-megapixel rear camera, which sits right above the LED flash, are vibrant even when in Auto mode. You can really see the advantage of the phone’s wide f/1.7 aperture lens here. Details are surprisingly sharp, and colors are rich and accurate. 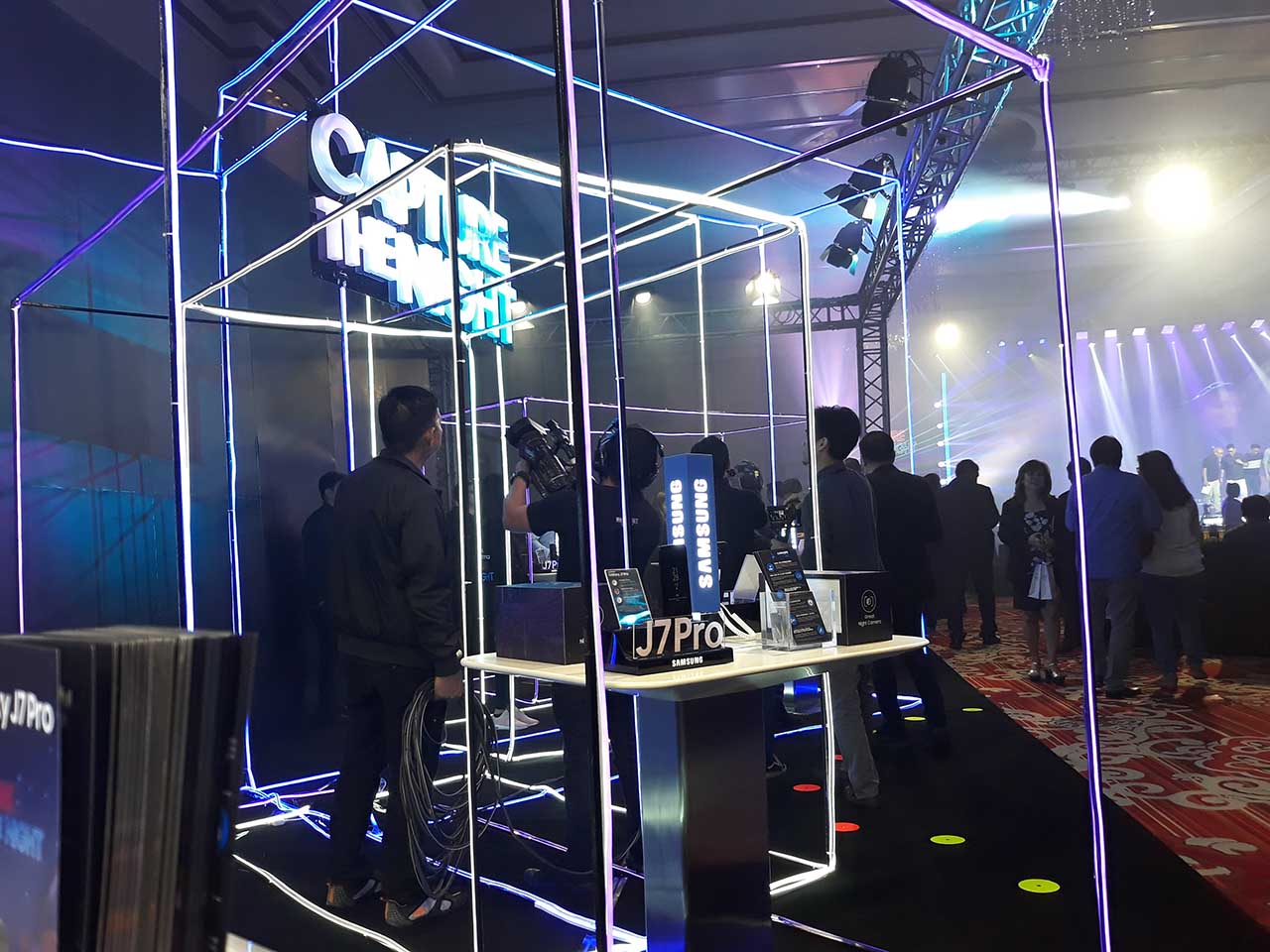 A resized sample photo taken with the Samsung Galaxy J7 Pro in Auto mode. It’s vibrant even if the room is dimly lit.

For brighter and more dramatic shots, we suggest that you use the phone’s Night mode. What it does is just lengthen the exposure time. In that case, make sure that your hands are steady, or you’ll end up with a blurry and grainy picture, especially since the handset does not have optical image stabilization.

On the front is a 13-megapixel camera with an f/1.9 aperture lens, which does help keep your face bright when you’re in a dark area that you’d think the J7 Pro should probably use “selfie expert” as a tagline, too. Our sample selfie below should speak for itself. 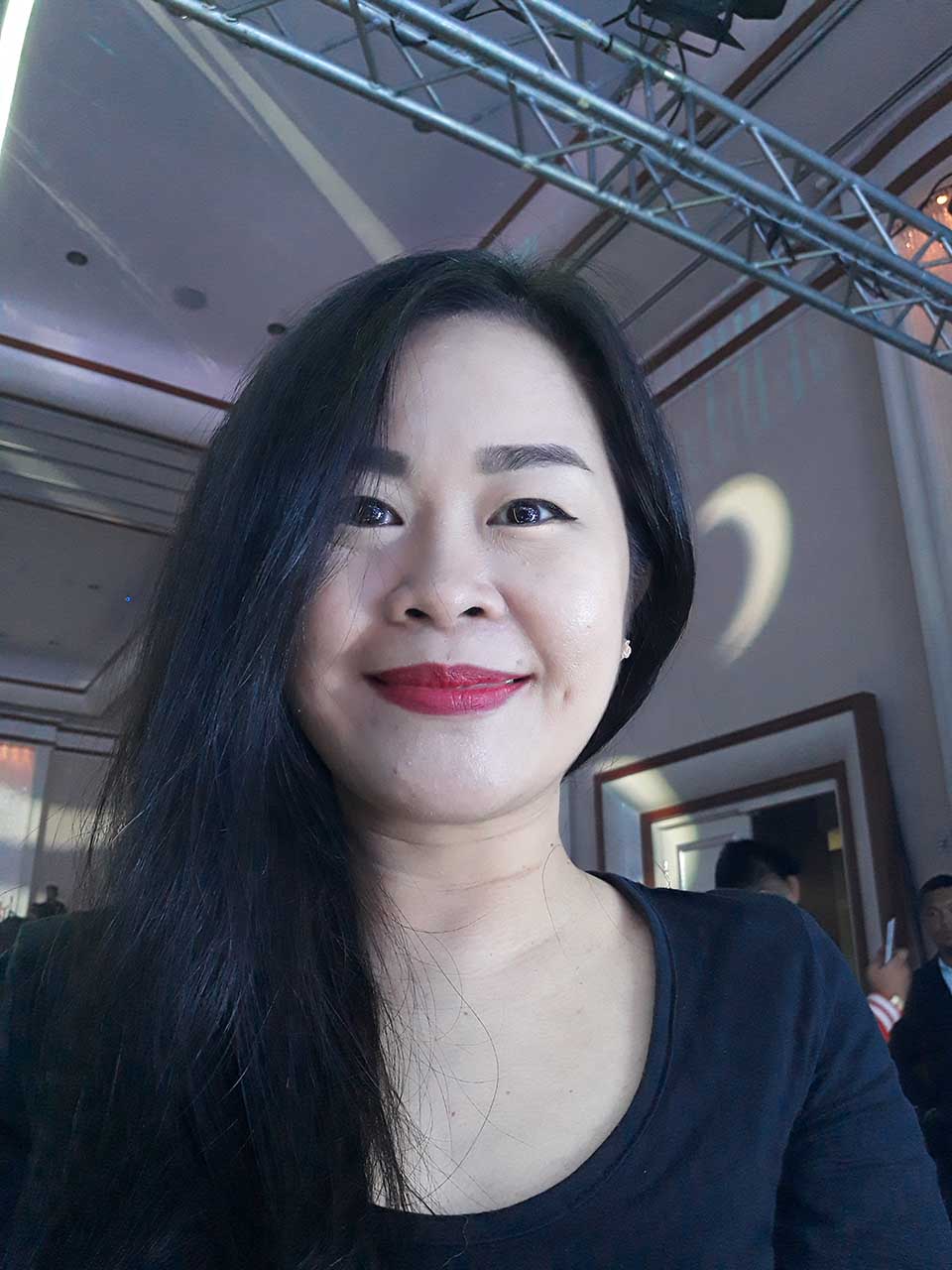 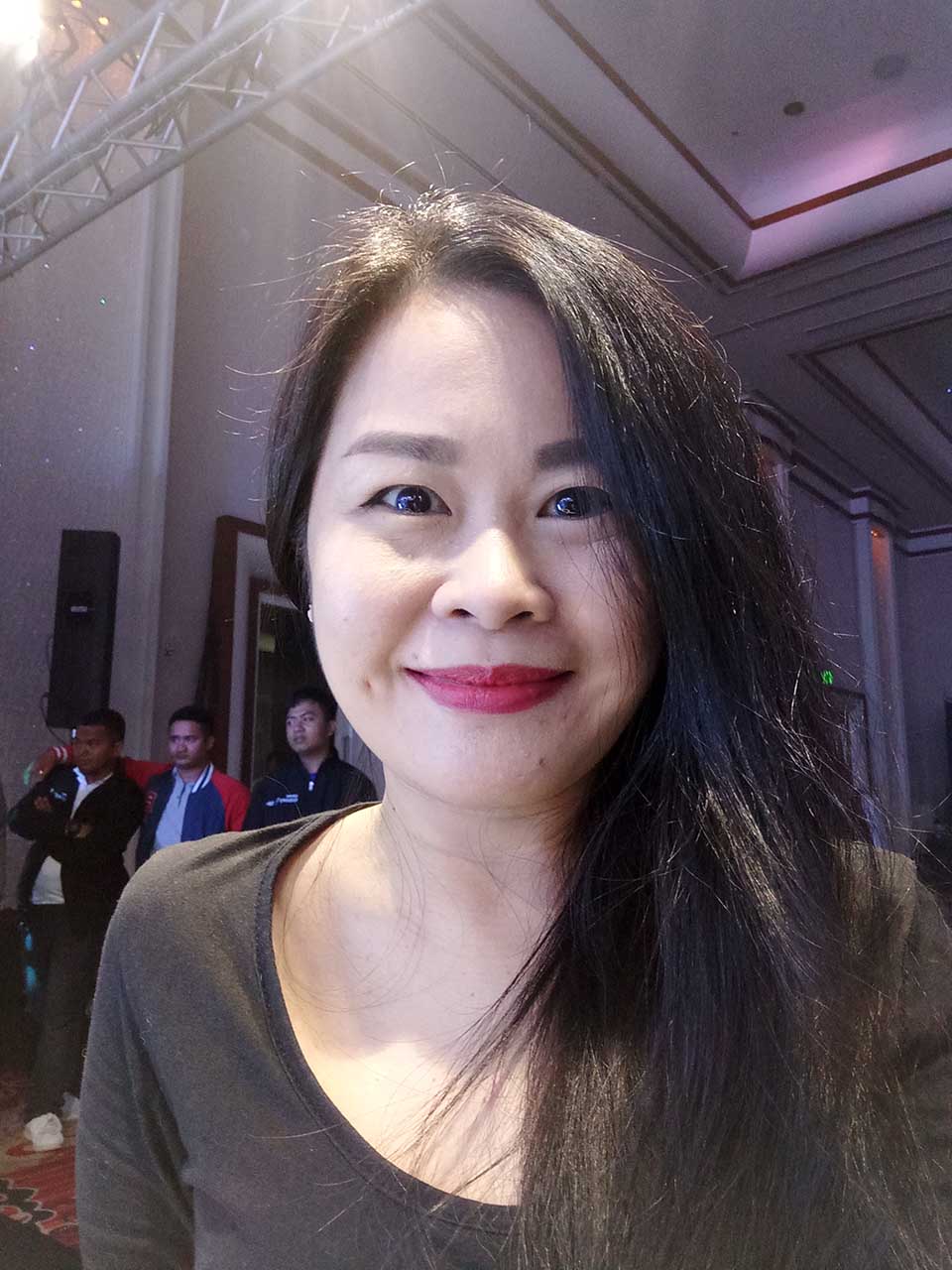 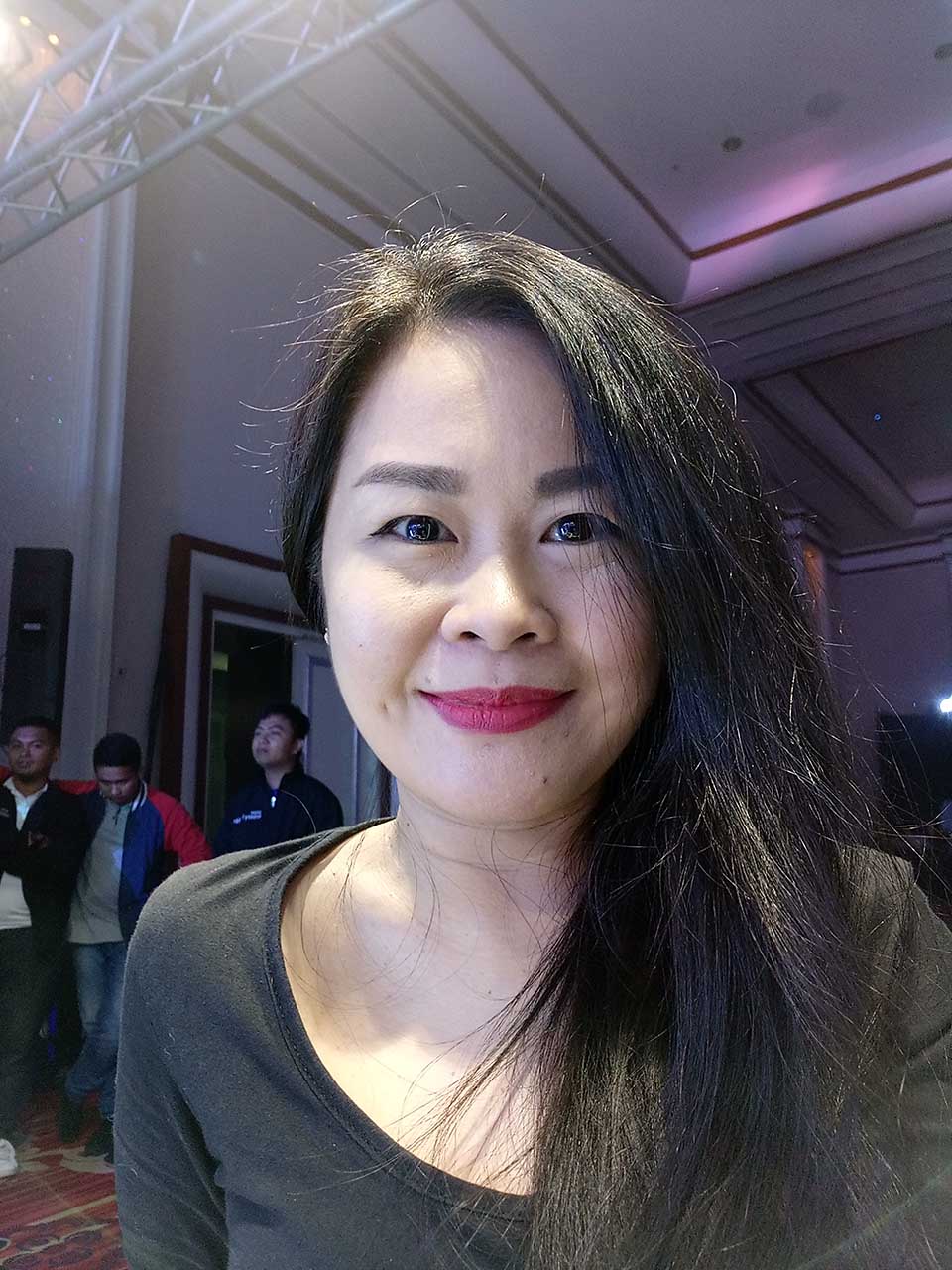 Of course, we’ll have to do more tests in uncontrolled environments before we can say anything definitive.

How about the Samsung Galaxy J7 Pro’s other features?

The large, 5.5-inch full-HD Super AMOLED screen is another huge selling point of the J7 Pro, and thankfully, it isn’t all marketing speak. The always-on display is impressively vivid indeed. Colors are vibrant; blacks are deep; and whites pop off the screen — perfect especially when watching a show or movie on the device. We wonder if it’s readable under direct sunlight. 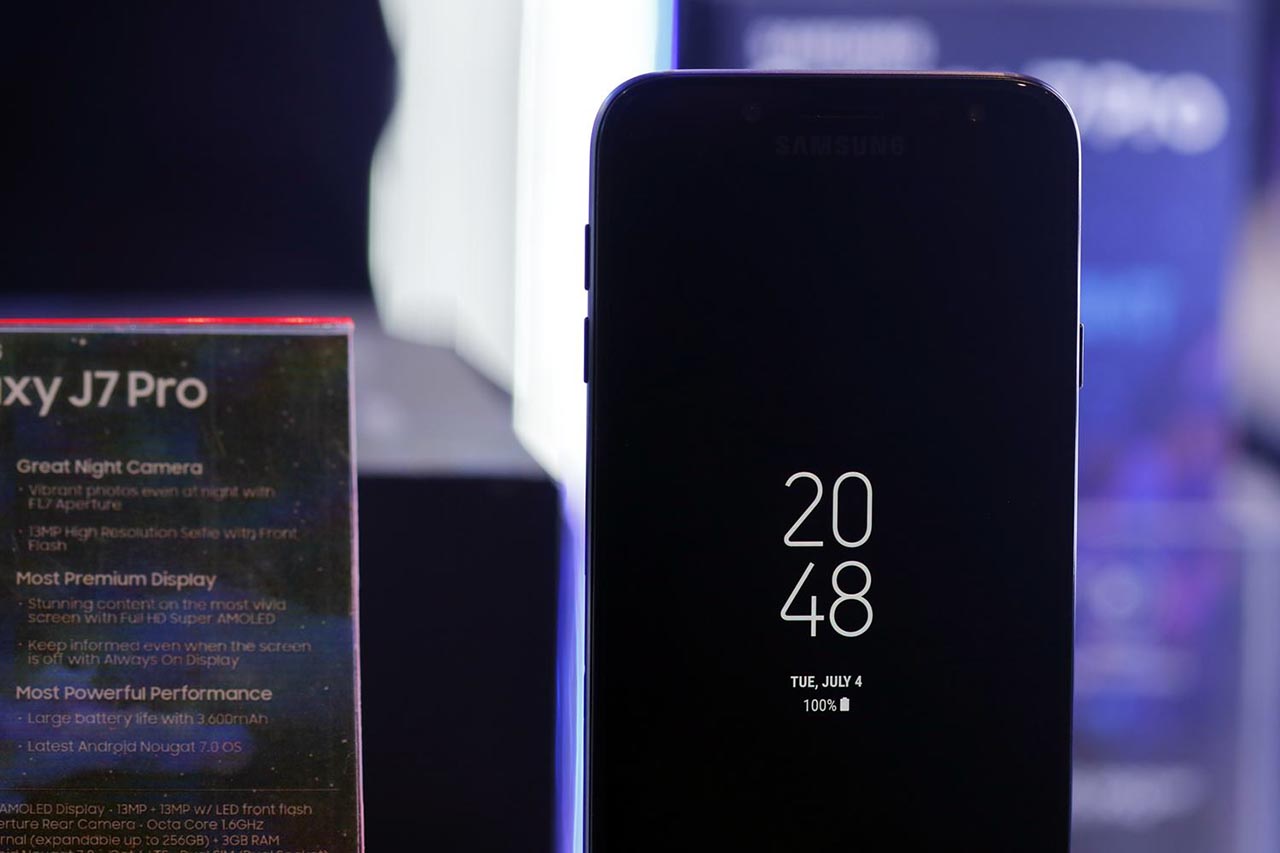 Bezels on the sides are minimal, while the top and bottom bezels are quite chunky for a reason: The upper part hosts the selfie camera with flash, and the lower one has a fingerprint scanner-slash-home button.

The Samsung Galaxy J7 Pro is powered by the company’s own Exynos 7870 octa-core chipset coupled with 3GB of RAM. It’s running Android 7.0 Nougat with the same TouchWiz UI you’ll see on the top-of-class Galaxy S8 and S8+. Performance is smooth overall, with hardly any slowdowns. However, it lacks Bixby, Samsung’s virtual assistant. We hope that Samsung would reconsider and follow in the footsteps of Apple, which placed Siri on all iDevices that support it.

Internal storage is just half of the 64GB J7 Pro variant it launched in India, but at least you can extend the memory up to 256GB via a microSD card, which is so cheap these days that you can already buy one with 32GB of storage — a class 10 at that — for P500, or about $10. 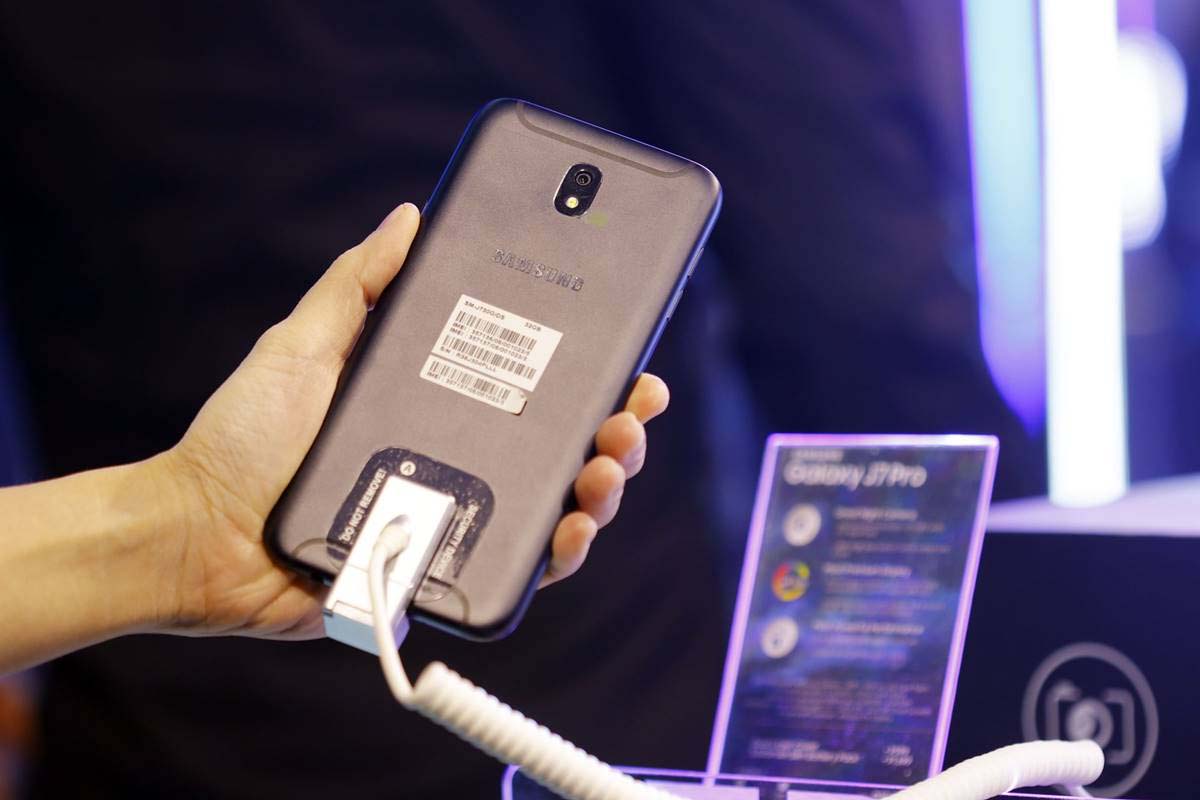 We like how the Samsung Galaxy J7 Pro differs itself from other phones with antenna bands.

We like how the Samsung Galaxy J7 Pro differs itself from all the other phones with antenna bands; the metal unibody is attractive with an original design. The back has a matte finish, as opposed to the glass surface on the A series devices, making the J7 Pro easier to handle. The build is sturdy as well. 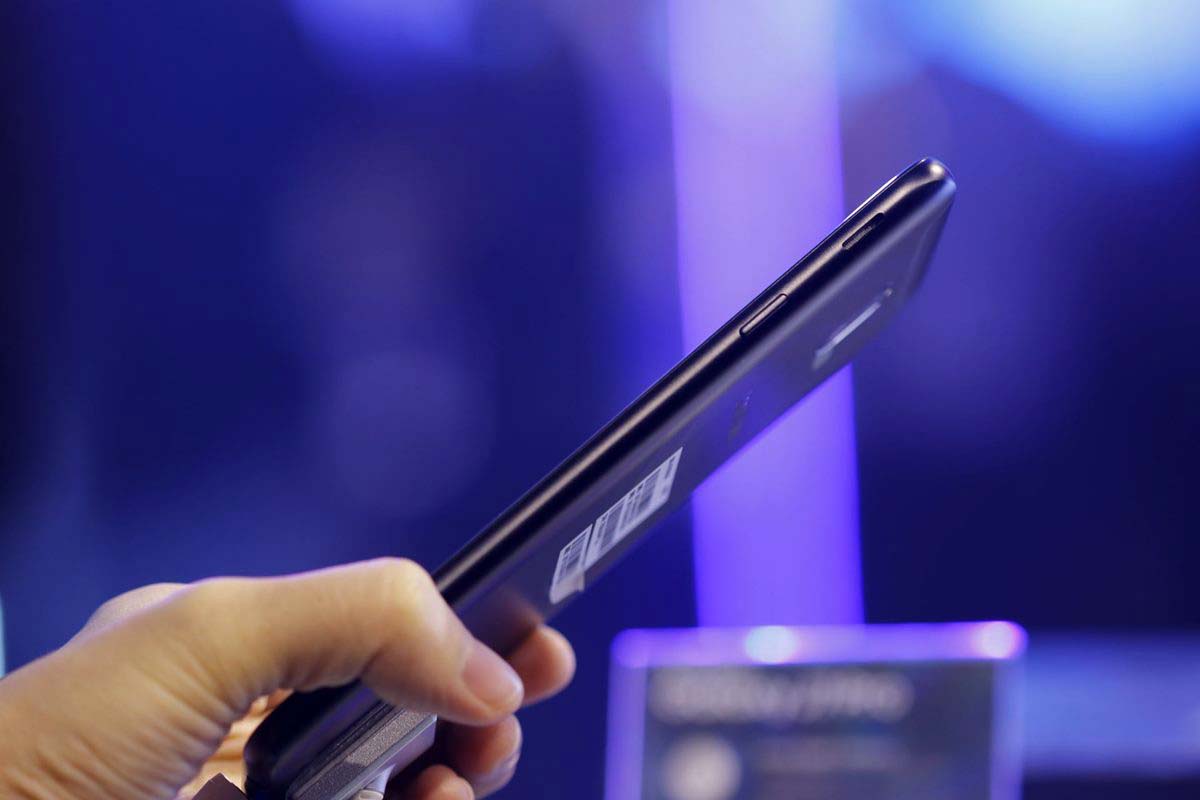 The Samsung Galaxy J7 Pro is easy to handle because of its back’s matte finish.

What is not so enticing is the lack of a USB Type-C connector. For a midranger released in 2017, we expect the handset to be more future-proof.

READ ALSO: Samsung Galaxy A7 (2017) initial review: Off on a positive note

Then again, overall, almost everything is as good as it gets in the price range that the Samsung Galaxy J7 Pro belongs. Based on what we’ve seen thus far, it seems that the smartphone should be on your “worth considering” list.

The Samsung Galaxy J7 Pro is available for preorder until July 9. Here are the preorder details.