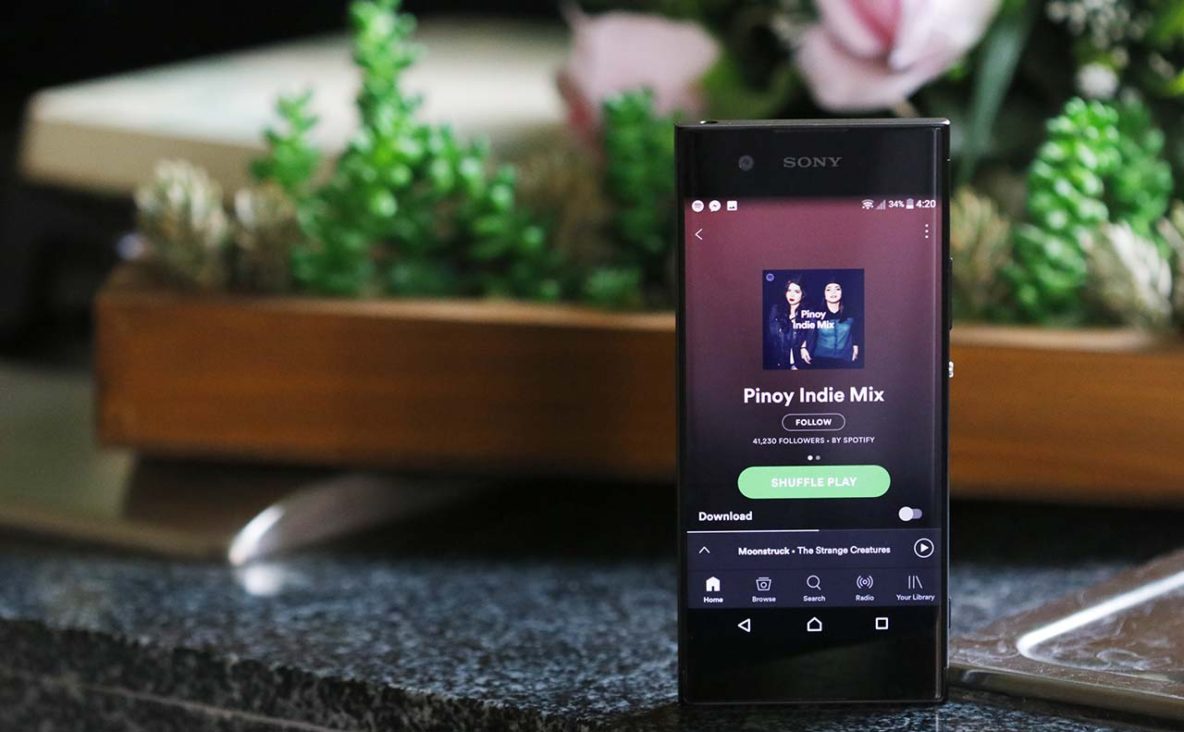 FOR the past couple of years, Sony has come out with so many flagship smartphones that it’s easy to forget it still cares about its midrange game. In the previous months alone, the Xperia XZ, XZs, and XZ Premium have, in that order, rotated as the face of the Japanese firm’s Android efforts — possibly to the detriment of lesser phones that arguably offer more bang for the buck.

Which is why we think it’s important to get it out there that the Sony Xperia XA1 (click for complete specs) is a splendid option — a lot of phone for not a whole lot of money. It isn’t perfect. First and foremost, the absence of a fingerprint scanner should be frowned upon. However, it cannot be ignored.

Delightfully capable, designed for single-handed use, and priced at a modest P14,990 (around $296), it makes the best argument yet for Sony to continue duking it out in the middle ground, where it can be successful in. OPPO and Vivo may be the names that first spring to mind when discussing good yet affordable options in the segment nationally, but Sony is proving its mettle as a contender.

The outside of the phone has “Sony” written all over it; the Xperia XA1 is a boxy, symmetric piece of hardware with flat panels and squared-off edges, and borrows heavily from the the company’s upmarket lineup. The way the screen perfectly blends into the metal frame, for example, is reminiscent of Sony’s approach to piecing together the XZ models. 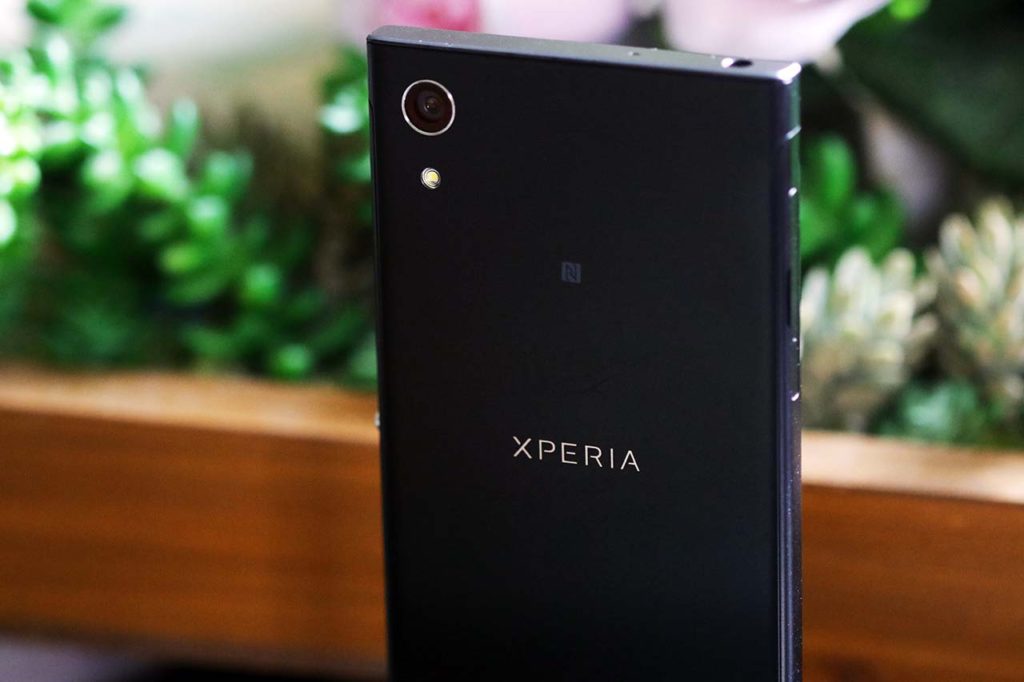 The outside of the phone has “Sony” written all over it.

It feels lighter than is apparent, because the back, top, and bottom parts are made of plastic, but the build is solid as we need it to be. More importantly, it looks great despite being longer than we would have liked, what with the thick bezels above and below the display.

And we can easily wrap our fingers round the device, thanks to the almost-invisible bezels on the sides. An interesting note: The Sony Xperia XA1 has thinner side bezels compared to the XZ Premium, the most advanced phone to ever bear the Sony name. Crazy indeed, but Sony will probably point to the fingerprint sensor on the side of the Premium, which the XA1 lacks.

An interesting note: The Sony Xperia XA1 has thinner side bezels compared to the XZ Premium, the most advanced phone to ever bear the Sony name.

Including one would have driven the price up, perhaps even considerably, so we get why Sony decided to ditch it. If anything, the more glaring omission is a way to wake the handset without pressing the power button on the right-hand side.

There’s no double-tap-to-unlock feature, but you can double-tap an empty area on the home screen to turn off the display. While it’s nice to have, it’s still not as useful as the inverse. Besides, there are third-party apps that offer the same functionality, and then some.

Above the round power button is the volume rocker. The camera key sits further down below; you have the option to press it down while the screen is off to launch the camera app. This is perfect for when you want to snap a photo as quickly as possible, and it’s located where you’re less likely to press it by mistake. 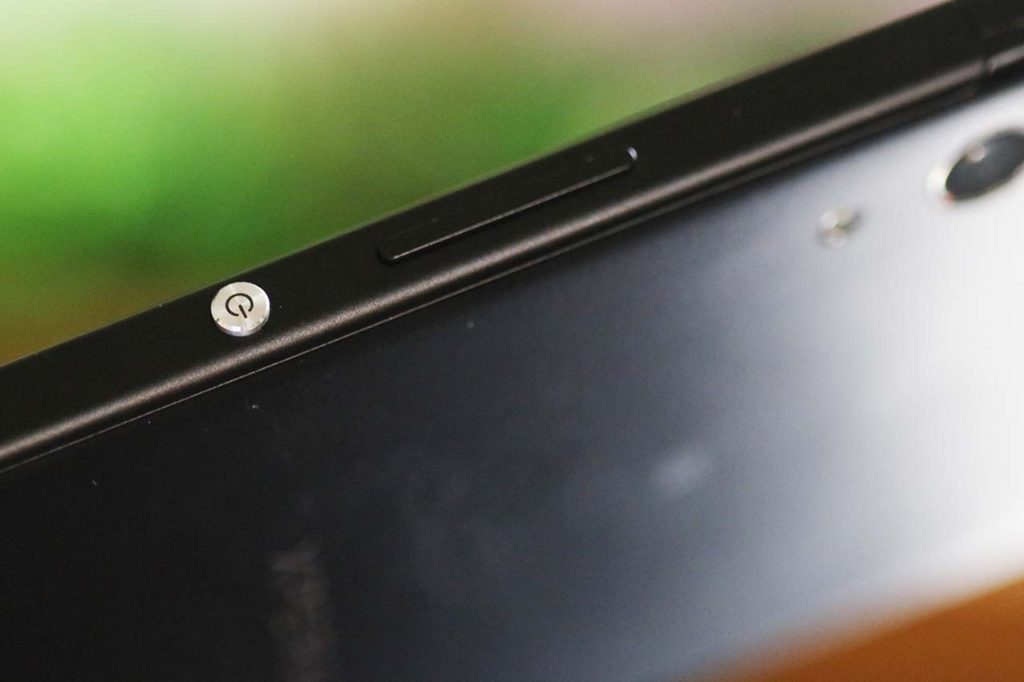 Above the round power button is the volume rocker.

There’s a tray on the left that fits two SIM cards and one SD card. It’s definitely a welcome feature since a good number of alternatives on the market forces you to choose one or the other. On the connectivity front, the Sony Xperia XA1 supports 4G LTE bands in the Philippines where available. 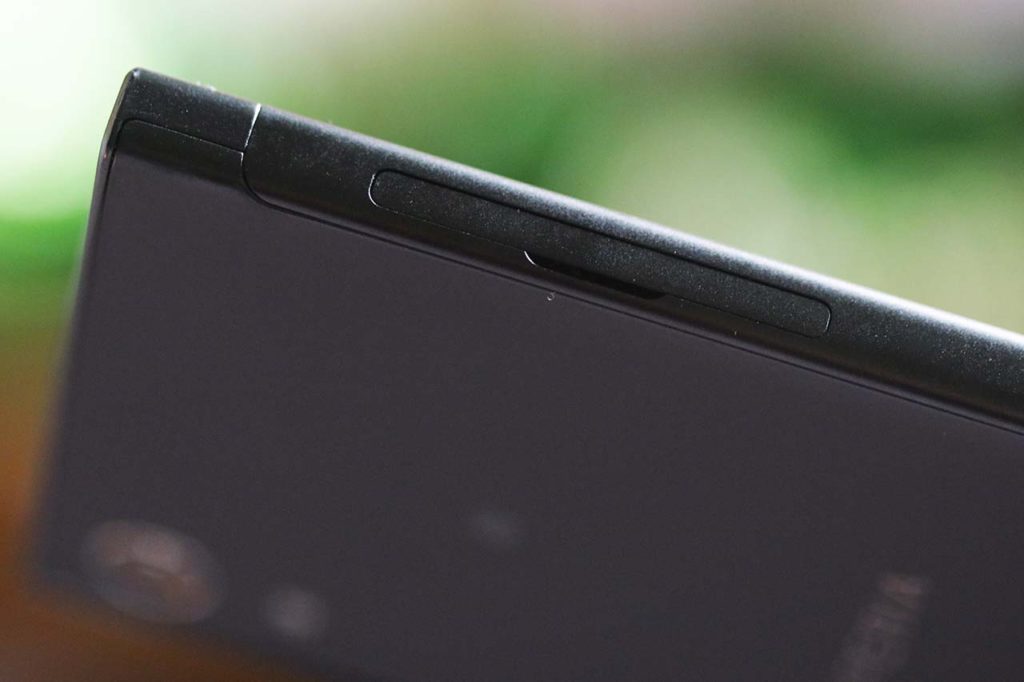 A tray on the left fits two SIM cards and one SD card.

A solo speaker lies on the bottom of the device. It isn’t as powerful or loud on its own, and you’ll get much better sound by connecting the phone to an external audio system.

Next to the speaker is a Type-C connector, the kind you’ll find in newer Xperia models, as well as most mid- to high-end Android phones released in recent months. The headphone jack sits on the top rail, beside a cutout for the secondary mic. 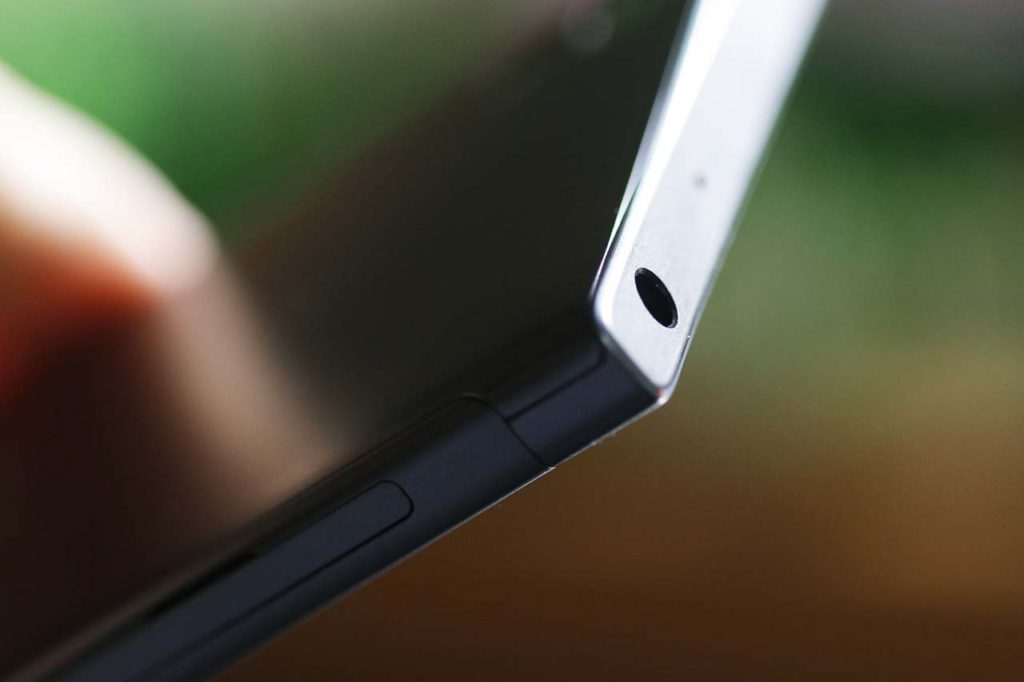 The headphone jack sits on the top rail, beside a cutout for the secondary mic.

On the front is a 5-inch, 720p LCD screen, which, while not ludicrously sharp and vibrant, still looks fantastic. It’s one of the better panels we’ve seen in this price range. And that’s saying something, because there are plenty of phones with 1080p screens out there that don’t cost much.

Colors appear natural and neutral for the most part, while skin tones are rendered in a pleasing manner. Viewing angles are nice and wide, though brightness drops a bit when you’re looking slightly off-center.

Really, the only knock here is that the panel isn’t as sharp as some others. But then again, its size is about right for the number of pixels on offer. For the Netflix and gaming crowd, the Sony Xperia XA1’s screen should suffice, and that’s fine in this price range.

The smartphone straps a 23-megapixel sensor (yes!) to its back, and it sits behind a 24mm, f/2.0 aperture lens. It’s the same camera setup found in higher-end Sony models, like the Xperia X Compact and XZ, though for pricing reasons, the XA1 doesn’t have laser auto-focusing and the RGBC sensor, which helps in low-light shooting. 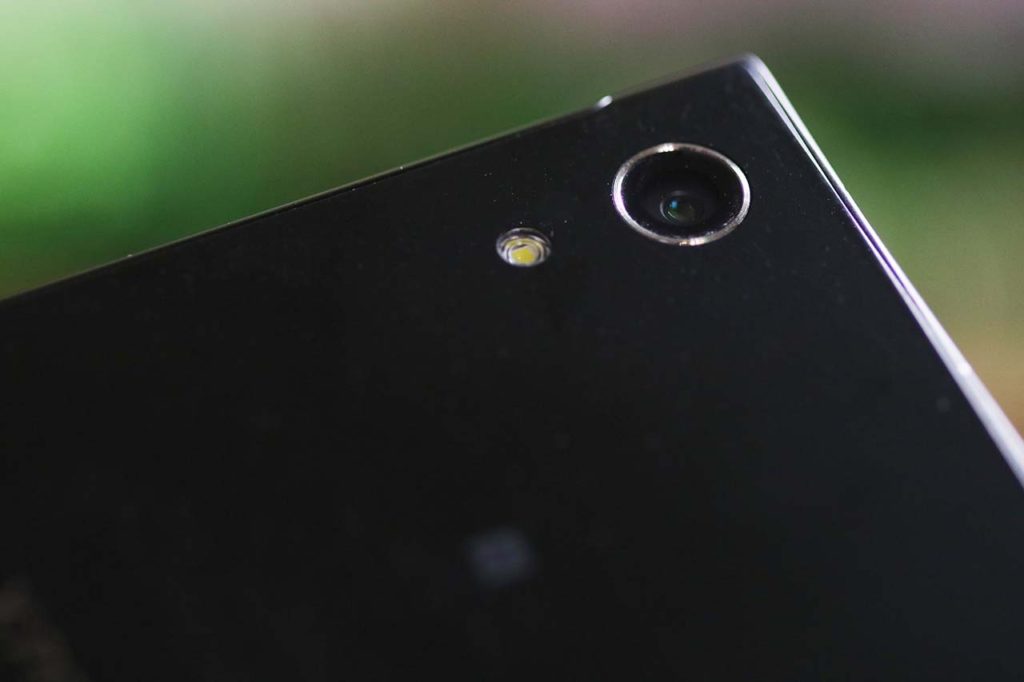 The Sony Xperia XA1 straps a 23-megapixel sensor to its back, and it sits behind a 24mm, f/2.0 aperture lens.

Despite the omission, our pictures turned out well in general — better than what we usually get from devices in the midrange, actually. The high-res sensor round the back means noise is never an issue when shooting outdoors in natural light. White balance also looks good, and you can see plenty of detail if you peer into our samples.

The 8-megapixel selfie camera works well in proper lighting — muddy but still clear enough in dimmer settings. In other words, it doesn’t go out of its way to impress in the same way the rear-facer does. 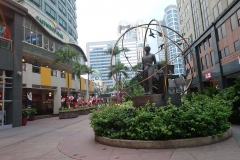 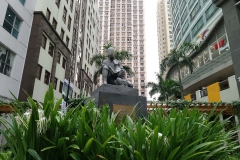 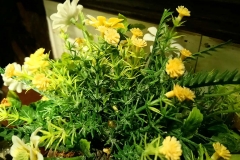 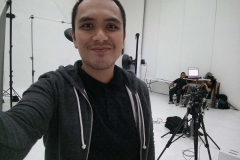 Like most other camera apps, the one this Sony ships with is fairly straightforward to use, and changing modes is quick and painless. Swiping up or down, or left or right, if you’re holding the camera in portrait mode, lets you cycle through several shooting options, including Superior Auto. It’s the one you’ll likely use the most.

There’s also Manual mode for more advanced shooters. It gives you access to shutter speed, white balance, and focus settings. The ISO control is buried in the app’s settings. And in case you’re curious — because the main camera has an impressive-on-paper, 23-megapixel sensor — you can’t capture video in 4K. Though in defense of the Sony Xperia XA1, this has more to do with the non-4K-capable chipset that powers the phone than anything else.

And when it comes to performance, the device doesn’t disappoint. Actually, it’s one of the highlights of this model, and you’d be hard-pressed to find a much better performer for the price.

When it comes to performance, the Sony Xperia XA1 doesn’t disappoint. Actually, it’s one of the highlights of this model, and you’d be hard-pressed to find a much better performer for the price.

Getting things done is a MediaTek Helio P20 chipset, an upgrade from the P10 chip found in the original XA and other affordable midrangers. For greater context, it should be pointed out that the P10 packs more punch than phones built around the MediaTek MT6750 platform.

The P20 still uses eight CPU cores, only this time they operate at higher clock speeds. Not only that, the chipset is also built on a 16-nanometer process compared to the 28nm process of the P10. Those competitive advantages lead to faster performance and greater efficiency, both on paper and in practice.

Our Antutu and Geekbench marks show that the Sony Xperia XA1 outperforms most of its MediaTek-based competition in the segment. In real life, it is responsive to the touch, and runs demanding 3D games like Lineage 2 and NBA 2K17 at high frame rates. The display running at a conservative 720p resolution certainly helps, as it lessens the burden on the processor. 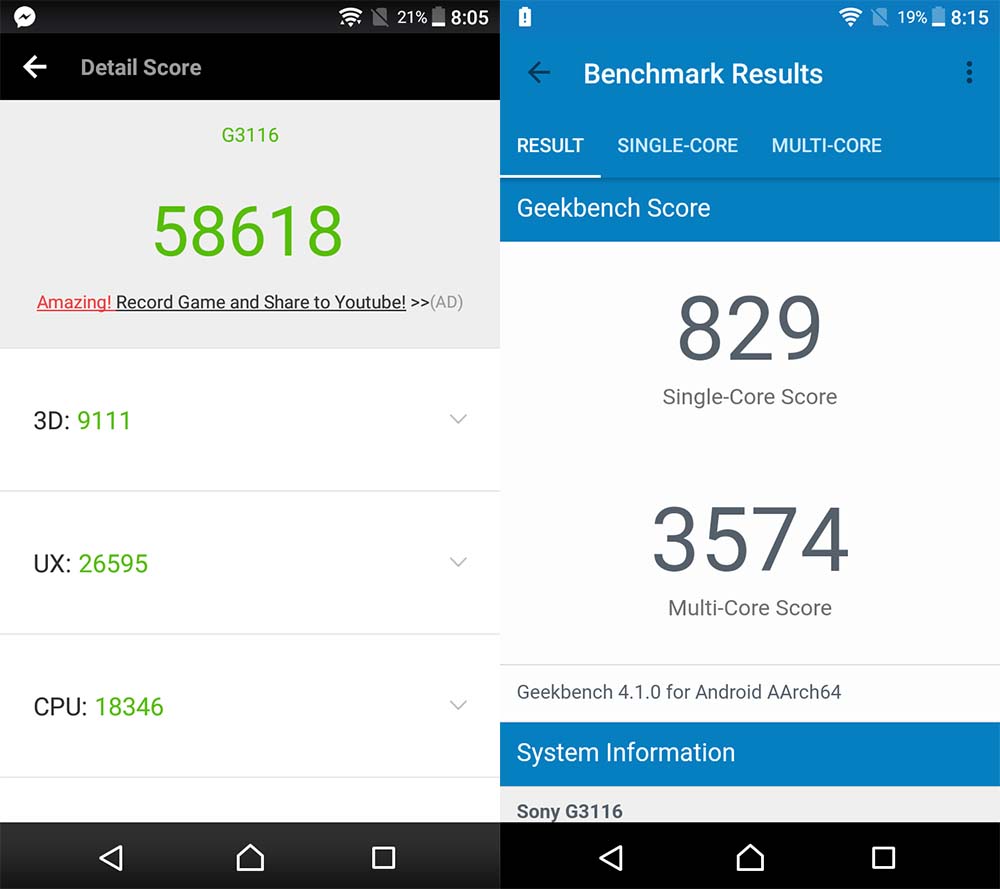 Our Antutu and Geekbench marks show that the Sony Xperia XA1 outperforms most of its MediaTek-based competition in the segment.

The 3GB of RAM is plenty for zipping through the Android Nougat-based interface and multitasking between multiple apps. Whereas the 32GB of built-in storage will give majority of users enough room for their files and favorite apps.

Keeping the lights on is a 2,300mAh battery, which isn’t as problematic as it might seem considering the small-ish display and 720p resolution. It consistently got us through a day of moderate use on a single charge. Charging times using the bundled wall plug and cable are reasonable, too — two hours from zero to full based on our testing.

The Xperia XA1 impresses where Sony hasn’t done enough lately, which is kind of unfortunate. Perhaps the Japanese electronics maker should consider devoting more resources and effort toward affordable models, as opposed to pushing its chips further into premium iPhone territory.

At the very least, it should build on the XA1, whose winsome combination of design and execution and all-around performance will appeal to anyone looking for a significant yet affordable upgrade.