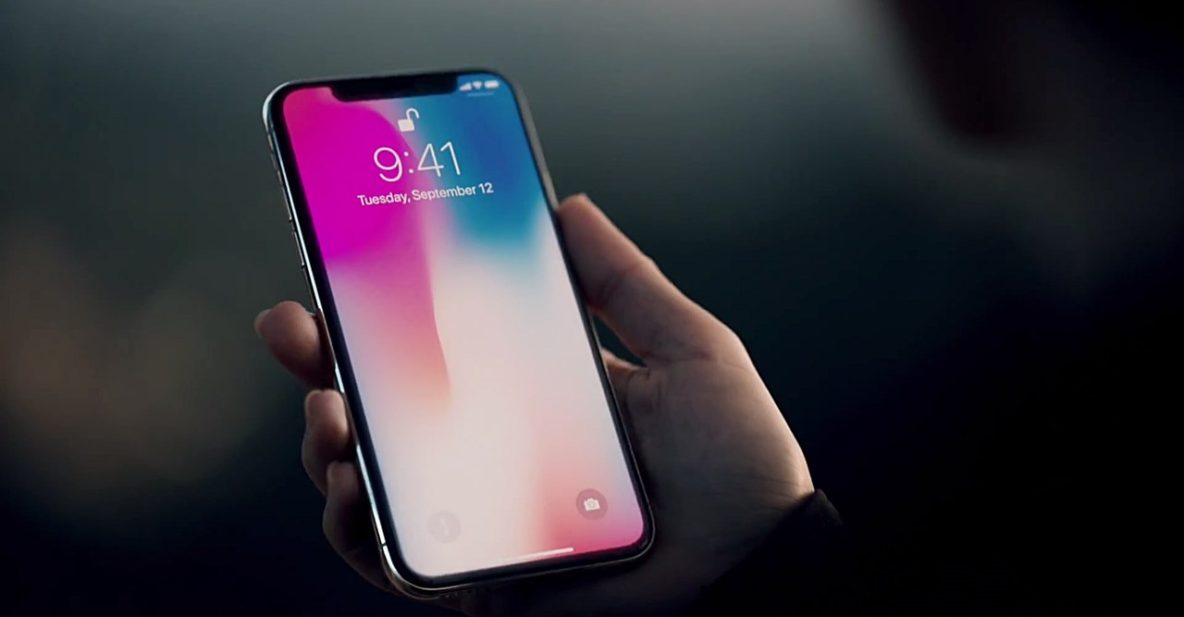 IN the aftermath of Android flagship announcements, all eyes have turned toward Apple and the more striking, the more stimulating iPhone X (it’s pronounced “ten,” not “ex”), in particular. And the American tech giant delivered. Like, big time.

The iPhone X is now official, and there is no doubt that this is Apple’s finest work yet. A vision of the future, today. An all-screen tour de force that blows away last year’s models and will most certainly serve as a blueprint for next year’s models — while testing the bounds of iPhone fandom with its exorbitant pricing.

If you thought the P49,990 (roughly $982) starting price of the Samsung Galaxy Note 8 is too much for a phone, wait till you waltz inside an Apple Store, er, Town Square. The $999 (P50,914) base model of the iPhone X makes all high-end pieces running Android look agreeable by comparison, asking price considered. Try not to act too surprised because this has been speculated about for months now. And come on, this is Apple we’re talking about.

But man, we wouldn’t go hard on you for desperately wanting to plunk down obscene money on this new toy. You have eyes, don’t you?

That “bezels, begone” design with glass-and-steel bodywork is plainly too beautiful to ignore. That big OLED screen, too mesmerizing to look away from. The iPhone X’s got water- and dust-resistance to a microscopic level, too, the same as other flagship devices.

The so-called Super Retina Display packs 2,436 x 1,125 pixels, 458 dots per inch, and goes edge to edge, top to bottom, easily the best screen ever on an iPhone from an aesthetic and technical perspective. It has Apple’s True Tone technology, which automatically adjusts the screen to offer better colors based on the ambient light in the room and supports HDR for brighter and bolder picture.

The edge-to-edge screen means there are no buttons anywhere on the front panel, so navigating the handset forces a new learning curve. You swipe up from the bottom of the screen to go to the home screen. Swipe up and then pause to switch between tasks, or swipe to the left from the bottom to quickly go back one screen. To access Siri, you press a button on the side, or y’know, use your voice to summon Apple’s digital assistant.

There are no buttons anywhere on the front panel, so navigating the Apple iPhone X forces a new learning curve.

Unlocking the smartphone is a different matter altogether, as the iPhone X debuts Face ID or facial recognition in place of Touch ID. It works by using the complicated array of sensors and cameras at the top of the display to recognize your facial features and identify you when called upon.

It all sounds simple enough; however, the tech is anything but based on Apple’s presentation. It seems to work as intended, day or night; doesn’t discriminate against people who wear glasses; and plays nicely with Apple Pay and some third-party apps. Apple claims Face ID is infinitely more secure than Touch ID and can’t be spoofed by photographs (ahem, Samsung).

The iPhone X’s front-facing camera system can also shoot portraits with a lovely depth of field and professional-looking lighting options, just like the hardware around the back. Using its depth-sensing capabilities, it can even be used to create and send Animojis — animated emoji that mimic the sender’s facial expressions with startling accuracy — in iMessage.

Using the TrueDepth camera, the iPhone X can be used to create and send animated emoji or Animoji in iMessage.

As for the rear-facing cameras, well, they haven’t been improved by leaps and bounds, though there are some upgrades to the hardware to make for nicer photos and sharper videos, even in slow motion. Portrait Mode has been refined and now includes different lighting styles for dramatic flair. Additionally, the primary cameras gain optical image stabilization, as well as support for augmented-reality apps. 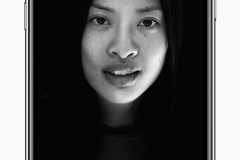 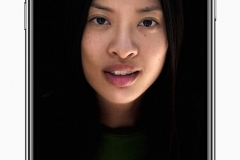 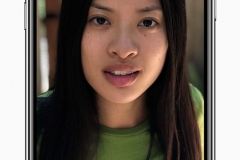 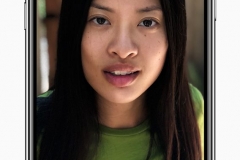 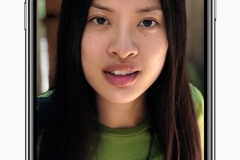 The 5 different lighting styles of Portrait mode with Portrait Lighting

Powering the iPhone X is Apple’s latest and greatest A11 Bionic processor, with two performance cores and four high-efficiency cores that, according to the company, are 70 percent faster than those of the A10. The new graphics processor is likewise said to be 30 percent faster, despite running at half the power of its previous iteration.

Apple promises up to two hours longer battery life on the iPhone X compared to the iPhone 7. Fast charging comes standard, as well as wireless charging over the Qi standard. 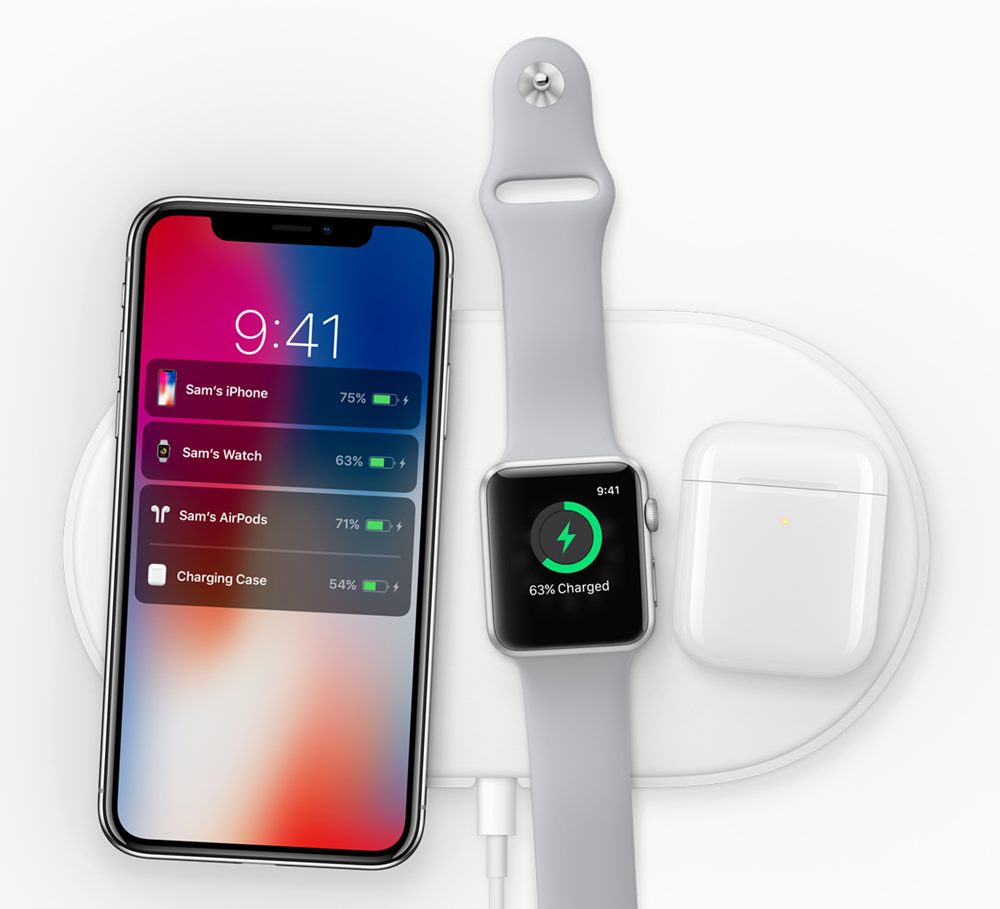 The Apple iPhone X can be charged wirelessly.

All things considered, the iPhone X is shaping up to be the smartphone to beat this year — and perhaps even three quarters into next year, when the  iPhone 11 officially surfaces. To say it’s promising is an understatement.

Again, the base model of the iPhone X with 64GB of storage will cost $999, while the 256GB variant will sell for $1,149 (P58,484). There are two color options — black and white. Preorders begin October 27th, and shipping starts from November 3 for the following countries: