IS this a classic case of “what goes up must come down”? For the first time ever, Huawei’s global smartphone sales surpassed Apple’s consistently for June and July 2017, making the Chinese manufacturer the world’s second largest smartphone brand next to Samsung.

This is according to the latest research from Counterpoint’s Market Pulse for July 2017. The study tracked monthly model-level sales for over 300 brands across more than 40 countries globally. 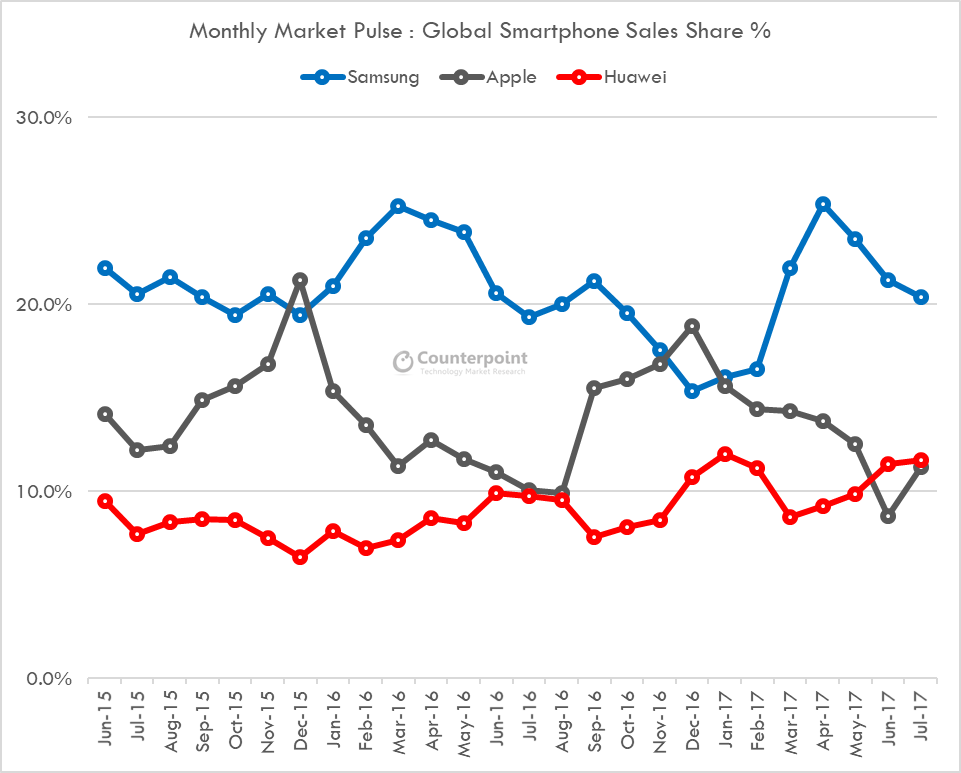 Huawei’s growth was attributed to constant investment in research and development and manufacturing; aggressive marketing; and sales-channel expansion. The company was strongest in its native China and operator-centric markets Europe, Middle East, and Latin America.

However, with the expected launch of new iPhones — including the so-called Apple iPhone 8 — just around the corner, Huawei’s time at the second spot might just be short.

However, with the expected launch of new iPhones — including the so-called Apple iPhone 8 — just around the corner, Huawei’s time at the second spot might just be short.

Take a look at the chart above again. Notice that for the past two years, Apple’s sales consistently soared every time new iPhones were released, with the peak coming in each December — toppling Samsung’s even. So even if Huawei would take the second place again in August 2017, September to December might be a tough time for the Chinese manufacturer to maintain its position.

Huawei should probably do something about its weak presence in the South Asian, Indian, and North American markets, which Counterpoint said limits its potential in the near-to mid-term to take a sustainable second-place position behind Samsung. Heck, it’s not even ranking in the Philippines now (see Cherry Mobile is top smartphone brand in PH. Here are the others.) Not that ours is a significant market, but we digress.

Counterpoint also mentioned that as what OPPO and Xiaomi have done, Huawei should perhaps further streamline its product range, too, because surprisingly, none of its models broke into the top 10 rankings for July even with its breakthrough performance as a brand. 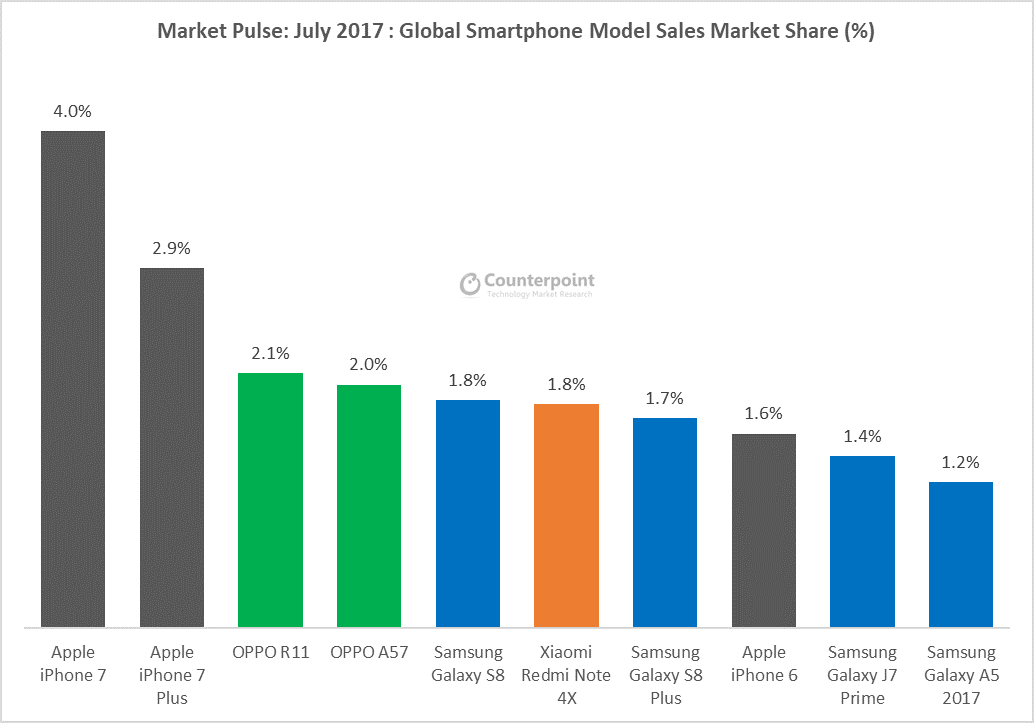 Will Huawei prove us wrong? Let’s see in a couple of months.