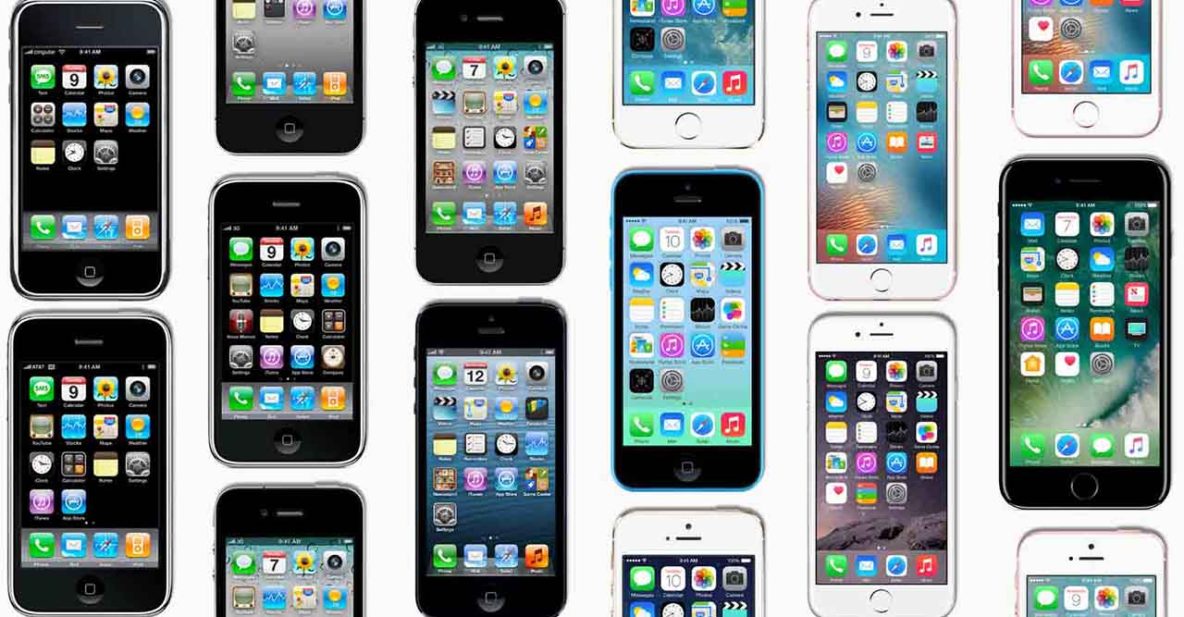 IT’S been 10 years since Steve Jobs introduced the original iPhone. Yes, it has been that long. Today, the iPhone remains Apple’s most important product and its biggest cash cow, though it hasn’t been smooth-sailing for the Cupertino-based tech firm lately.

CNN’s ’10 years of Apple’s iPhone,’ which celebrates the 10th anniversary of the handset. The segment was shot with an iPhone.

The iPhone is facing considerable competition in China from Xiaomi, Huawei, OPPO, Vivo, and other homegrown players. India rejected Apple’s suggestion to sell refurbished phones last year, and the Indian government, seemingly immune to Apple’s charms, continues to stifle plans to open up Apple Stores and iPhone manufacturing plants in the country.

Smartphone sales are also slowing, leaving Apple CEO Tim Cook and fellow executives to take a pay cut, as the company failed to meet sales expectations in 2016. And Google and Samsung finally figured out how to make phenomenal Android phones.

Let’s face it: The iPhone’s best years could be behind it. This year’s iteration — which Cook suggested could be the best in its storied existence — may not live up to the hype, or the lofty standards set by other superphones. (We hear Samsung’s Galaxy S8 will blow our minds.) Worse still, Xiaomi had already beaten Apple to the punch with the almost-bezel-less Mi MIX.

However, there is one aspect where the iPhone will continue to lord over Android devices despite its rivals’ best efforts. And in true Apple fashion, it’s likely that you won’t see it on any Samsung or Xiaomi handset in the foreseeable future. We’re obviously talking about software, iOS — the iPhone’s not-so-secret sauce and the ultimate thorn on the side of Android OEMs.

The iPhone’s best years could be behind it, but there is one aspect where the device will continue to lord over Android phones despite its rivals’ efforts. We’re obviously talking about iOS.

In case you haven’t noticed yet, the iPhone’s looks has been cloned a million times already. But iOS can’t be ported to non-Apple devices, which gives the handset a unique advantage over the competition. Custom skins and icon packs that can be downloaded from the Play store can only mimic bits of iOS; they will never replace the experience of using an iPhone. Any iPhone. Nothing out there even comes close.

And to be clear, yes, we do think iOS is better than Android — though in fairness, Google is closing the gap. (There are, in fact, several features we wish were in iOS.) But the platform war for mobile devices? Oh, Apple has been killing it so far.

As you may have heard, iOS has been built from the ground up and optimized to run on a number of Apple hardware, whereas Android is an open platform, with thousands of OEM and silicon partners, making it a logistical nightmare to update and develop for. Apple devices represent the ideal marriage of software on top of their underlying silicon, and it’s this union that makes the iPhone so responsive and fun to use.

Ever wonder why iPhones with half the RAM of their Android counterparts continue to dominate real-world and synthetic speed tests? Or why the latest iPhones can run the most demanding games at the highest settings without breaking a sweat? We’ll give you one guess. As we said, it’s the not-so-secret sauce. The Pixel phones are proof that Google is on the path to following in Apple’s footsteps, but it’s probably still a few years away from benefiting from the kind of in-house collaboration that allows the iPhone to floor the gas pedal.

Ever wonder why iPhones with half the RAM of their Android counterparts continue to dominate speed tests? Or why the iPhone 7 can run demanding games at the highest settings? It’s iOS.

On a related note, Apple’s approach to software and hardware favors developers and makes it easier for them to make applications for iPhones. The millions of paying iOS customers — who reportedly spend two times more on apps than Android users — are also why many app makers choose to create applications for Apple products either first or exclusively.

There are many examples of apps working better on the iPhone than on Android devices. It took Google six months to bring its awesome Gboard keyboard, an iOS-exclusive until recently, to Android. Jade Empire, an award-winning action RPG and one of our favorite games from last year, debuted on Android in November, a month after it got its second lease on life on iOS. Super Mario Run is limited to iOS for now.

The millions of paying iOS customers make many app makers choose Apple first. For example, it took Google six months to bring Gboard keyboard, an iOS-exclusive until recently, to Android.

For a more recent example of the community’s disproportional focus on Apple gear, look no further than the NBA app. Its newest update, which allows League Pass subscribers to download games for offline viewing, remains elusive to Android users.

But what we like most about iOS is that updates to the operating system are always timely and span across older and newer devices. To wit: IOS 10, Apple’s current software update, is now installed on 76 percent of active iOS devices, while 18 percent continue to run iOS 9. A measly 6 percent of devices are still on iOS 8 or older.

Care to find out what the percentage is for the latest Android version? 0.4 percent. Yep, we’re not kidding. Marshmallow is currently at 26 percent, and Lollipop at 34 percent.

iOS 10, Apple’s current software update, is now installed on 76 percent of active iDevices. Nougat, on the other hand, is only on 0.4 percent of Android units.

Upgrades are important because they typically introduce bug fixes, security patches, features, and aesthetic changes that make older hardware feel new again. So you can understand why many users feel aloof or left out whenever a new Android version is announced. For them, all it is is a whole load of improvements never coming their way.

Related video: What it was like when the first iPhone launched

Image via The Verge