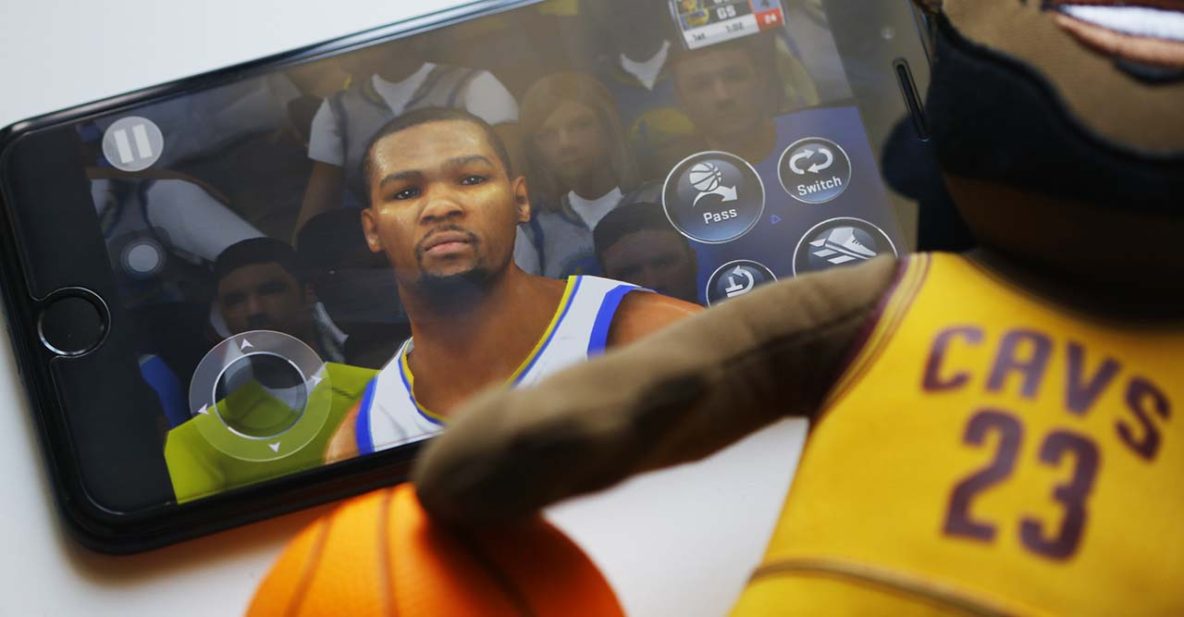 NEW year, new NBA season, new NBA 2K game for mobile devices. The wait has come to an end. NBA 2K18, one of the most popular sports franchises on console and PC, has dropped on mobile. And at around the same time as the launch of last year’s NBA 2K17, too.

SEE ALSO: NBA 2K17 for Android and iOS review: Worthy of the name

Our only grumble: It isn’t available on Android yet, though that might change soon. It’s commonplace for developers to prioritize iOS devices over their Android counterpart, after all, as there are more paying customers in Apple’s backyard.

We’d be shocked (and distressed) if a version doesn’t turn up soon for the gazillion of Android devices trundling about. Let’s wait a few days before ringing the alarm bell, shall we?

READ ALSO: How NBA 2K17 for Android is different from the iOS version

As for the game itself, NBA 2K18 for iOS is a massive download, approximately taking up 3GB of space, which is a lot for iDevices that don’t and will never have expandable storage. Additionally, the game requires iOS 9.0 or later and is compatible with the Apple iPhone 5s and up, newer iPads (iPad mini 2 and up, iPad 5th generation and up, and iPad Pro and up), and the 6th-generation iPod touch.

NBA 2K18 requires iOS 9.0 or later and is compatible with the Apple iPhone 5s and up, newer iPads (iPad mini 2 and up, iPad 5th generation and up, and iPad Pro and up), and the 6th-generation iPod touch.

NBA 2K18 promises a fresh soundtrack, a deeper singe-player campaign, a multi-year Association Mode, and tighter controls, including the ability to sprint on defense. Unfortunately, there’s no multiplayer mode to test yourself and show off your (virtual) basketball skills.

That’s it for now. We’re still getting acquainted with NBA 2K18 for mobile, but we’ll have more impressions of the game following today’s release.