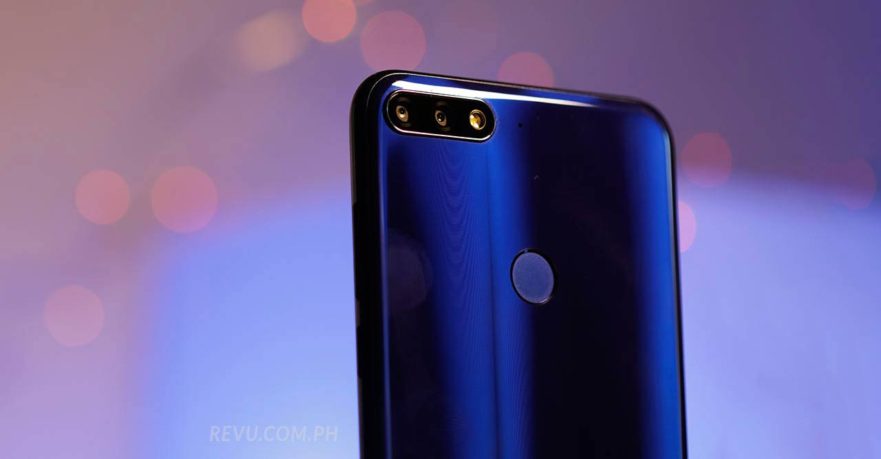 We called the Huawei Nova 2 Lite attractive, big-screened, and sufficiently fast in our hands-on review. After about two more weeks of testing it, do we still feel that the smartphone is a star in the sub-P10,000 (around $191) price category? Or has its lights dimmed?

For this in-depth review, we focus on the Nova 2 Lite’s three major product propositions — cameras, screen, and performance — and compare it a bit with the similarly priced OPPO A83. Read on to find out if the device, known as the Huawei Y7 2018 in other countries, still impresses the longer we use it. 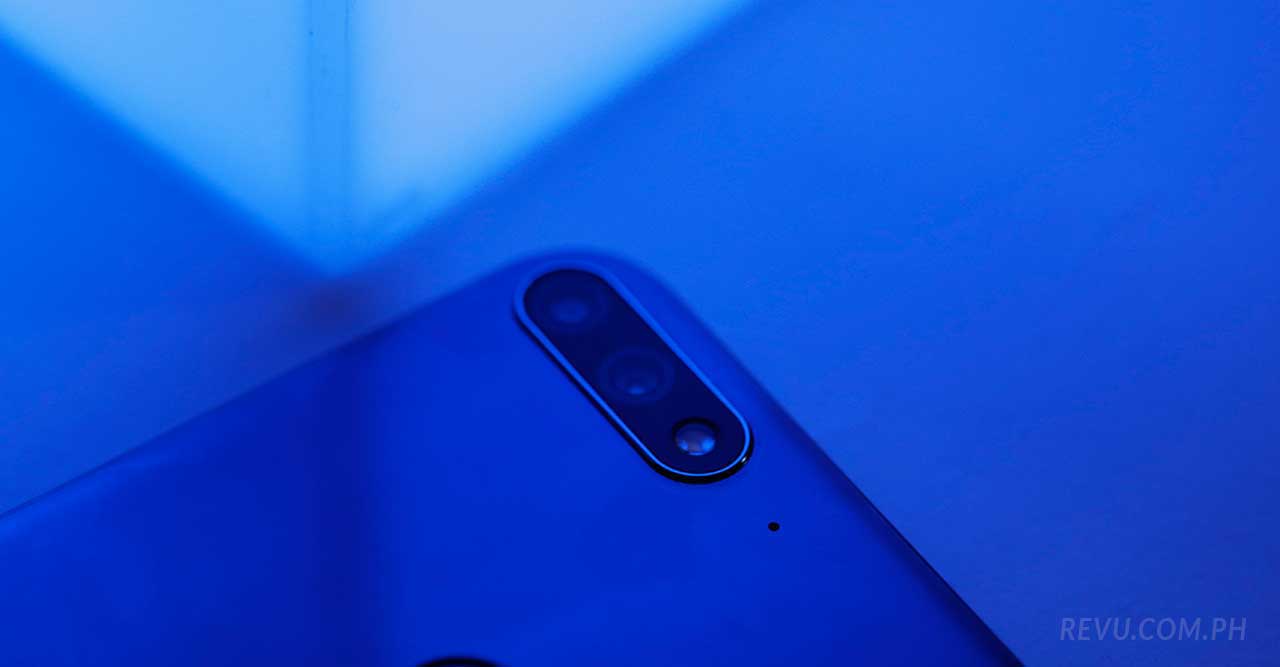 The dual-rear camera system is one of the Huawei Nova 2 Lite’s major product propositions.

At P9,990, the Nova 2 Lite is Huawei Philippines’ most affordable phone with dual rear cameras. A 13-megapixel main sensor is paired with a 2-megapixel one to let you take photos with depth of field. And it does so quite well, with edge detection being spot on more often than not.

You may not even need to enable the Wide Aperture feature to capture pictures with bokeh effect. The proof can be seen below.

Huawei Nova 2 Lite vs OPPO A83: Comparison of resized photos taken in Auto mode (inside a dim room). We had to slightly step back to achieve some sort of a blur effect in the A83 image

It was easy for the Huawei Nova 2 Lite to focus on our subject — the Darth Vader figure — and blur Luke Skywalker in Auto mode.

You can achieve the same results using Snapseed and other photo editors, but with this Nova, it’s a point-and-shoot experience. 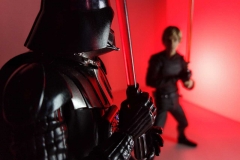 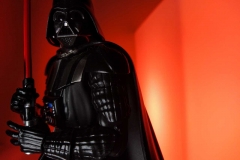 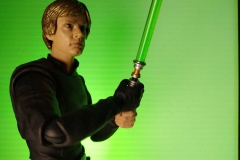 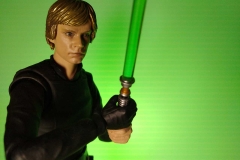 As you can see, photos generally come out vivid. The Nova 2 Lite shows us that there are budget-friendly smartphones that can get the job done with the right lighting, the right mood, the right angle.

In case you use Wide Aperture but prefer to change the subject of your image, there’s always Refocus mode. Just tap the aperture icon, and change the focal point and adjust the blur to your heart’s content. It’s that simple. 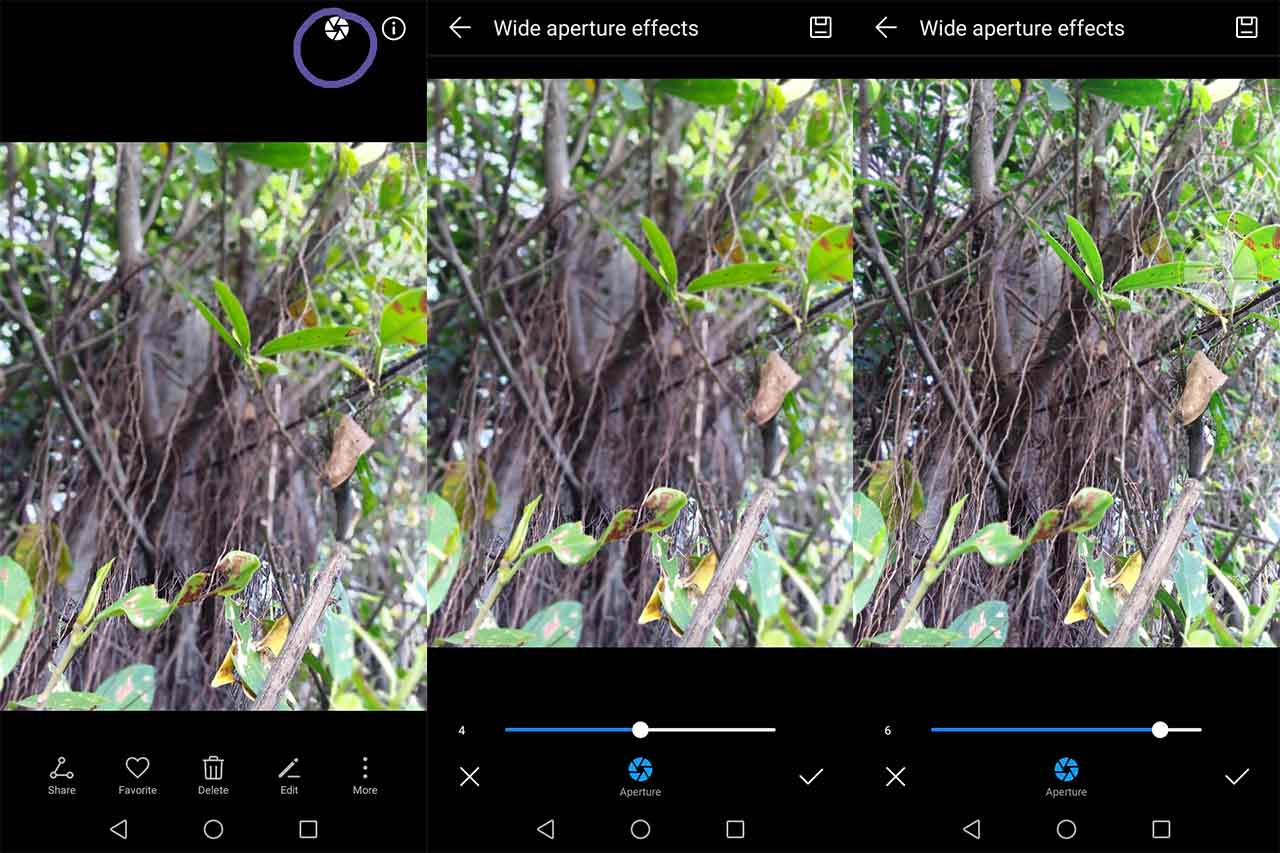 How to use Refocus mode on the Huawei Nova 2 Lite

We wish the 8-megapixel front camera were as terrific as the two shooters at the back, though. The selfies we took were a bit muted to our liking. On the plus side, however, it won’t make you look like a caricature even if you set the beauty level to 10, its highest setting. 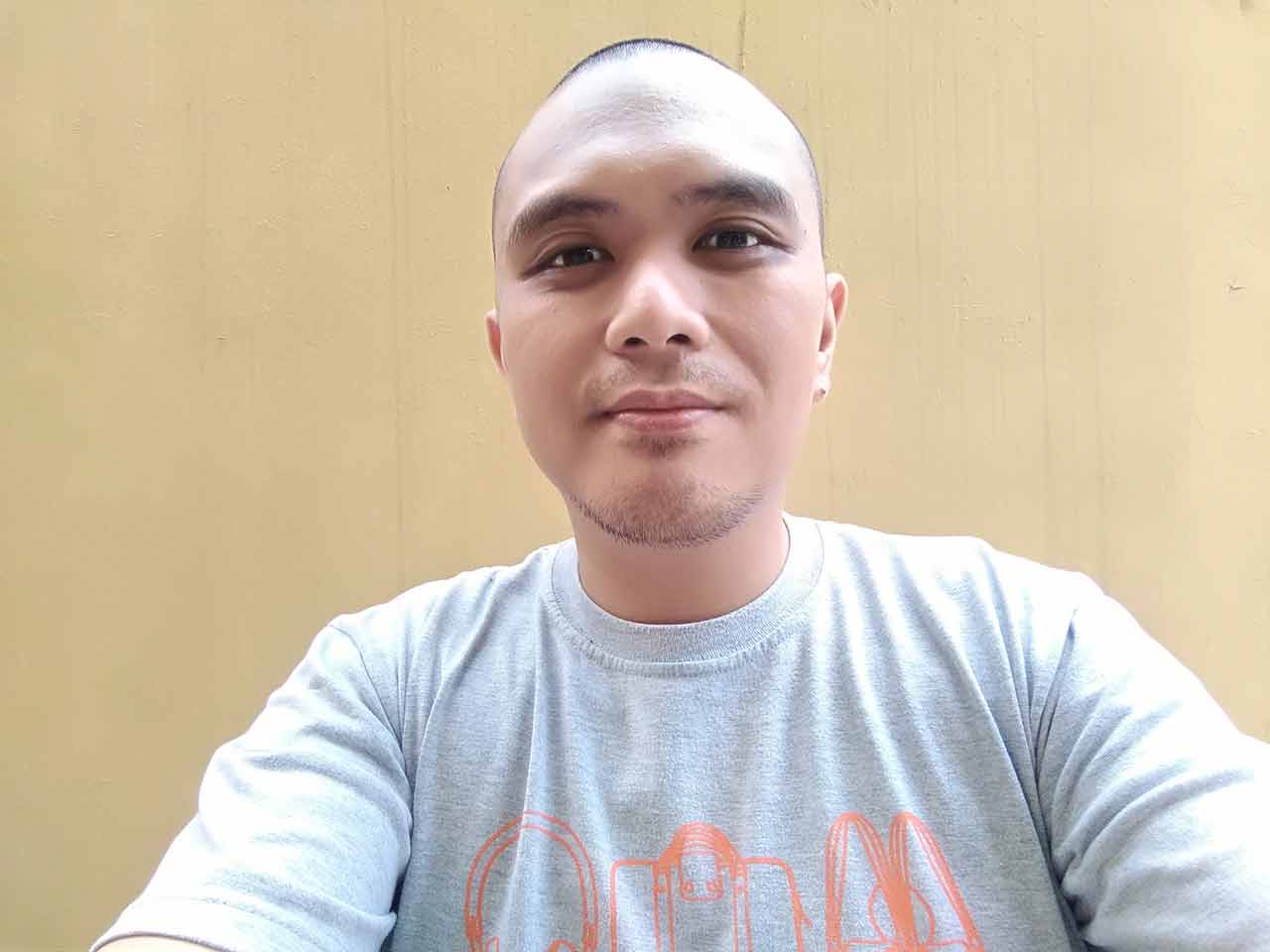 A sample resized selfie taken by our Revü Philippines partner, Ramon Lopez: Not caricature-like even if the beauty level is set to 10

The Huawei Nova 2 Lite’s screen spans almost 6 inches — taller than the A83’s 5.7-inch display but rides on the same “18:9 aspect ratio” trend, where you get more of the display and less of the unsightly bezels. 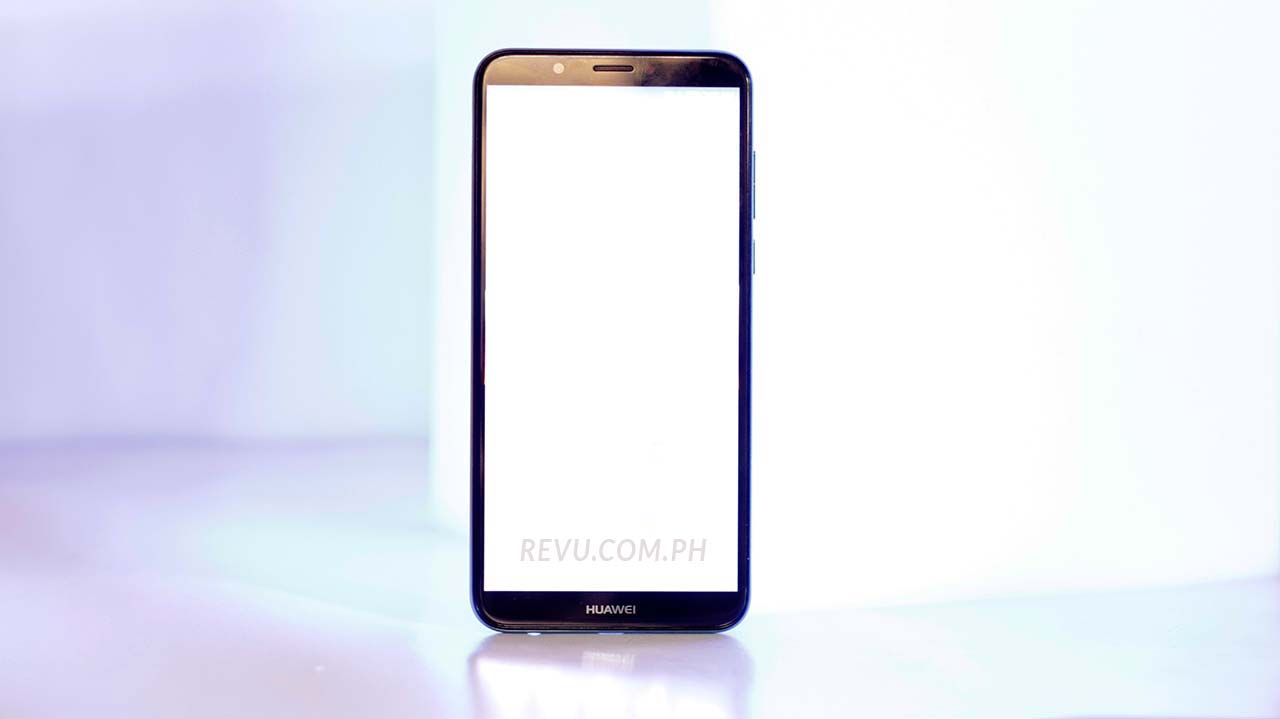 More of the screen and less of the unsightly bezels

On the one hand, that extra real estate plays its advantage to the hilt when you’re watching movies or playing games. This is one instance where you can say that size does matter. Having a nearly borderless mobile theater, as we’d like to call what people used to refer to as phablets, is something that we can’t imagine not having now.

READ ALSO: OPPO A83 review: The most recommendable OPPO phone yet

On the other, both devices’ panels have a resolution of 720 x 1,440 pixels. So if you look at them closely, you’ll find that the screen of the OPPO phone is sharper than that of the Nova, thanks to its size. But really, will the average user see the difference immediately and be bothered by it? We don’t think so. So this one’s no biggie to us. 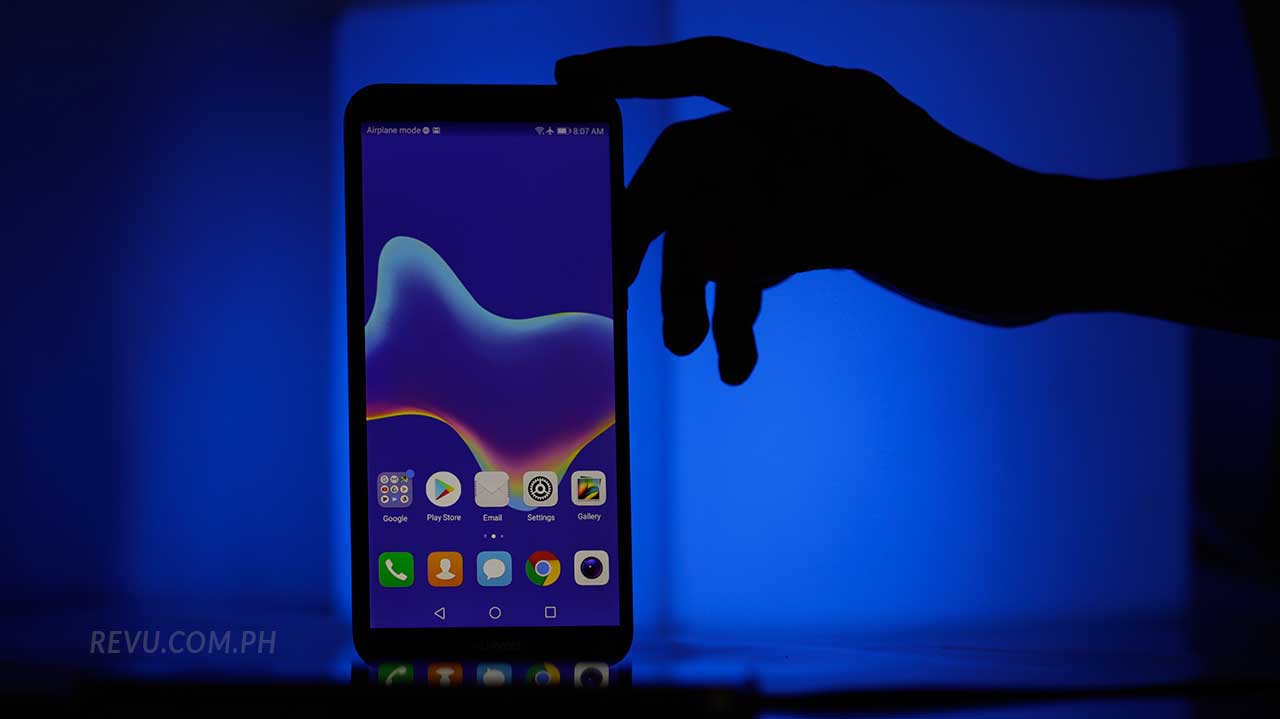 Now, if you like a warm tone to your display, then the Huawei Nova 2 Lite is for you. The default is Warm, and even if you change the color mode to Cold, it still contains more red, yellow, and orange tones than the OPPO A83’s. This one will then be a matter of preference.

On the inside, the Huawei Nova 2 Lite features an octa-core Qualcomm Snapdragon 430 processor. It’s an older mobile platform that is both efficient and cost-effective. Paired with the chip is 3GB of RAM — and that’s more than satisfactory for a budget entry under P10,000.

All that aside, the big question, at least in this segment, is this: Does the aging Snapdragon 430 have enough under the hood to power through modern games? We detail our experiences playing these five titles on the Nova 2 Lite. 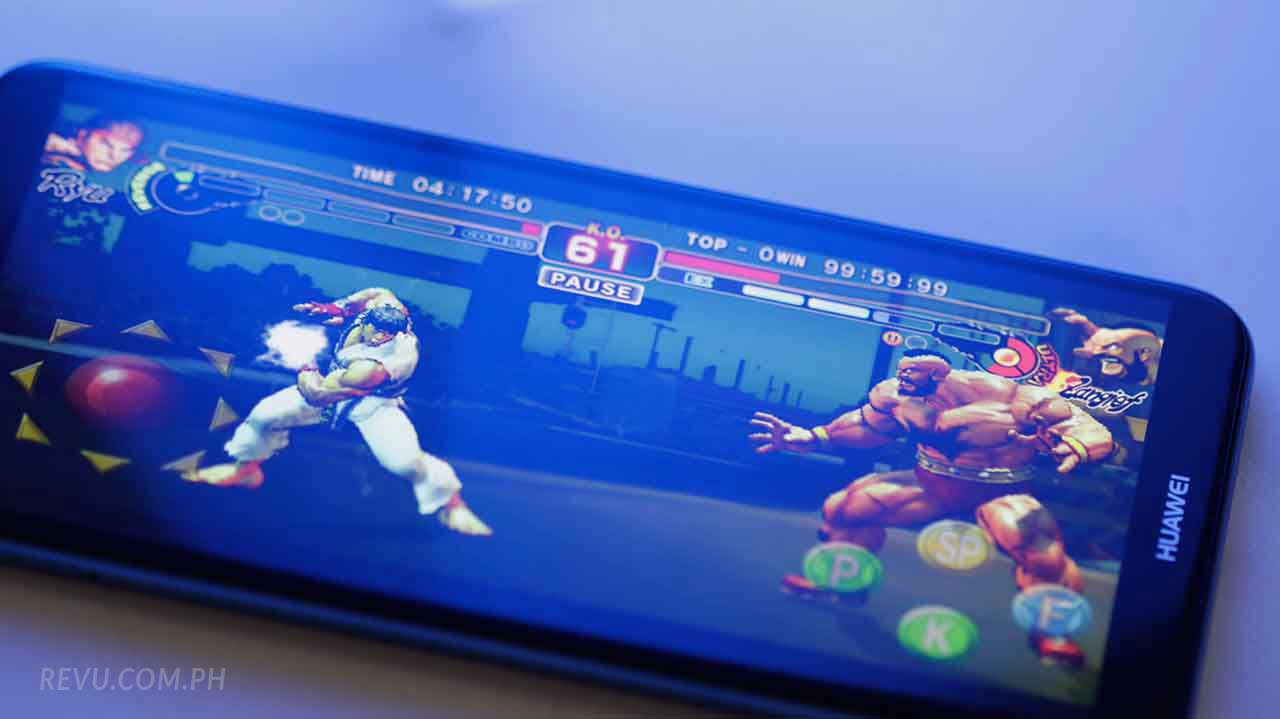 PlayerUnknown’s Battlegrounds Mobile, or simply PUBG Mobile, is one of the most popular titles on the Google Play Store now.

As with the hit PC version it’s based on, PUBG for mobile devices uses the Unreal graphics engine that powers many recent games. Which is to say it requires a lot of processing muscle to handle at high frame rates without stuttering. Plus, it’s an online multiplayer shooter that sees you competing against tens of human opponents battle royale-style. Slowdowns can cost you or your team a match.

Fortunately for the Huawei Nova 2 Lite, the chip can run the game smoothly, albeit at the lowest graphics settings. PUBG Mobile features a massive and detailed map. It has plenty of trees, lush green grass, shelters, not to mention a variety of drivable vehicles like cars and boats that help you navigate the open terrain with speed and urgency.

Gameplay doesn’t necessarily bog down when the action intensifies and bullets start flying from all directions. PUBG Mobile isn’t a game most budget devices can run — let alone run smoothly — so the Nova 2 Lite is occupying pretty rare air by virtue of simply being able to play it.

With regard to arguably the most popular sports game, the Huawei Nova 2 Lite can keep NBA 2K18 moving fluidly at medium settings. Lowering the settings further can significantly boost performance.

For the best experience, we recommend a mix of low and medium details. Compared to PUBG Mobile, the task of running NBA 2K18 is easier on the hardware. It does seem to require the full attention of the graphics processor, though. This is especially true in half-court sets, where all 10 players from both teams are on one side of the court.

Despite its late entry to the Android app store, Street Fighter IV is getting the attention of serious fighting-game fans. Its familiar aesthetic and complex yet approachable mechanics make for a distinct mobile experience. This translates well to the Huawei Nova 2 Lite. As an added advantage, the large and tall display makes move sets easier to pull off using the touch-based controls.

Graphics-wise, Street Fighter on mobile isn’t as taxing as the two previous titles. But it still requires decent hardware to provide a consistent fluidity to the precise and fast-paced gameplay. So far, we have absolutely no complaints about performance.

Titan Quest is a severely underrated game that made its way to mobile from the PC-gaming space. We’ve poured dozens of hours into this Diablo-like, hack-and-loot game, and we enjoyed our time. We’ll still play it every once in a while just for fun.

On the Nova 2 Lite, the game runs without any problems. The bigger, taller screen makes it easier to wander around and explore the wide range of environments on offer while mowing down hordes of monsters.

In case you haven’t heard, there’s a new Sims game out. It’s purpose-built for touchscreen devices, and yet features the same visually appealing 3D graphics and core gamplay the franchise is known for.

The game runs pretty smoothly on the Huawei Nova 2 Lite. It looks good, too, even though it you to set the graphics settings to your preference. Take note that the game takes your device’s native resolution into account. It will thus appear much sharper on screens that pack more pixels.

We said this before, and we can say it more confidently again: The Huawei Nova 2 Lite is a good-looking all-rounder for those on a modest budget. It’s just right to call it a superstar. If a Huawei smartphone that’s easy on the wallet can be this good, how much more for something that has beefier specs and features than this one?