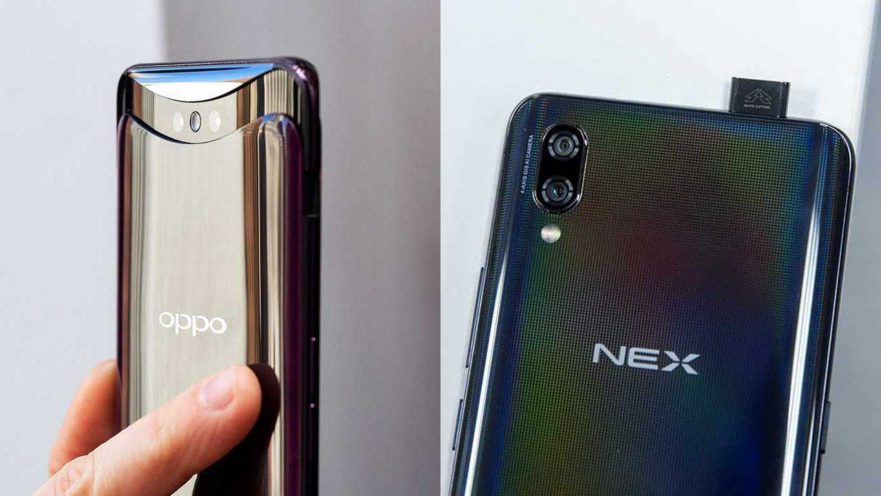 Despite the stigma of China-made products, Chinese smartphone manufacturers have continued to gobble up global market share. The current top 10 ranking is populated by the likes of Huawei, OPPO, and Vivo. Design- and technology-wise, they have improved by leaps and bounds as well, competing with brands like Apple and Samsung.

Two of them — both under BBK Electronics — launched devices within days of each other this week. On June 20 (Philippine time), OPPO announced the Find X at the Louvre in Paris, France. On June 13, Vivo unveiled the NEX in Shanghai, China, just before the kick-off of its sponsored event, the 2018 World Cup Russia.

SEE ALSO: Lenovo Z5 isn’t all it’s hyped up to be, but it’s priced aggressively

Two smartphones, two different strategies — but both offering something that should help them stand out from the crowd. One goes for the upscale market, and the other, while still premium, is a little bit easier on the pocket.

The OPPO Find X marks the return of the company’s Find series, a flagship line that went into hiatus after the launch of the Find 7 in 2014. The latter was one of the first units to feature a quad-HD display and the first to come with VOOC, OPPO’s fast-charging technology that boosts battery life to 75 percent within 30 minutes.

The smartphone also holds the distinction of having the highest screen-to-body ratio. We’re talking about 93.8 percent here. Most other handsets with nearly borderless displays are in the 80-percent mark. This is as close as it gets to an all-screen — and dare we say it, notch-less — mobile. 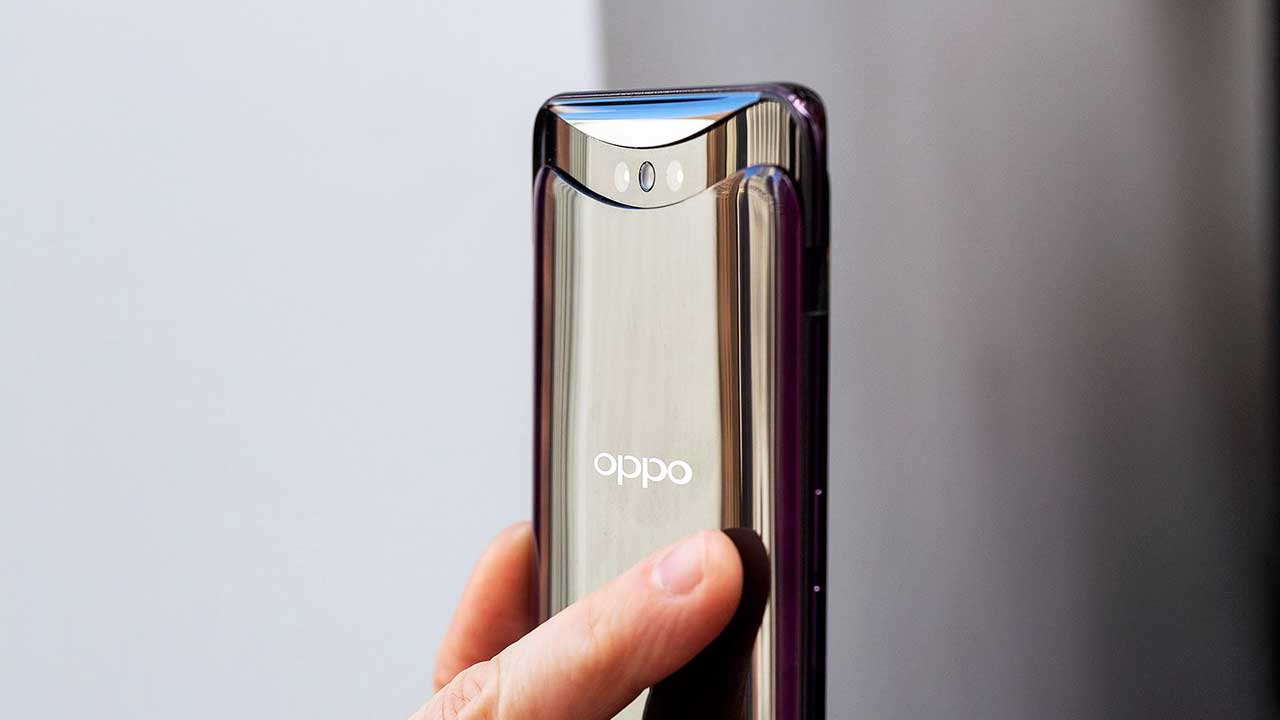 All three camera sensors of the OPPO Find X are housed in a sliding structure.

To achieve that, the OPPO Find X adopts a different design. The camera sensors are housed in a sliding structure that completely disguises them within the body of the phone. It’s also home to an infrared solution for 3D face recognition — a feature that’s being offered by only two other devices thus far: the Apple iPhone X and the Xiaomi Mi 8. 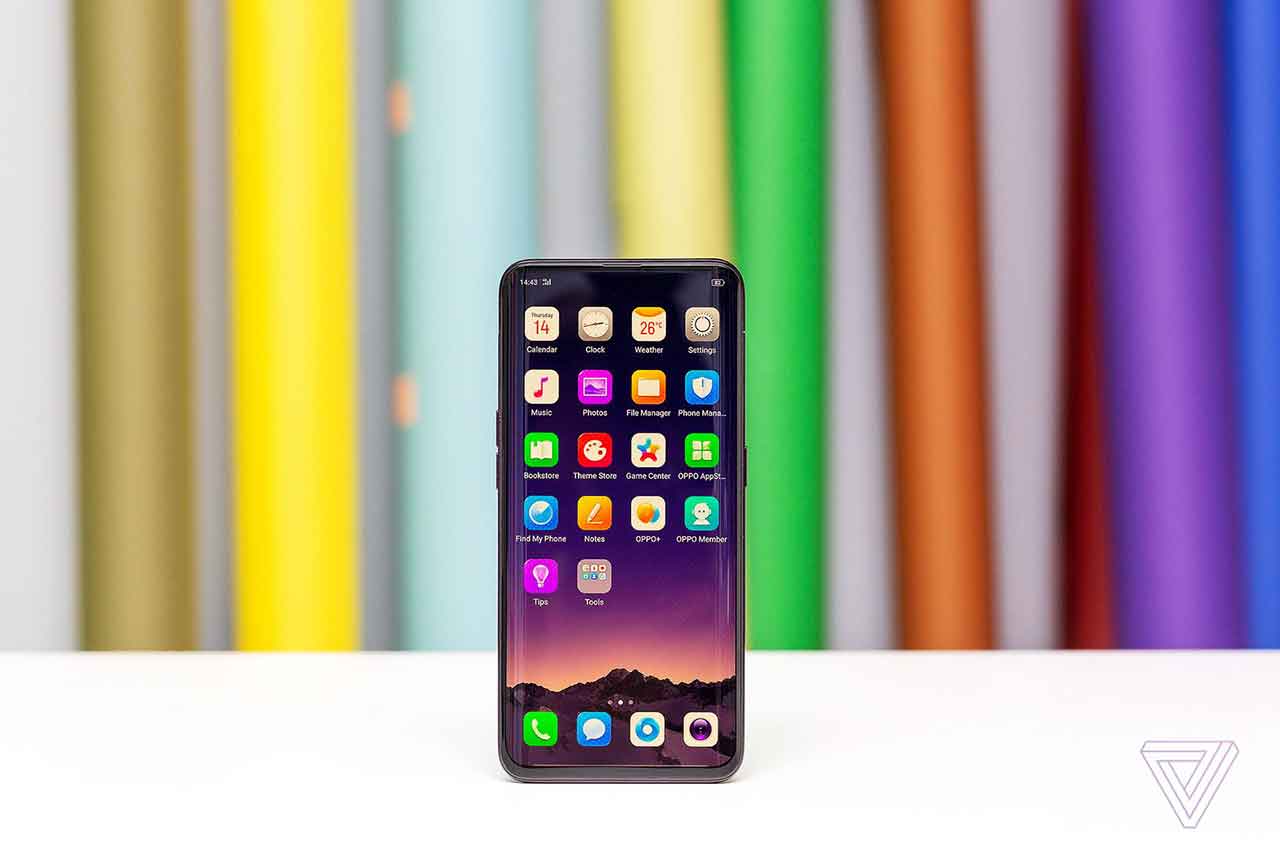 From the front, the OPPO Find X looks like the Samsung Galaxy S9 series on steroids because of its curved screen.

But when it comes to design — at least when you’re looking at it from the front — the OPPO Find X won’t be out of place when it’s sandwiched between the Samsung Galaxy and Galaxy S9+. Overall, it’s the company’s most striking effort to date — so attractive in Bordeaux Red and Glacier Blue. The regular edition is priced at €999 (around P61,754 or $1,155). 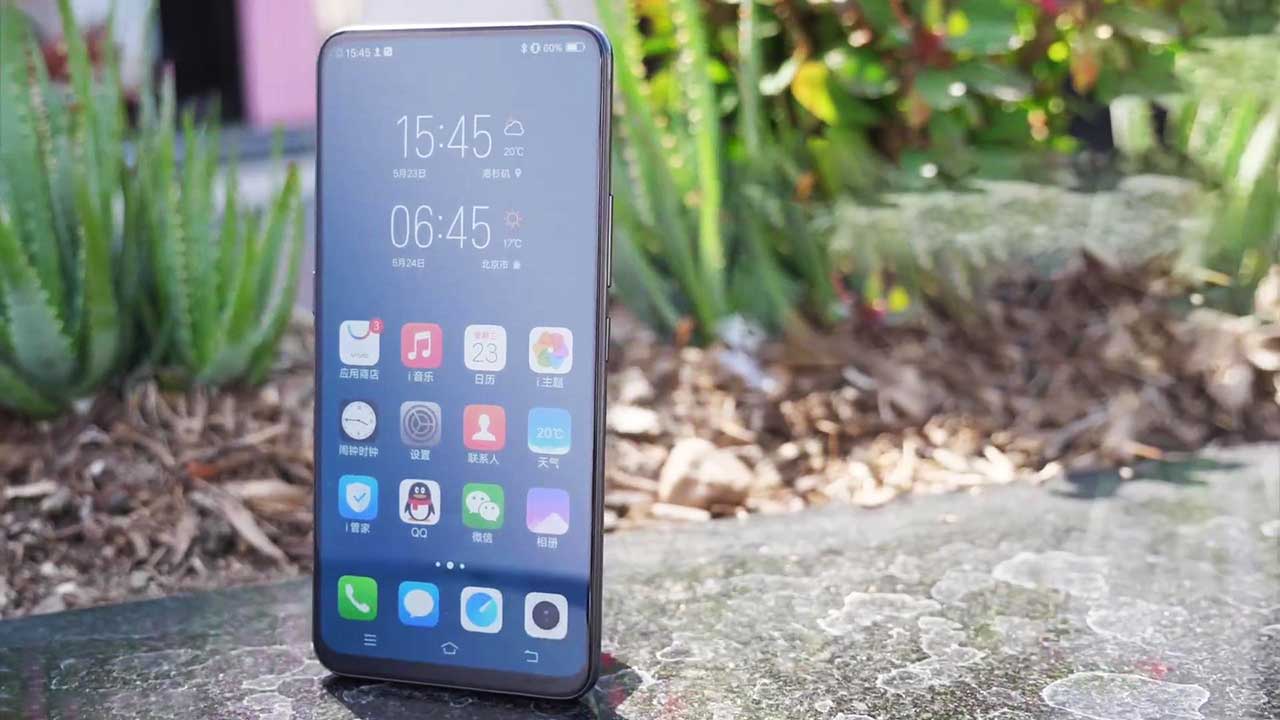 The Vivo NEX’s display has a screen-to-body ratio of 91.24 percent. It’s right up there with the OPPO Find X’s 93.8 percent.

On the other side of the fence, we have the Vivo NEX, the Vivo APEX concept phone come to life… but pimped-up this time. Its screen-to-body ratio of 91.24 percent is right up there with the Find X’s. There’s no notch either, paving the way for a truly unobtrusive viewing experience.

However, the Vivo NEX opts for another design instead of the slider used by the Find phone to achieve that. The front camera is motorized; it pops up when you need it to take selfies and retracts when you’re done. 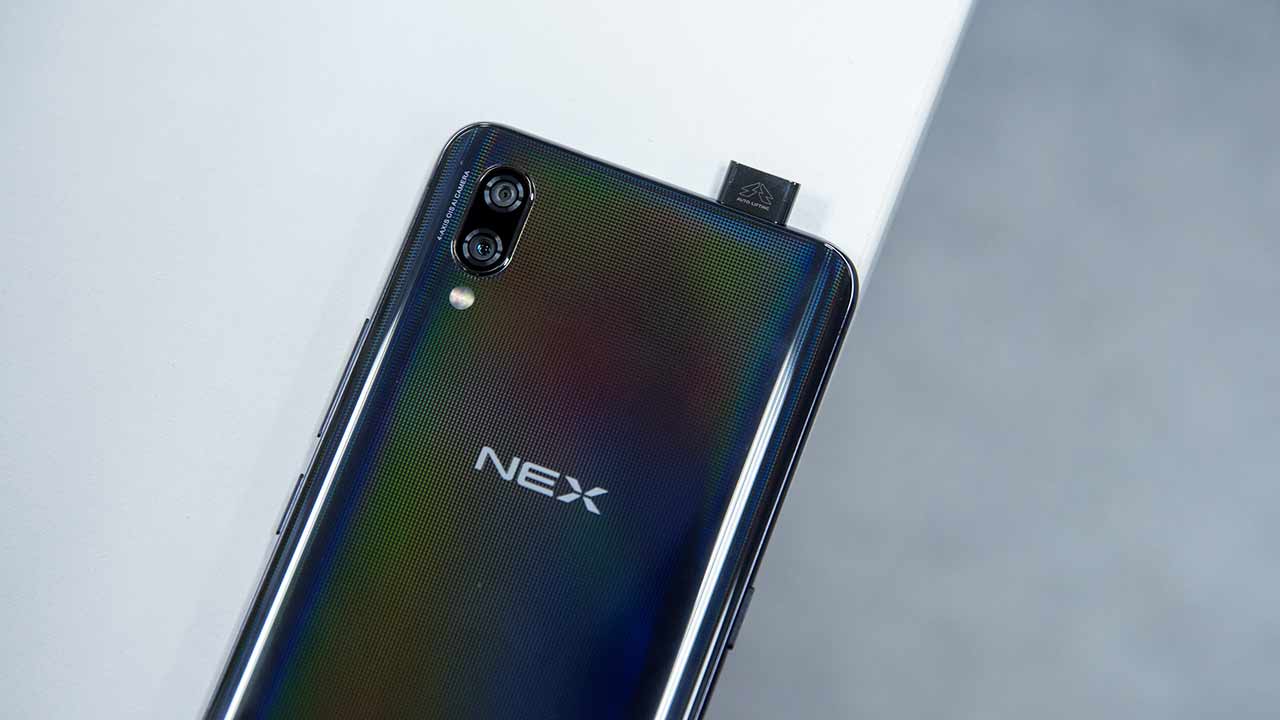 The Vivo NEX has a pop-up front camera.

The whole 6.59-inch display is turned into a speaker as well. This is courtesy of Screen SoundCasting technology, which is said to add more powerful bass and softer, smoother treble.

Plus, the fingerprint sensor is placed under the display. This is not something new to Vivo, as it was the first to introduce the feature in the X20 Plus UD in January. In fact, the feature is also present in the Vivo X21 UD, which is set to launch in the Philippines tomorrow, June 21.

Design-wise, the NEX’s glass back looks conventional at first glance, but up close, you’ll see a holographic laser etching. Put the smartphone under the light, and there’s a rainbow-color refraction to give it a cool vibe.

SEE ALSO: Here are some camera samples of the Vivo X21

Two Chinese smartphones, two sister (yet fiercely competing) brands that came with guns blazing. If they keep this up, there’s nowhere to stay for Chinese brands but up in the race to innovation.