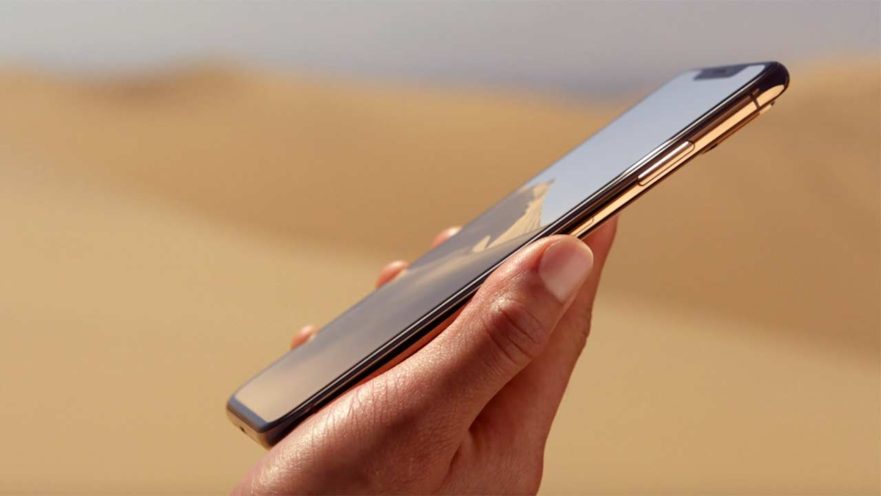 Gather round. Apple has taken the wraps off its 2018 iPhones, ushering in a new era that will either be more groundbreaking than the last 11 years or signal the decline of the brand that spurred the smartphone boom.

This year’s lineup — all dual-SIM iPhones — sees the biggest iHandset yet, the Apple iPhone XS Max, with a notched OLED screen that spans 6.5 inches. It’s virtually identical to the 5.8-inch Apple iPhone XS — only bigger.

Official video: Apple iPhone XS Max, iPhone XS, and iPhone XR (the cheapest, featuring a 6.1-inch LCD Liquid Retina Display. You can read about it in this article: Meet the Apple iPhone XR, the new iPhone for the ‘masses’)

The two are powered by the A12 Bionic, a 7-nanometer chip not unlike Huawei’s HiSilicon Kirin 980. But while the latter will debut in the Huawei Mate 20 and Mate 20 Pro in October, the A12 will be commercially available to the public sooner, what with the new iPhones’ rollout starting end-September.

The chip features a six-core CPU. The two performance cores are said to be 15 percent faster and 40 percent more power-efficient than the ones in the A11. The others — the four efficiency cores — should consume 50 percent less power. And while the predecessor had a two-core Neural Engine design, the A12 Bionic has eight, which should enable new features that use real-time machine learning.

SEE ALSO: What many thought about the iPhone X was wrong

The cameras of the two more premium models of the three iPhones announced this year share the same specs as those of the 10th-anniversary iPhone. But they have more capabilities than the latter, thanks to the A12.

The bokeh quality in pictures shot in Portrait mode is said to be more advanced, and you can adjust the depth of field or blur in real-time preview and in post-capture right in the Photos app. Smart HDR can recognize highlights and shadow details. There’s face and body detection, in addition to automatic red-eye reduction. Plus, larger and deeper pixels should improve low-light performance and image fidelity.

With the Apple iPhone XS Max and iPhone XS, you also get faster Face ID, wider stereo sound, IP68 water- and dust-resistance rating, a variant with 512GB of storage, support for gigabit-class LTE and Bluetooth 5.0, improved wireless charging, a gold finish besides silver and space gray, and iOS 12 out of the box.

How much are the Apple iPhone XS Max and iPhone XS? Their prices

Apple may not be at the top of the smartphone heap when it comes to market share, but it’s the one awash with cash. It’s the most valuable publicly traded company today, making history as the first American firm to hit the $1-trillion market capitalization. Its third-quarter 2018 earnings reached $53.3 billion, and around 60 percent of that was driven by the iPhone, thanks in part to an increase in the device’s average selling price.

Apple’s strategy this year is no different: Pricing is still more premium than ever. Check out the respective costs of the latest iPhones.

Which countries will get the Apple iPhone XS Max and iPhone XS first, and when? The preorder date and availability

Apple will accept preorders for the new iPhones starting September 14, with availability slated for September 21, in the following first-wave countries and territories:

The second rollout will begin September 28 in more than 25 countries and territories, including:

There’s no Philippines on any of the lists just yet. Last year, the Apple iPhone X was released in the country on December 1, while the Apple iPhone 8 and 8 Plus became available much earlier, on November 17.