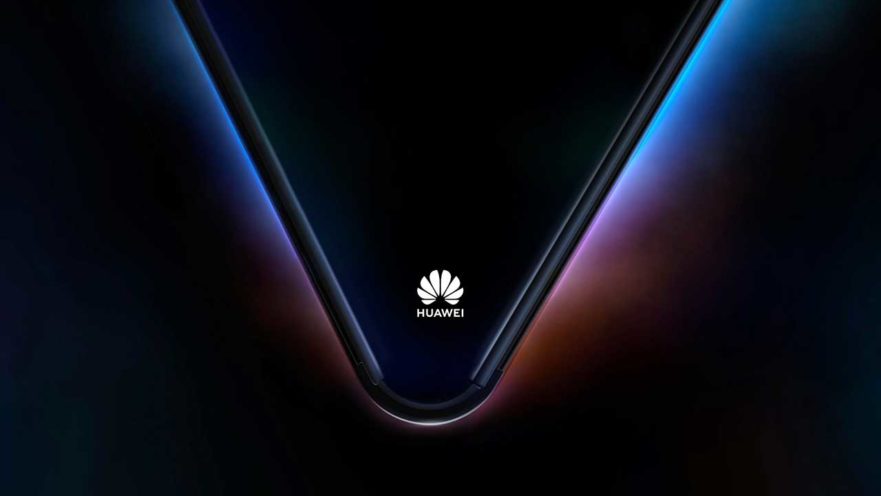 Huawei is set to unveil its first foldable smartphone on February 24, just days after Samsung made headlines with the Galaxy Fold and Galaxy S10 series. Now we know what it will look like.

An image of a Huawei Mate X banner being put up is making the rounds online, showing the upcoming phone-tablet hybrid’s front and back. Huawei CEO Richard Yu earlier told investors in Beijing that Huawei will reveal “the world’s first 5G smartphone with foldable screen” at MWC 2019, which the advertisement seems to confirm.

The scaffolding obscures some of the text, but you can just about make out the lines in the image. The second line reads, “World’s fastest foldable 5G phone,” which the Mate X could be if the claim is based on data speeds. 5G connectivity is optional on the Galaxy Fold; it will be standard on the Mate X.

The design of the Huawei foldable is also different from Samsung’s, which has an exterior secondary screen to complement the main screen that bends inward like the inside of a book. On the Huawei Mate X, the flexible display is hinged in the center and folds outward, leaving it exposed even when in phone mode. Upon close inspection, the back of the device seems to sport a couple of sensors and at least three cameras.

Specs-wise, the Mate X is said to run on the same Kirin 980 procesor that powers the Mate 20 family and will feature Huawei’s own 5G modem. The price is unknown at this point, but hopefully, it will retail for less than the Samsung Galaxy Fold with an eye-watering starting price of $1,980 (about P103,054 converted) in the United States.