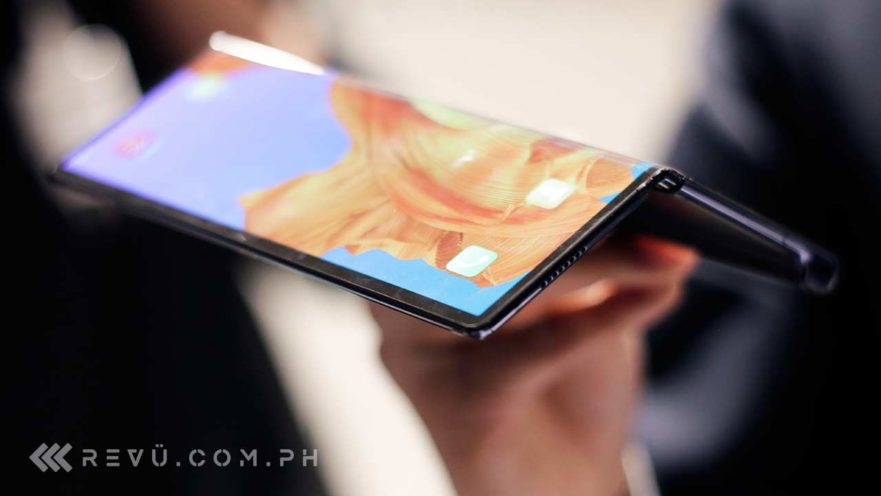 Huawei has revealed its most ambitious product yet at MWC 2019 in Barcelona, Spain. It’s called the Huawei Mate X, where “X” could easily stand for “extraordinary” — which this foldable 5G smartphone is — at least at first glance.

(Update, March 12, 2019: We got our hands on it for hours! Read Huawei Mate X: In-depth look, sample pictures, FAQ. Update, February 26: Huawei has finally allowed the media to hold the Mate X. Unfortunately, we were already on our way to the airport at the time.)

We weren’t allowed to touch the device (no member of the press was allowed to), much less hold it in our hands, so everything you read here is only an assumption, with the exception of the specs. Even so, we were just a few inches away from it. Plus, we think it’s important to note that the prototype we saw could just as easily pass as retail-ready hardware.

Head of global product marketing for marketing Clement Wong, who handled the Mate X in a closed-door session with the media, wasn’t extra careful about folding or opening up the device, which was good, especially because the phone is set to launch in June this year.

The Mate X will cost €2,299 (around P135,671 or $2,607) when it becomes available in the middle of 2019. Yes, its price is higher than Huawei’s latest MacBook Pro killers, but that’s expected given the advanced technologies used here.

Case in point: the flexible OLED display. It bends outward and wraps around the outside of the smartphone. This allows the screen to sit completely flat when folded, which means it’s exposed all the time, though Huawei says a first-party case will be available to give the Mate X the protection it (seemingly) needs. 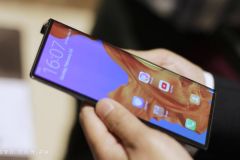 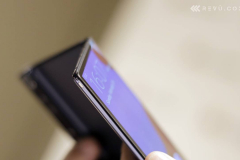 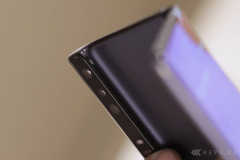 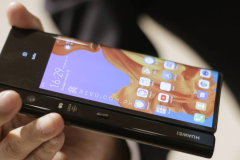 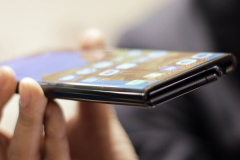 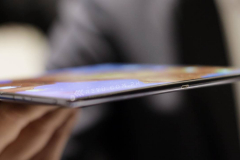 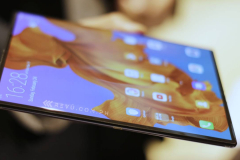 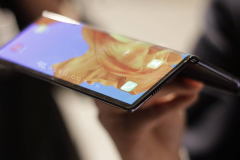 It’s 8 inches across diagonally with an almost square-ish 8:7.1 aspect ratio when the Mate X is fully opened in tablet mode. When you close it, you get a 6.6-inch display to work on and a secondary 6.4-incher around the back, where the grip, sensors, and triple-sensor camera array are located.

As with the Mate 20 series, the cameras on the foldable device have been co-engineered with Leica and comes with an ultra-wide-angle sensor and a telephoto option for sharp photos taken from a distance.

There’s no front camera here. To take a selfie, you’ll need to use the main shooter and back-facing screen to assist you in framing the shot. You can also use the extra display to mirror the one on the front, so when you’re taking a photo of someone, the person will be able to see exactly what you are seeing before clicking the shutter.

READ ALSO: What makes the Huawei Mate 20 Pro’s cameras a cut above the rest

The Huawei Mate X will arrive with a Kirin 980 processor mated to 8GB RAM, 512GB storage, and the company’s new 5G modem Balong 5000 for blazing-fast download speeds where available

It includes a fingerprint scanner embedded in the power key on the side and carries two batteries for a total of 4,500mAh capacity, with fast charging of up to 55 watts — the fastest we’ve seen so far. Huawei says it can top up the phone to 85 percent in just 30 minutes. Brilliant.

The Huawei Mate X is shaping up to be the ultimate foldable phone that the company promised it would be. It’s more expensive than the Samsung Galaxy Fold, but it’s also a more impressive device inside and out.