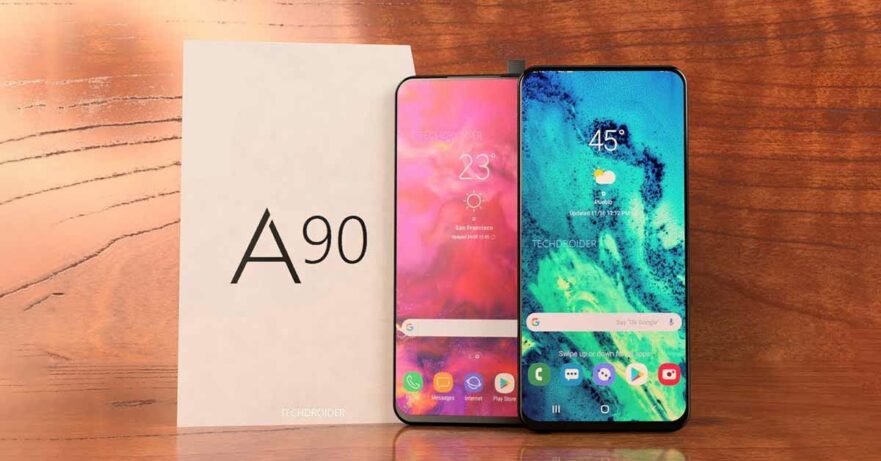 At least one more Samsung Galaxy A series phone is scheduled to launch next month. The Korean manufacturer has sent out invitations to a press event happening on April 10 in three separate locations — Bangkok, Milan, and São Paulo.

(Update, June 26: It didn’t go official last April 10, but you have to check this out: Samsung Galaxy A90 key specs that have leaked out so far.)

Will there be three more A-branded devices to look forward to in April? Well, the teaser posted by Samsung seems to allude to three phones standing next to each other, so we’d say it’s possible that we see three new phones announced instead of one.

Another Samsung ‘A Galaxy Event,’ this time scheduled for April 10

Needless to say, the highlight of the event is probably the Galaxy A90, which is claimed to be the first Samsung phone with a sliding, rotating mechanism for its camera. It might also sport an end-to-end screen without a notch or hole-punch cutout like the Galaxy S10 handsets.

The A90 could be marketed as a gaming phone, too, as it reportedly falls under the brand’s list of “Ultimate Gaming Devices.” We could be looking at an Exynos 9810-powered unit, which is fine even if it’s not in the same league as Samsung’s current flagships.

The Samsung Galaxy A90 could be marketed as a gaming phone, as it reportedly falls under the brand’s list of ‘Ultimate Gaming Devices.’

The Samsung Galaxy A90 has been confirmed to come with 6GB/8GB RAM and 128GB of storage. It will be released globally in black, gold, and silver colors. Considering Samsung’s aggressive pursuit to reclaim market share in Asia, it’s highly likely the handset will officially end up in Philippine stores sooner rather than later.