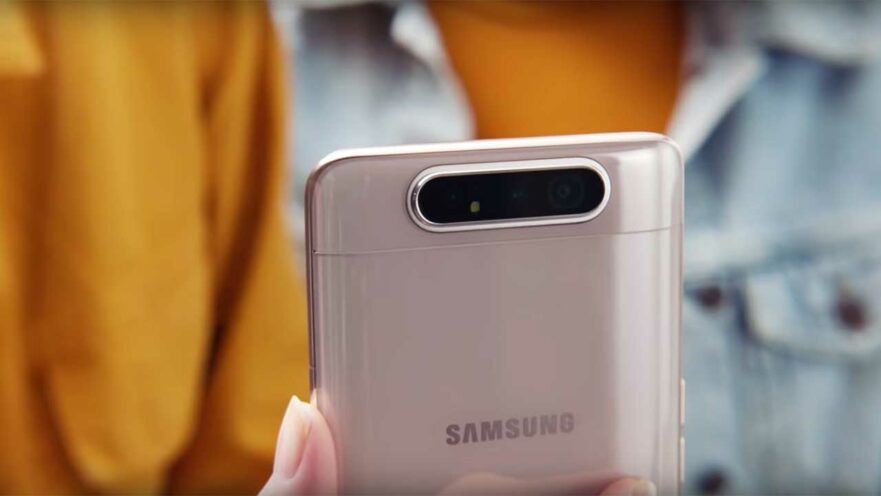 The Samsung Galaxy A80, the Korean tech company’s latest upper-midrange flagship and most expensive device in the Galaxy A lineup, will indeed go on sale in the Philippines in July.

In a press release sent to us at Revü, no less than Samsung Philippines confirmed that the Galaxy A80 will be available for purchase from July 12 in Phantom Black and Angel Gold colors. The handset, whose global debut took place in April, was earlier launched in Europe for €649 off contract, or around P37,907 or $739. It will be priced at P34,990 ($682) in the Philippines.

SEE ALSO: Launched: Galaxy A80 with pop-up rotating camera, Galaxy A70 and Samsung Galaxy A70: Price, availability in the Philippines

If you’re not familiar, the Galaxy A80 is the first Samsung smartphone with a sliding and rotating camera that can be used for selfies and video chat.

The camera module houses a 48-megapixel primary sensor, an 8-megapixel one behind an ultra-wide-angle lens, and 3D depth sensor for portraits. We think it’s clever that the same camera pulls double duty for selfies, though we’re still not sure how the mechanism will fare after a year or two of use.

Another big attraction is the 6.7-inch Super AMOLED display up front with no notch, an extra-tall 20:9 screen aspect ratio, and always-on functionality. Inside, there’s a Qualcomm Snapdragon 730 with 8GB RAM and 128GB of storage, while a 3,700mAh battery keeps the lights on.