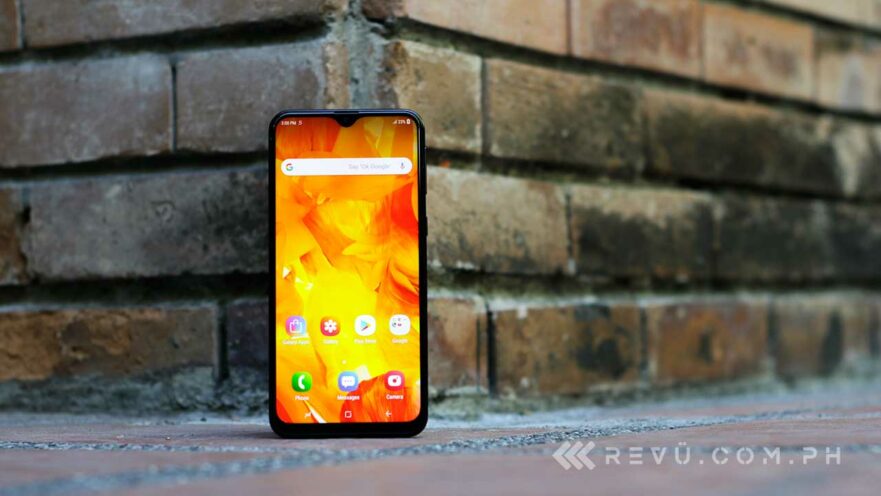 Guess what we at Revü just spotted online? The Samsung Galaxy M20‘s new local suggested retail price — or what seemed like it — which is at its lowest, ever.

(Update, June 11: The price is still the same 10 days after we reported this! This could indeed be a permanent markdown! Update, 10:43 p.m., June 1: This could be a sale, though Samsung Electronics Philippines hasn’t announced any promo, much more promo duration, for the handset. Let’s see. If it is, then now is probably the best time to buy a Samsung Galaxy M20. We’ll update you.)

The Galaxy M20 became available in the Philippines in March, more than a month after it was launched alongside the M10 in India. Here, it’s being sold only on online stores Lazada, Shopee, MemoXpress, Argomall, and Abenson, though take note that at the time of posting this article, you can get it at the said amount from the first three ecommerce sites.

The phone has a big, 6.3-inch screen that Samsung calls an Infinity-V Display — basically a screen with a waterdrop notch. It boasts an ultra-wide-angle camera, something that most devices in its category don’t have. And the battery is massive at 5,000mAh.