Realme, which started as an OPPO sub-brand and made its local debut in November 2018, really deserves a round of applause for making all the noise it has made in around six months of operations in the Philippines.

It has already earned a spot among Samsung, Huawei, OPPO, and Vivo in no time, despite the stiff competition in the local Android scene. A big part of its success leans on exciting offerings in the budget category — and the new Realme C2 is its latest attempt to assert itself as the market leader and go-to brand for well-specced yet reasonably priced devices.

Every Realme handset released in the Philippines so far has offered something genuinely compelling that has made it stick out next to similar models in the segment — and the newest Realme C2 is no different.

For all the talk of affordability, the Realme C2 is a handsome phone that also feels nice to the touch. Some budget phones are made of plastic that is made to look like metal; this one is proudly made of polycarbonate, which seems to be durable enough to drops and tumbles alike with ease.

Perhaps more importantly, the back cover has the same diamond pattern as the Realme 2 and features a grippy textured finish which also reflects light differently depending on how you hold the handset. You only get a choice between two colors — black and blue — but both look distinctly attractive and have a tactile finish around back.

The Realme C2 doesn’t come with a case by default, which is a bit of a letdown but understandable at this price point. A set of earphones isn’t included in the package either. So if you’re into listening to music or podcasts while working out or during long commutes, you’d better be prepared to bring your own pair.

Physically, the phone feels like it’s sized just right for most users’ hands. In our experience, one-handed use is comfortable, even when typing or trying to use the camera. It doesn’t feel awkward to stretch your thumb to reach the top of the screen to pull down the notification panel.

The sides of the device don’t offer the same feel in the hand; they’re smooth, but not glossy at all. The card slot on the right can fit two nano SIMs and a microSD for expanding storage capacity. The power and volume buttons are located in the same general places as on the Realme C1. The power button is on the right-hand side, while the separate volume keys are on the left.

Along with the mono speaker and headphone jack, the microUSB charging port is placed at the bottom. And that isn’t surprising given the lack of a USB-C on the higher-end Realme 3 Pro. The Realme C2 doesn’t have fast charging, but it packs a pretty big battery that offers serious mileage on a single charge.

There’s no fingerprint reader anywhere on the device, though Realme’s facial-recognition feature offers a faster way to secure and unlock the screen in lieu of typing in a password or PIN. Face unlock works about as well as it needs to, though it can be hit or miss in low light.

The Realme C2 fronts a 6.1-inch touchscreen LCD display at a resolution of 1,560 x 720. The front panel is layered with Corning Gorilla Glass 3 for added protection, on top of a preinstalled generic film protector.

The screen has a dewdrop-style notch to house the selfie camera while keeping the top bezel small and leaving enough room for other components like an earpiece speaker. The bezels are actually mostly narrow, except for the one at the bottom.

The display itself is a plus. It’s an LCD, which means the colors are satisfyingly accurate in that they’re not washed out or overly saturated. Viewing angles are fairly wide, and daylight visibility is also good, the screen sufficiently bright for outdoor use.

In our time with the Realme C2, we found the viewing experience to be pleasant enough for web browsing, watching movies, and casual gaming. You know, the general smartphone stuff.

Full-screen gestures are supported on the Realme C2, like on other Realme devices, so you can permanently hide the navigation bar and use swipe-up gestures to access Android’s home, back, and recent apps actions. The double-tap gestures remain intact as well.

Navigating the Android 9.0 Pie-based ColorOS 6 interface feels intuitive, but we did notice some clunkiness from time to time when using gesture controls to quickly change apps. Though far from perfect, we still prefer it to the traditional Android navigation bar, which takes up valuable space on the screen.

Similar to the Realme C1 before it, the Realme C2 is equipped with a dual-camera set on the back, with the main camera packing a 13-megapixel sensor behind an f/2.2 lens. The 2-megapixel secondary camera is still a depth-sensing one that adds bokeh to your portraits.

If you want to get close, the digital zoom goes up to 4x, which is standard fare for budget shooters. You’ll need to pinch-zoom on the camera viewfinder to access the 4x digital zoom, while the toggle for the 2x zoom is directly accessible from the viewfinder. The 2x zoom is actually quite useful and can get you some nice shots under natural lighting.

Additionally, the Realme C2 gets Chroma Boost, an HDR mode that improves the contrast and saturation resulting in a more appealing picture. This feature works best when shooting colorful scenes.

Portrait photography is also a strong aspect of the Realme C2’s camera package. The background blur looks close to natural, and Realme’s edge detection is mostly spot on, rightly blurring the background without mashing the edges of the subject into a paste. One thing we noticed shooting non-human subjects in Portrait mode is that the focus leaves a lot to be desired, making closeup shots hard to capture. 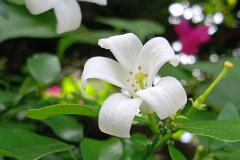 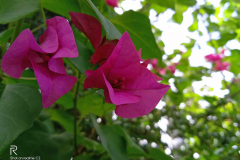 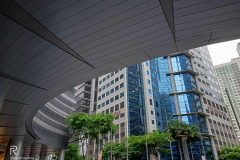 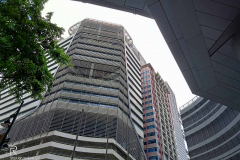 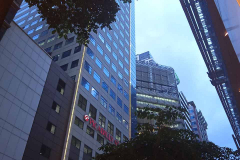 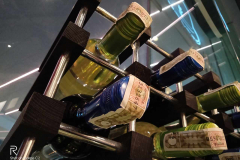 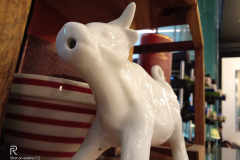 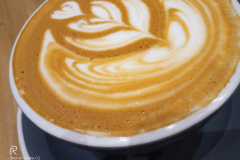 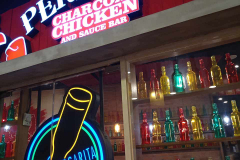 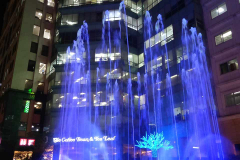 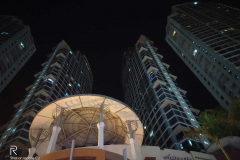 Pictures taken with the Realme C2, from daytime to nighttime

Our night shots turned out rather well, despite the absence of a dedicated Night mode and individual ISO and shutter-speed controls in Expert mode. Detail is abundant, dynamic range doesn’t feel over-processed, and bloom from artificial lighting doesn’t blow out the same way it does on most other budget phones we’ve tested.

Low light is the real proving ground for smartphone cameras, and the Realme C2, while not particularly impressive in this regard, doesn’t disappoint for the price.

The front selfie camera has 5 megapixels and is pretty good, too, operating nicely in daylight with detailed captures and accurate skin tones. Portrait selfies look fine when there’s plenty of light, while the in-app beauty setting is surprisingly simplistic yet still effective. Low-light snaps, on the other hand, lean toward softer images.

A MediaTek Helio P22 with Cortex-A53 cores clocked at 2GHz powers the Realme C2. The 12nm processor is mated to PowerVR GE8320 graphics and 2GB or 3GB RAM and up to 32GB of internal storage. On paper, at least, it’s more powerful than the Exynos 7870 found in the Samsung Galaxy M10 and the Redmi 7A’s Qualcomm Snapdragon 439 spec.

Is there a clear jump in performance between the Helio P22 in the Realme C2 and the Snapdragon 450 that keeps the Realme C1 ticking? Honestly, it’s hard to say, because the latter is such a perfectly capable processor for normal workloads and some light gaming as well.

To be sure, there’s no shortage of processing power when it comes to the Realme C2’s day-to-day operation. But if gaming is your sole objective, you’ll be happy to know this handset can play heavy titles that require high specifications at low to medium graphics quality.

The Antutu Benchmark score of our review sample is 78,414. It scored 748 in the Geekbench 4 single-core test and 3,178 in the multi-core benchmark.

The Realme C2 has a 4,000mAh battery at its disposal, which, coupled with the efficient Helio P22 spec, should be enough to register two days of battery life from a single charge. Although it isn’t specifically marketed toward shoppers who prioritize battery backup above all else, its stamina is actually commendable.

Your mileage will certainly vary, but if you need something that can keep up with your intensive usage, you’ll appreciate the processor and battery combination here. As for charging? It takes a little under two hours to get a dead battery to full capacity when connected to the 10-watt wall charger.

The Realme C2 is a solid budget option that looks as good as anything the competition can offer. Running on the Helio P22, it also performs as well or better than its predecessor and peers in the segment. Its cameras are nice, too, even great sometimes in bright scenarios, while battery life is another selling point that most buyers will appreciate.

When compared to the emerging competition from Samsung and Xiaomi, what the Realme C2 doesn’t have or doesn’t do particularly well, it makes up for in beauty, affordability, and user experience. To most people restricted by a budget, this phone won’t disappoint.