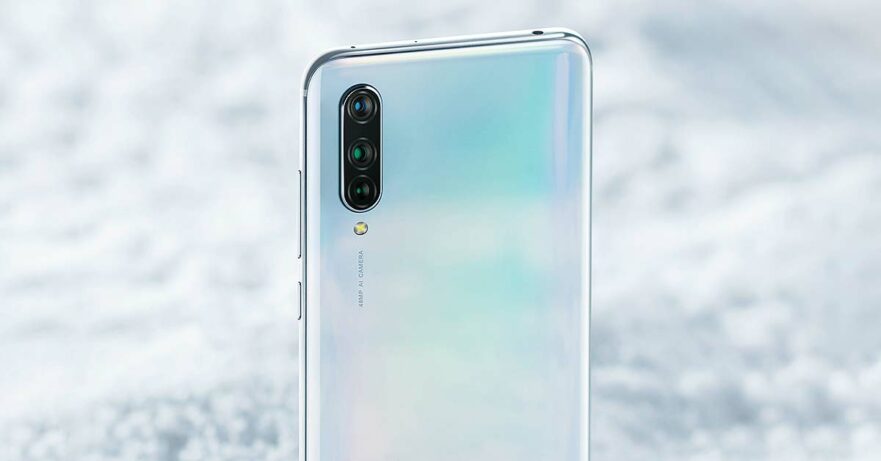 On July 2, we’ll be seeing the first smartphone borne out of Xiaomi’s partnership with another Chinese technology company, Meitu.

Called Xiaomi Mi CC9, it comes from a new, trendy series that targets the youth. CC stands for camera+camera — which indicates that the lineup is camera-focused.

That last part, we already know about. The Mi CC9 is confirmed to feature a 32-megapixel camera up front and a 48-megapixel Sony IMX586 that serves as the main sensor of the three found on the upper-left side of the unit’s back.

Trendy? Well, this one sure looks like it, as can be seen by the first set of renders posted by Xiaomi.

Truth is, the Xiaomi Mi CC9 reminds us of Samsung and Huawei phones. Think devices like the white Samsung Galaxy A50 and the Huawei P30. That doesn’t take away the fact that the CC9 is a stunner.

Seen at the top is a 3.5mm headphone jack. The left side is home to the power and volume keys. And at the bottom, you’ll find a USB Type-C port sandwiched between two speaker grilles.

We can’t see any rear-mounted fingerprint sensor, so we’re assuming that it can be found under the screen.

READ ALSO: The Xiaomi phones that are getting Android Q

According to the rumors, the Xiaomi Mi CC9 features a 6.2-inch AMOLED display, a Qualcomm Snapdragon 730 processor, up to 8GB of RAM and 256GB of storage, a 4,000mAh battery with support for fast charging, and Android 9 Pie-based MIUI 10.

Reportedly launching alongside the handset is a light version called the Xiaomi Mi CC9e.