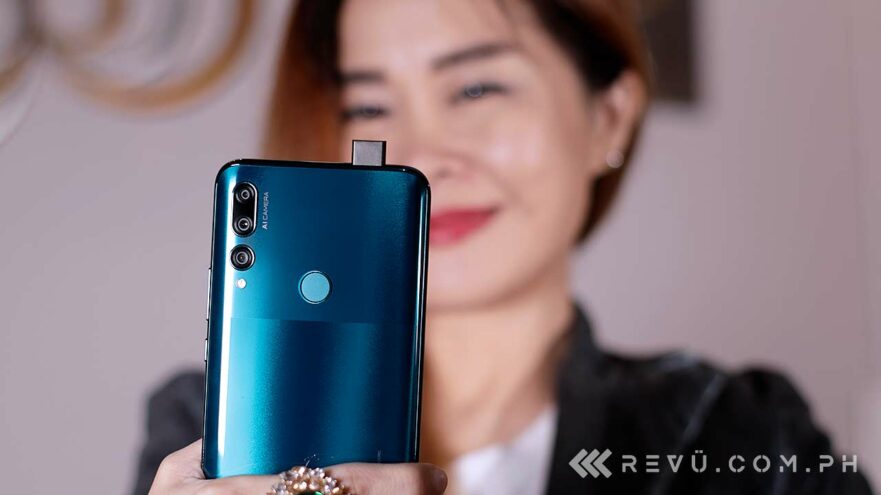 It’s back to business as usual for the world’s second-largest smartphone vendor, in the Philippines at least. The first Huawei device in the country with a pop-up camera and a full-view display is now official.

As expected, Huawei has launched the Y9 Prime 2019 locally, and at an aggressive price at that! The Android phone, which comes in black, blue, and green dual-tone colors, will retail for only P12,990 (around $254).

SEE ALSO: Trump: Huawei allowed to do business with US firms again and PH retailers support Huawei, to refund devices if they can’t run Google apps

Preorders go live on Friday, July 5, and will run until July 12. Those who purchase the phone early get a Bluetooth speaker worth P1,790 ($35) for free. If you want to see the handset in person before making a decision, the Huawei Y9 Prime 2019 will be on display at four SM Malls, namely SM City Marilao, SM City Cebu, SM City Sta. Rosa, and SM Megamall from July 13 to 14.

The phone lists a 16-megapixel pop-up selfie camera and a 6.59-inch almost-bezel-less LCD as its biggest attractions. On top of that, there’s a triple-camera set around the back, with an 8-megapixel ultra-wide option and a depth sensor for bokeh.

If you haven’t seen it yet, you can check out our unboxing of the Huawei Y9 Prime 2019.