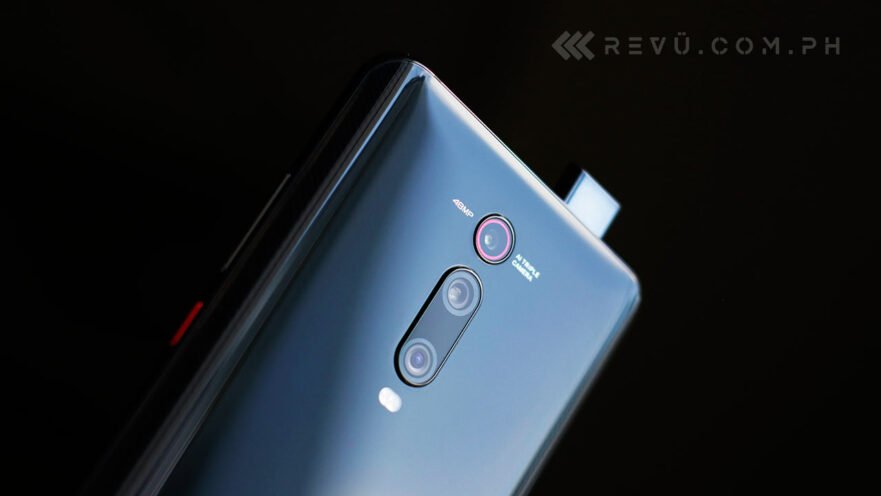 Xiaomi has joined the pop-up camera trend, and its latest release in the Philippines, the Mi 9T — the global version of the Redmi K20 — lists a mechanical camera for selfies as one of its highlights.

It’s currently one of the most affordable devices of its kind on the market, but it would be amiss to say a hidden camera that rises when you need to take a selfie — or make a video call or unlock the screen — is the only reason why Xiaomi wants you to buy this handset.

It’s only one of many. The rest of the package is equally worth getting excited over. Here’s our review of the Xiaomi Mi 9T.

The body of the Xiaomi Mi 9T uses premium materials, with the frame being made of aluminum that joins a front panel fused with Corning Gorilla Glass 5 and a glass back that curves gently on the sides but is flat in the middle. The sleek design with tapered glass and rounded corners exudes a high-quality feel.

And you can bet this phone is a joy to hold and operate, though we strongly advise using the matte-plastic case that ships in the box for a more secure grip on the edges. Ultimately, you may want to spend on aftermarket protection, because the bundled case doesn’t cover the top and bottom of the device.

Most of the weight is distributed around the top section and main camera module. You can tell it’s top-heavy after picking it up, but it doesn’t feel too dense at all. The Mi 9T strikes a great balance between weight and ergonomics, making it exceptionally comfortable in the hand.

Our unit comes in a black color scheme with a carbon-fiber design along the edges to add some flair and personality to the overall style of the phone. Meanwhile, the blue and red variants of the Mi 9T use a nano-holographic method to achieve the signature flame-like design of their exteriors. All three look eye-catching in person, so it will really come down to your own personal preference.

The Xiaomi Mi 9T, unlike most other handsets, doesn’t have a fingerprint scanner on the back. Instead, the biometrics sensor is embedded underneath the lower section of the display. Xiaomi says it has been improved to be both faster and more accurate — and we do think it works exceptionally well, hardly ever misses if you set your finger down on the sensor properly.

Then there’s the motorized camera that slides up and out of the device for selfies. The elevating mechanism is almost completely silent, so there’s no annoying sound to distract you as the camera module whirs into life. Similar to in-screen fingerprint scanning, pop-up cameras really do seem like the future, for now at least, and the Mi 9T is one of the most affordable smartphones to dive into the technology head first.

For ports, the device has a headphone jack and a USB-C. It doesn’t have an infrared blaster, which would’ve been handy for remote-controlling appliances if it were there. The downward-firing mono speaker provides good audio, reasonably loud and rich for its size.

Xiaomi has opted for a 6.39-inch, 2,340 x 1,080 AMOLED display on the Mi 9T — the exact same one on the Redmi K20 and Redmi K20 Pro. It supports HDR for a brighter, more colorful picture. Unlike the Redmi K20 series, the Mi 9T actually has Widevine L1 certification, meaning it can play HD and HDR videos on streaming services such as Netflix and Amazon Prime Video.

The screen itself covers almost the entire front of the handset, with negligible bezels up top and on the sides, while the one at the bottom is impressively smaller than the one present on most other phones at this price range. It has a 19.5:9 aspect ratio, and you can force apps to fill up all available screen real estate to make the most out of it.

Perhaps most notably, the display quality is arguably second to none in the category. The screen on the Xiaomi Mi 9T produces vivid colors; inky, deep blacks; and great contrast typical of AMOLED panels. While the resolution is a step below QHD, our eyes can’t tell the difference. It’s still comfortable to read on, has excellent viewing angles, and offers sufficient brightness for legibility under direct sunlight.

Always-on functionality is onboard, allowing you to check the time, date, and notifications when the display is turned off. It’s a useful feature that may help stretch the battery life further.

Triple cameras on midrange phones are a trend now, so it’s not surprising that the Xiaomi Mi 9T has three rear cameras. The primary shooter is 48 megapixels at f/1.8 with a 26mm focal-length equivalent, while the second and third cameras are equipped with wide-angle and telephoto lenses.

The secondary option is a 13-megapixel unit at f/2.4 with 12mm focal length, so it’s ideal for group shots and panoramas. The overall image quality isn’t as good as the main camera’s, though. 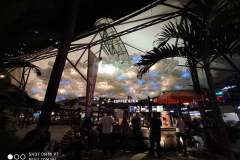 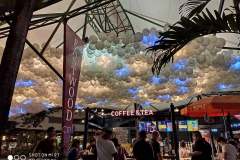 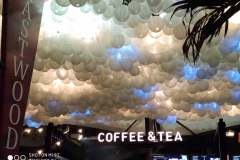 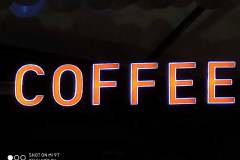 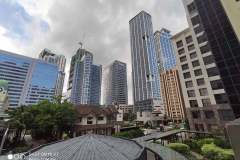 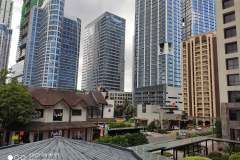 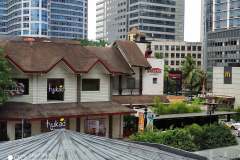 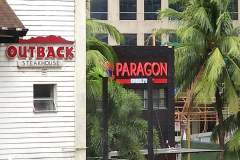 The telephoto camera, on the other hand, gives you 2x optical zoom, but is also leveraged to create a blurred-background effect in Portrait mode. You can capture portraits with different lighting effects to make them look more professional or fun.

Picture quality from the 48MP sensor is solid — we have no real complaints. Photos look sharp and detailed, and the colors are vibrant enough without appearing unnatural. The auto-focus is fast and accurate in good light even after switching to the zoom camera. 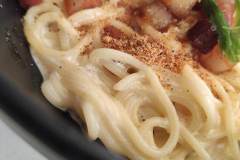 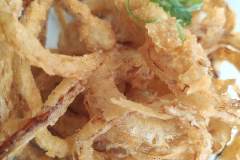 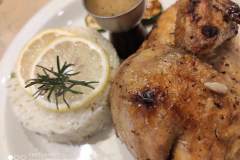 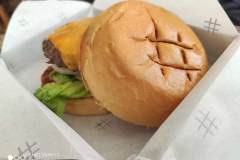 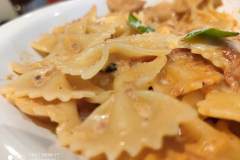 The Xiaomi Mi 9T comes with a dedicated Night mode, which vastly improves shadow and highlight detail, so low light isn’t a problem. The differences with and without it can be significant. However, do note that you won’t be able to use it if you switch to the wide-angle lens. 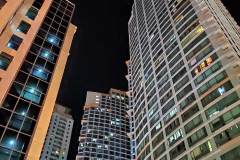 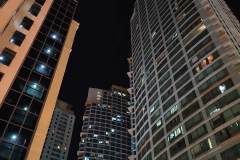 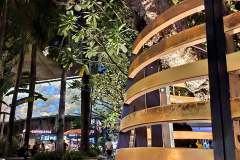 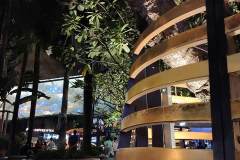 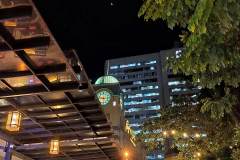 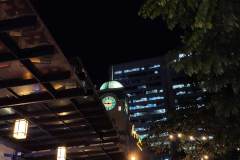 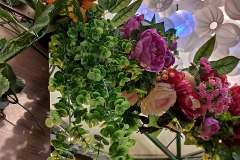 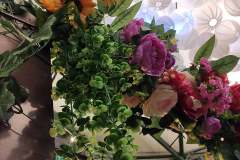 The pop-up 20-megapixel camera is fine for social media and quick photos, and selfies turn out to be pretty realistic, but are lacking in areas that take the camera to the next level. You don’t get the dynamic range that you see on images from higher-end smartphones, for example. 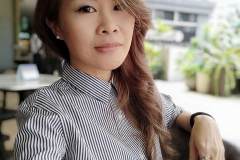 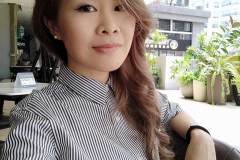 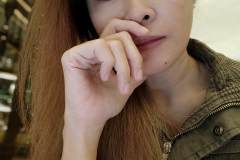 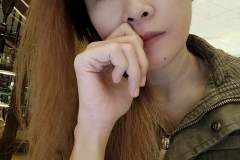 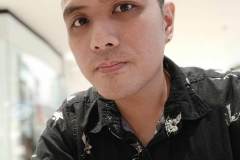 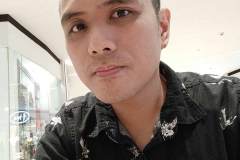 We used the Xiaomi Mi 9T for almost two weeks and found the general performance to be especially noteworthy. The new Qualcomm Snapdragon 730 inside puts the Mi 9T more in the midrange segment, but it performs similarly to older processors in Qualcomm’s more powerful Snapdragon 800 lineup in most scenarios.

This is probably the most powerful sub-flagship we’ve tested in recent memory. Apps open immediately, without any hesitation; the Android Pie-based MIUI 10 touch interface is responsive; scrolling is smooth; and multitasking is handled nicely.

There’s ample RAM for leaving tons of applications open in the background. And you don’t have to worry about them crashing or needing to reload upon going back.

Heavy games are handled well, too. PUBG Mobile will default to the highest graphics preset, while other demanding titles such as NBA 2K19 and Overhit also manage to run flawlessly at the best available settings. The Mi 9T doesn’t heat too much even after prolonged sessions, which is always good to see.

Battery life is about as good as you’d expect from a 4,000mAh cell. With our normal usage, which involves social media, chat apps, media streaming, and a bit of gaming, we typically manage to go beyond a full day on a single charge. Even using the camera for extended periods doesn’t seem to drain the battery a lot.

Our unit ran the intensive PCMark battery test for almost 13 hours, an outstanding result that puts it on a par with some of the best the category has to offer in terms of longevity.

Though the Xiaomi Mi 9T doesn’t have wireless charging, it does support fast charging at 18 watts over USB-C. That said, top-ups take less than two hours to get the battery backup to full from zero on the bundled charger. The wait time isn’t as short as  we’d like, but it’s still better than average for a phone at this level.

A case could easily be made that the Xiaomi Mi 9T is the most complete and most impressive midrange smartphone to launch this year.

It looks like a flagship, with a curved glass back and a vibrant OLED display that spans almost the entirety of the front, making it feel immersive. But it also acts like a flagship, thanks to the powerful Qualcomm Snapdragon 730 under the hood. The rest of the package is pretty exceptional as well.

Buy the Mi 9T if you’re in the market for a new mid-priced handset and your budget can’t stretch to a flagship like the Mi 9, which boasts better cameras and a top-end processor, among others. But between the two, the Mi 9T is a more sensible purchase even if the latter is technically superior. That says a lot.