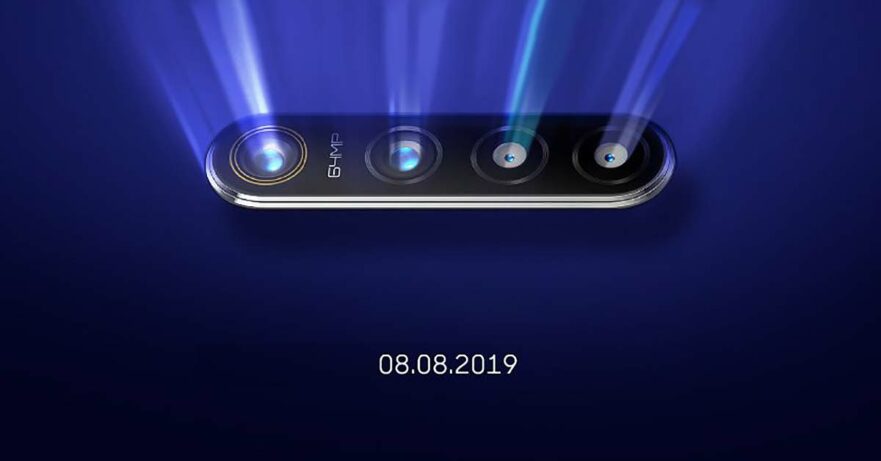 Former OPPO sub-brand Realme is on a roll. Just a few days ago, market-research firm Counterpoint Research revealed that it was the fastest-growing smartphone company in the second quarter of 2019. Now, the brand has announced that it will hold a camera-innovation event August 8.

We are taking a leap in smartphone camera on 8th August and we are doing it here in India. Get ready as we unveil the world’s first 64MP Quad Camera on a smartphone at our camera innovation event. And this is among the first surprise of the season. Stay Tuned! #LeapToQuadCamera https://t.co/kSUMacQ9TI

It’s a date on the 8th! Stay tuned for updates

What will it showcase? According to Realme’s official announcement, it will reveal the world’s first 64-megapixel quad-camera technology on a smartphone.

Many are saying that the August 8 event will serve as the launching pad for a phone with that kind of camera. Frankly speaking, we’re not sure about that. You see, every time its sister brand OPPO holds an innovation event, it’s all about the technology.

For example, at its February 23 launch we attended in Barcelona, Spain, OPPO showcased its 10x lossless-zoom tech. That feature eventually debuted more than a month after, on the OPPO Reno 10x Zoom Edition.

So our guess is that the Realme handset with the said 64-megapixel quad-camera will be launched weeks after — end-August or September even. But who knows? We could be wrong. Hey, we would love to be wrong on this one.

Word is Xiaomi’s Redmi is going to make its own 64-megapixel camera phone official this month. While we can’t wait to see which company will get to the finish line first, we’re more interested in finding out which of them offers the better device for mobile photography.