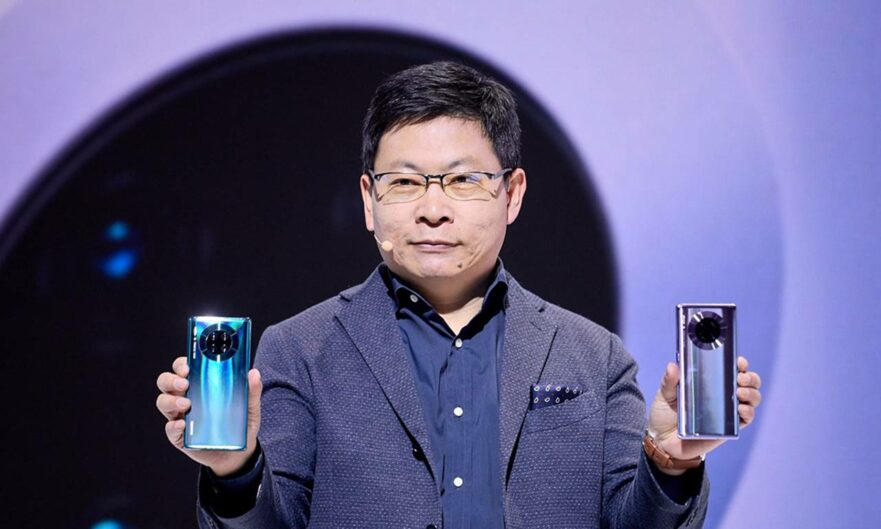 At an event in Munich, Germany, which we at Revü Philippines attended, Huawei officially unveiled its new Mate 30 flagship smartphone alongside the Mate 30 Pro and Porsche Design Mate 30 RS.

Unlike previous iterations, the Huawei Mate 30 feels closer to its Pro sibling. It has a 6.62-inch OLED screen that’s actually bigger and taller than the Mate 30 Pro’s 6.53-inch display, and its about as sharp, too, with a 2,340 x 1,080 resolution. The panel also supports HDR10 as well as DCI-P3 color gamut for better and more extensive color range.

The screen is flat, instead of curved like on the Mate 30 Pro, but it retains the latter’s under-display fingerprint sensor. As you can see, it has a notch at the top for the 24-megapixel, f/2.0 selfie camera and Huawei’s 3D Face Unlock system.

The rear camera system includes three cameras with telephoto and ultra-wide-angle options. The main sensor is 40 megapixels, 1/1.7-inch in size, and has a RYYB (red, yellow, yellow, blue) color filter like the P30 series and f/1.8 aperture. Maxed out, it can reach up to 204,800 ISO, essentially allowing you to shoot in any lighting condition. For comparison, the industry average for max ISO is 6,400.

The telephoto camera is 8 megapixels and sports an 80mm-equivalent lens for up to 3x optical zoom and 5x hybrid zoom. Both the primary and telephoto cameras have optical image stabilization. Meanwhile, the Mate 30’s wide-angle shooter carries a 16-megapixel sensor and f/2.2 optics. Besides using it for landscape shots and group photos, you can use it for macro photography because it can focus on objects as close as 2.5cm from the camera.

The Mate 30 has a 4,200mAh battery backup that supports 40-watt fast charging over USB-C and wireless charging at 27 watts. Huawei is also bringing 10-watt reverse wireless charging to the handset, allowing you to charge up other Qi-compatible devices.

That’s the European pricing, which tends to be high, so expect the phone to be cheaper when it’s released in the Philippines.

Here’s how the Huawei Mate 30 stacks up against the Pro version on paper.