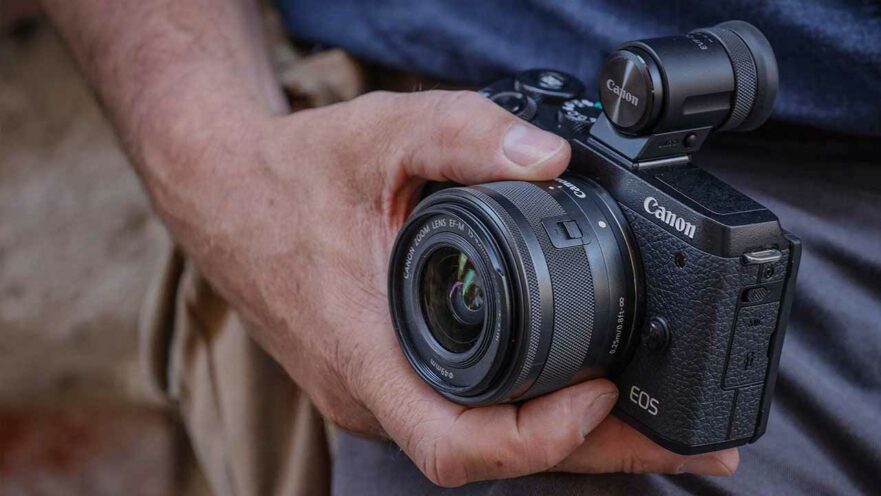 Canon’s newest DSLR and mirrorless cameras are in town. The EOS 90D and EOS M6 Mark II make their official debut in the Philippines with in-store availability starting October 10. Pricing is as follows:

The cameras go after different types of photographers. The EOS 90D is made to attract advanced amateurs looking to get a better DSLR option or early pros looking for a decent second body. Meanwhile, the EOS M6 goes for those hobbyists or new pros who want a more compact, more affordable, yet still a capable option.

Both cameras share the same 32.5-megapixel APS-C sensor powered by a DIGIC 8 processor, allowing these machines to process the same new uncropped 4K videos (at 30p or 25p) they can take. Both have the same standard ISO range of 100-25,600, built-in Wi-Fi and Bluetooth support, and have the same Dual Pixel CMOS AF system for live view AF while filming or shooting.

But they start to diverge here.

On top of the Dual Pixel CMOS AF system, the EOS 90D has a separate phase-detection AF sensor for viewfinder shooting, which offers 45 cross-type AF points and Canon’s iTR focus tracking. The EOS M6 Mark II doesn’t have a viewfinder at all, but it supports a clip-on EVF-DC2 electronic viewfinder.

The EOS M6 Mark II has a shutter speed range of 30-1/4000sec, while the EOS 90D goes even faster to 1/8000sec. And while the latter can take pictures at 10 frames per second, the EOS M6 Mark II is faster with a maximum shooting speed of 14fps, making it technically a better choice for taking action shots.

While both have a 3-inch 1.04M dot touchscreen display, the EOS M6 Mark II only has a tilting hinge with a 180-degree flip screen for selfies or vlogging. The EOS 90D comes with a full-articulating vari-angle display that can be maneuvered in any direction you like, including sideways. It also has a new joystick that helps mimic the experience when using a higher-end DSLR.

Both cameras get microphone ports, but the EOS 90D has a headphone port for monitoring audio levels. It has a significant advantage when it comes to battery life. Its LP-E6N can get up to 1,300 shots. The LP-E17 battery on the EOS M6 Mark II can only scrape around 305 photos.

And, of course, when it comes to lenses, the EOS 90D is directly compatible with the full range of Canon EF-S and EF lenses. The EOS M6 Mark II only has eight “native” EF-M lenses. But if you want access to the EF-S and EF lenses, you’ll need to have the EF-EOS M adaptor.