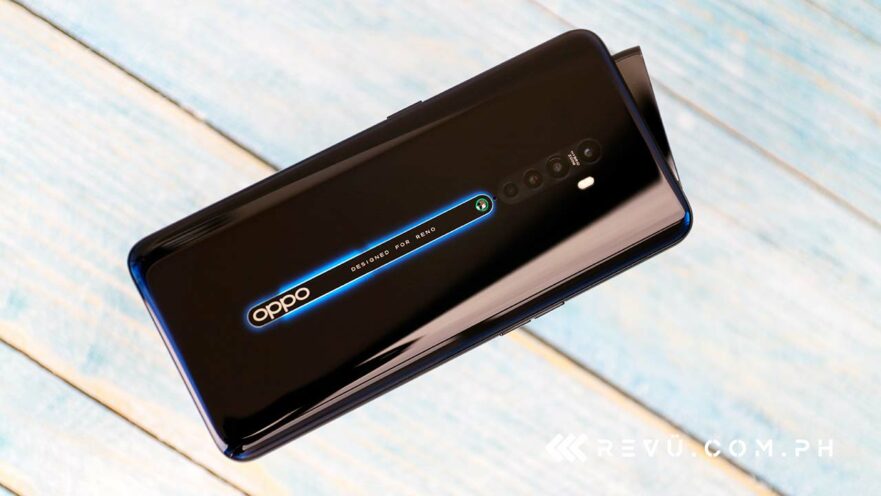 And while the smartphone doesn’t get the Qualcomm Snapdragon 855 processor nor the 10x hybrid zoom of the Reno 10x Zoom Edition, it has the photography and videography chops that can compete with the best of them.

The OPPO Reno 2 comes with five cameras in total — four arranged vertically on the back and one in front, housed in a shark-fin module.

The setup on the rear is composed of these four:

At the end of the day, though, pictures and videos shot on the Reno 2 should speak for themselves — way more than what’s written on paper.

There are two things that stick out about the OPPO Reno 2 after a week of using it.

First, its Ultra Dark mode. Mind you, this is different from Ultra Night. The output of the former is a bit similar to those captured on the Huawei P30, P30 Pro, Mate 30, and Mate 30 Pro, where the camera shows what your eyes can hardly see.

Check out these photos below. The first was taken in Auto mode. The second? In Ultra Dark mode. 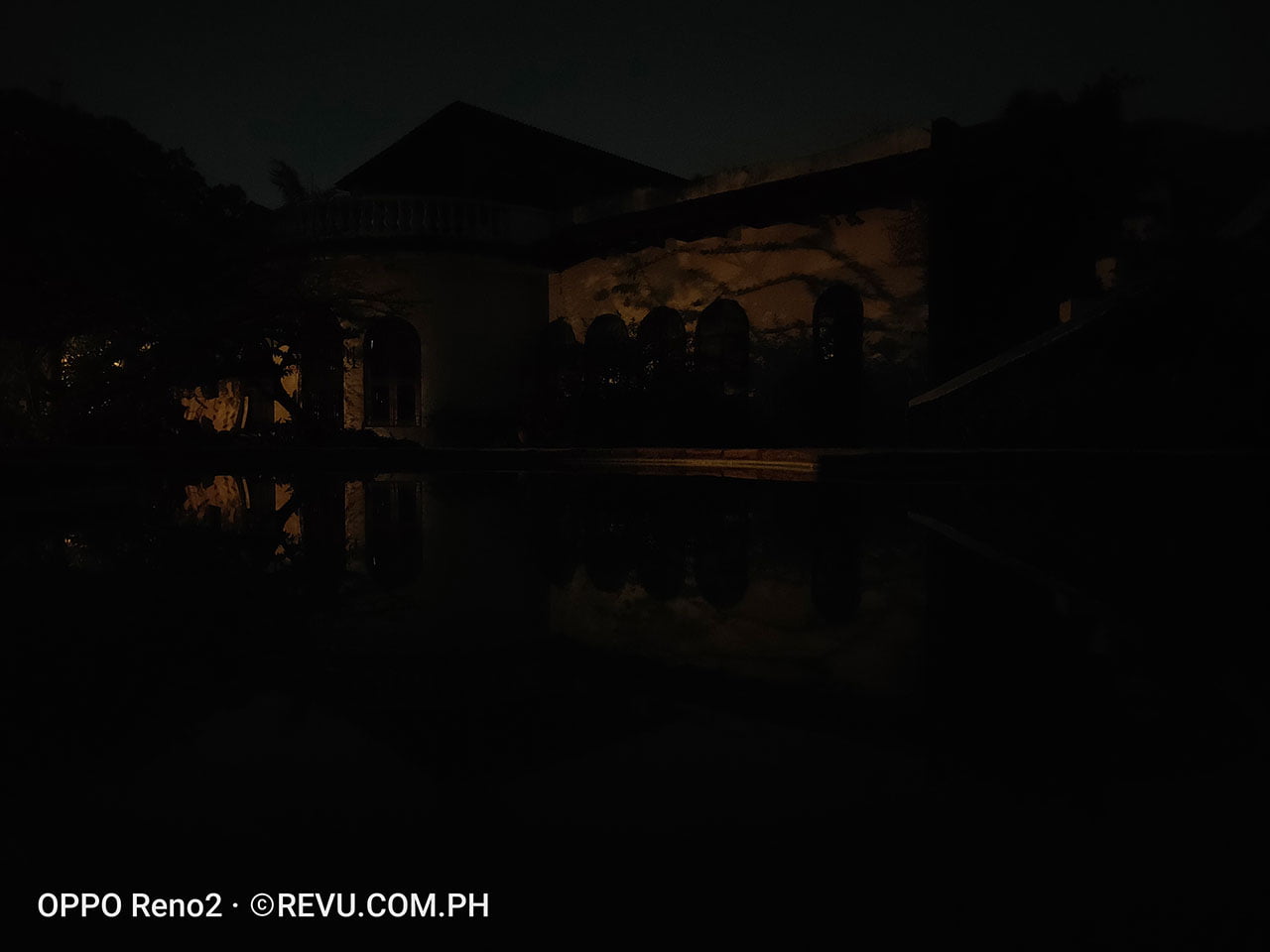 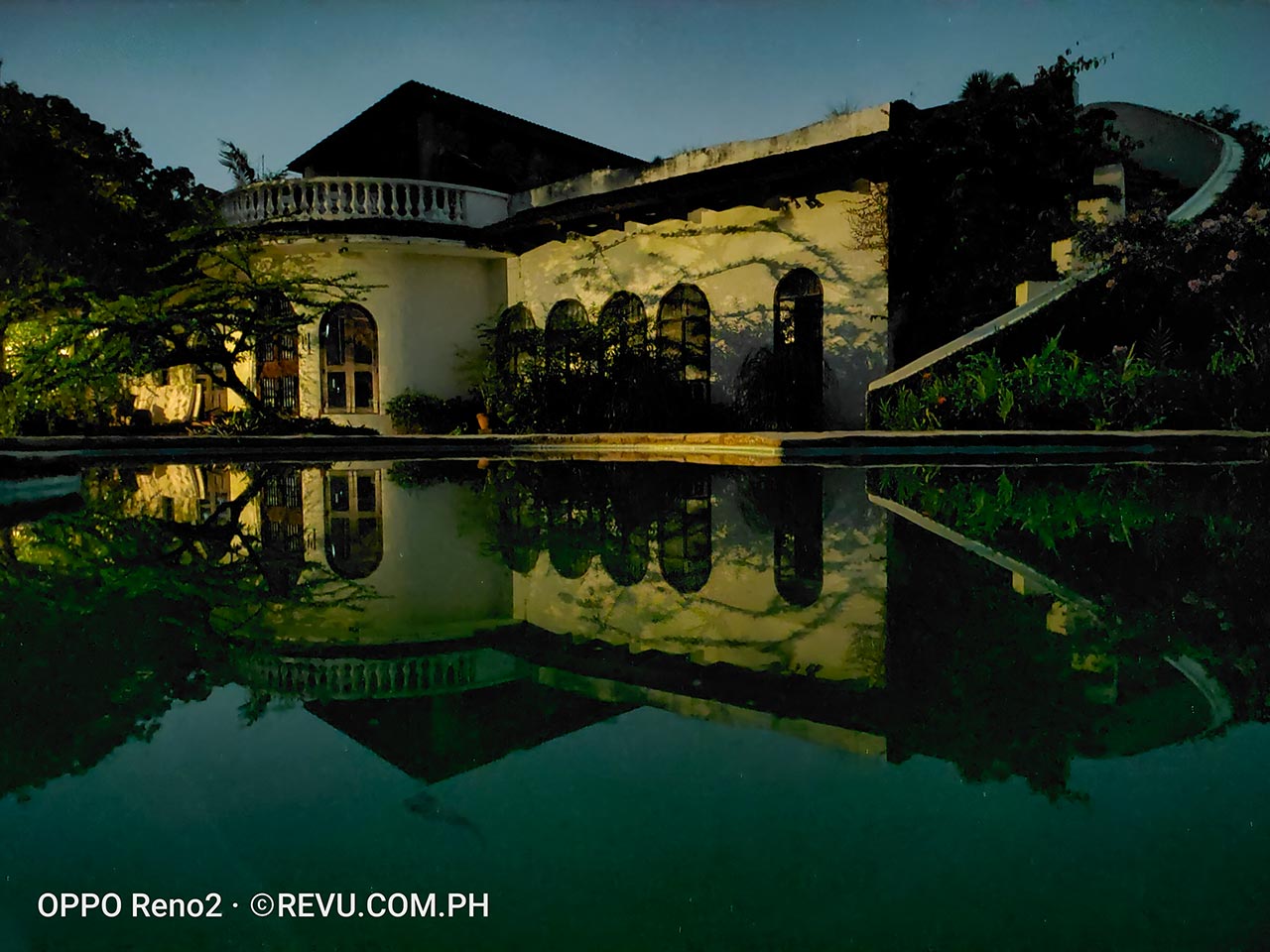 We had a hard time getting the framing we like because the only lighting we had was faint, coming from the far left. But look at the result! Crazy, huh? We’re happy that another brand besides Huawei is giving this feature some attention.

Let’s go to the second thing that impressed us the most: clips captured in Ultra Steady mode. When OPPO called the functionality that, it was serious about it. How serious? Watch this video we shot only yesterday.

Special mention: It’s super easy to edit videos on the OPPO Reno 2. While we at Revü were the ones who took the clips, we asked a non-techie relative to edit the compilation for us using the Soloop app pre-installed on the smartphone.

While we at Revü were the ones who took the clips, we asked a non-techie relative to produce the compilation video for us using the Soloop app pre-installed on the OPPO Reno 2

He ended up not downloading any music and instead use the only song that’s preloaded into the video-editing tool. It was his first time to make a video.

But we digress. Did you see how steady everything is even though we didn’t use any gimbal and we walked like we weren’t filming? Yeah. It’s amazing, really.

Most of the shots were taken in normal mode. The rest are in slow motion and with zoom reaching up to 5x — mostly clips taken inside the SM Mall of Asia Arena.

If you’re curious about the OPPO Reno 2’s performance when using the ultra-wide-angle camera, which has no OIS, and the selfie shooter, watch the video below. That’s basically us getting the only physical activity we had in a long time, hah.

Taken at the OPPO Reno 2 embargo event in Antipolo, Rizal, on October 10. 1080p. 30fps and 60fps. No gimbal. No microphone. Not our usual loud voice, sorry. LOL

What does this tell us?

While time will tell if we’ll encounter major problems with the OPPO Reno 2, one thing has jumped out at us the past week: that the phone is made with content creators in mind. And that content creator? It could be just anybody, not just professionals.