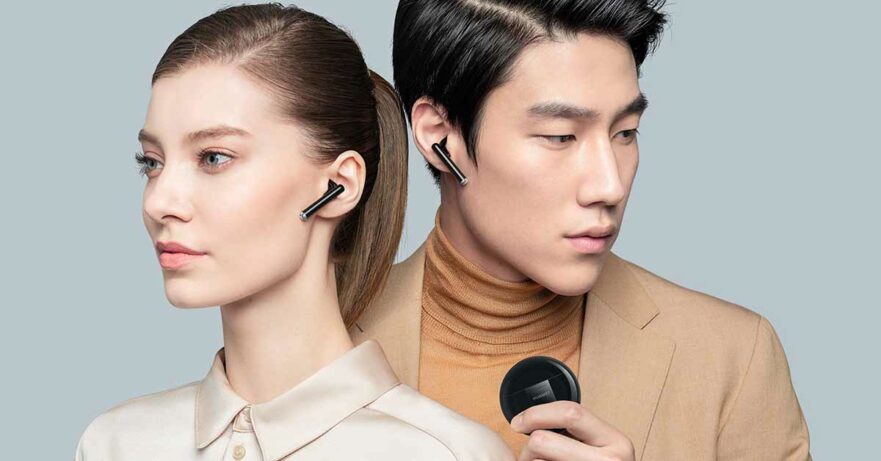 Earlier, we reported that a new Huawei Together 2020 ad campaign may have inadvertently revealed the arrival of the Huawei Y6s in the Philippines. It has likewise confirmed the release of the Huawei FreeBuds 3 in the country.

The company’s latest true wireless earbuds are currently available in some other markets, including Europe. The wearable is Huawei‘s answer to the second-generation AirPods and the recently launched AirPods Pro. The FreeBuds 3 is also the world’s first open-fit wireless earbuds with active noise canceling, beating Apple to the punch in the process.

Besides noise canceling, the Huawei FreeBuds 3 features the manufacturer’s Isochronous Dual Channel Connection technology, too. This allows data to be sent to each earbud individually, as opposed to sending it to one earbud then bouncing it off to the other earbud, which consumes more battery and adds latency.

As with most other true wireless earbuds, charging is done via the carrying case, but you can also top up the earbuds directly using a phone that supports wireless reverse charging, like the Huawei Mate 30 Pro.

SEE ALSO: Up close with the Huawei FreeBuds 3, eyewear in SG and How Huawei plans to grow its business through its ecosystem

Huawei claims four hours of continuous use for the earbuds, while the carrying case is supposed to add an extra 16 hours, bringing the total battery life up to 20 hours. Of course, enabling active noise canceling will drain the battery faster. But if you’re not a heavy listener like us, you can probably get away with a weekly charge.

There’s no official word as to when Huawei will launch the FreeBuds 3 in the Philippines, but considering the timing of the sale featured in the ad and a scheduled November 27 local event, the unveiling will probably be next week.