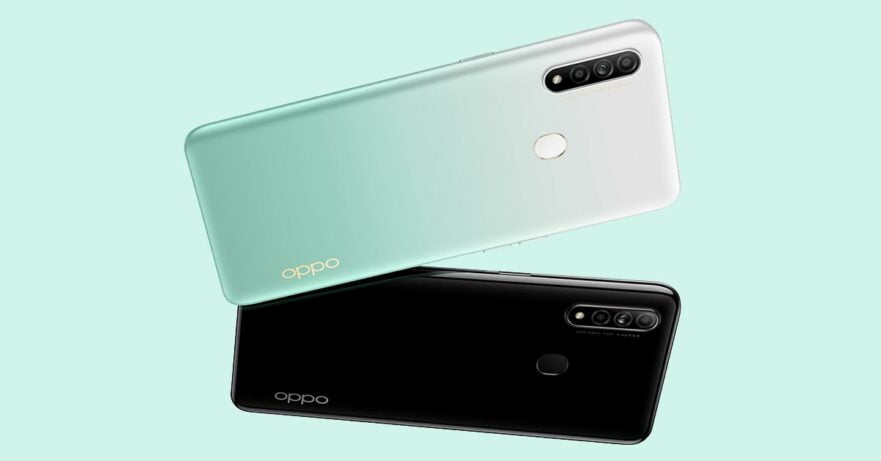 OPPO refreshes its affordable A series with the launch of the OPPO A91 and A8 in China. Both handsets are designed to be easier-on-the-wallet, decent daily drivers. Let’s take a look at what they offer.

The OPPO A91 sports a 6.4-inch Full HD+ AMOLED screen with a 20:9 aspect ratio, a waterdrop notch for the 16-megapixel selfie camera, and an in-display fingerprint sensor.

On the back, the quad-camera setup is located at the upper-left corner of the device. It is equipped with a 48-megapixel primary sensor paired with an 8-megapixel ultra-wide lens, a 2-megapixel macro sensor, and a 2-megapixel depth lens.

The OPPO A91 is powered by a MediaTek Helio P70 processor along with 8GB of RAM and 128GB of expandable storage. On the software side, the OPPO A91 runs Android 9 Pie based on ColorOS 6.1.

SEE ALSO: Under-screen cam, no hole? This OPPO phone is the future and How OPPO is preparing for the 5G era in Asia-Pacific

Available in blue, red, and black with a gradient finish, the smartphone packs a 4,000mAh battery with support for 30-watt VOOC 3.0 fast-charging technology.

The entry-level OPPO A8 comes equipped with a 6.5-inch HD+ IPS panel with the same 20:9 aspect ratio as the OPPO A91. You can spot the 8-megapixel selfie shooter in the waterdrop notch up top.

The phone bears a similar rear camera arrangement as the A91. But it has a triple-camera setup on its back composed of a 12-megapixel main camera alongside a 2-megapixel depth sensor and 2-megapixel wide-angle shooter.

Unlike the A91, though, the OPPO A8 gets a rear-mounted fingerprint sensor instead of an in-display one.

The MediaTek Helio P30 powers the handset. The processor is matched with 4GB of RAM and 128GB of expandable storage. The A8 also runs Android 9-based ColorOS 6.1 and comes with a 4,230mAh battery, sadly without fast charging.

Available in azure and black, the OPPO A8 is also available for reservation in China at a price of ¥1,199 (around P8,687, $171). It will also go on sale December 26. We believe there’s a high chance of the device making its way here because OPPO Philippines carries the OPPO A7.