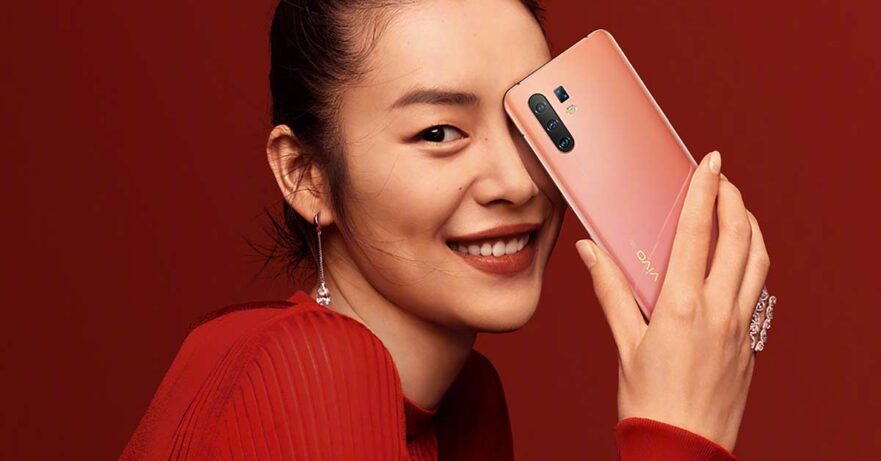 Vivo has taken off the wraps off the X30 series at an event in China. The launch furthers the company’s plan to introduce five 5G devices before the end of 2020. Besides the NEX 3 5G, the X30 and X30 Pro are the only other Vivo devices with 5G connectivity.

The company has enlisted the help of Samsung for the Vivo X30 series. It’s now the first third-party partner to take advantage of the new 8nm Exynos 980 chipset, which Samsung says is the first midrange system-on-chip with an integrated 5G modem. It also has an integrated Mali-G76 MP5 GPU.

And if the leaked Antutu benchmark result for the Vivo X30 Pro is anything to go by, the Exynos 980 seems to be a powerhouse chip, posting a score of 326,000 points. It’s not flagship-grade, but it beats the score of every Qualcomm midrange chipset on the market, including the new Snapdragon 765G in the Redmi K30 Pro 5G.

If the leaked Antutu benchmark result for the Vivo X30 Pro is anything to go by, the Exynos 980 beats the score of every Qualcomm midrange chipset on the market, including the new Snapdragon 765G in the Redmi K30 Pro 5G

The Vivo X30 and X30 Pro support dual-mode 5G (standalone or SA/non-standalone or NSA) connectivity, allowing these handsets to reach download speeds of up to 2.55Gbps. While using both 4G and 5G dual connectivity, both devices’ download speeds can reach up to 3.55Gbps. Besides 5G, the Exynos 980 processor also supports the latest WiFi 6 standard.

In terms of software, the X30 series runs Vivo’s new FuntouchOS 10 Android Pie-based operating system, which is said to be 75% more secure and 80% less prone to app crashes than previous versions.

Besides offering 5G, the other key feature of the Vivo X30 Pro is the camera setup on the back of the phone. It has three sensors positioned vertically on the top left corner of the smartphone, while the fourth sensor is placed to the right of the main camera module.

The camera specs for the X30 Pro include a 64-megapixel main shooter with the same Samsung GM1 sensor in the NEX 3, a 32-megapixel telephoto lens, an 8-megapixel ultra-wide cam, and a 13-megapixel periscope camera that promises up to 5x optical zoom or 60x digital zoom.

The quad-camera system also features a laser auto-focus system, as well as optical image stabilization and electronic image stabilization. In front, the phone sports a 32-megapixel selfie shooter in a punch-hole cutout on the upper-right corner of the screen.

Meanwhile, the Vivo X30 incorporates three cameras on the back and the same camera setup for selfies, but lacks the periscopic telephoto module of the X30 Pro.

Both the Vivo X30 and X30 Pro have a 6.44-inch Full HD+ Super AMOLED screen with narrow bezels all around. The display comes with HDR support, an impressive contrast ratio of 2,000,000:1, and a claimed peak brightness of 1,200 nits. A fingerprint sensor is also integrated into the screen.

The two smartphones share a 4,350mAh battery and support Vivo’s FlashCharge technology with a charging rate of 33 watts.