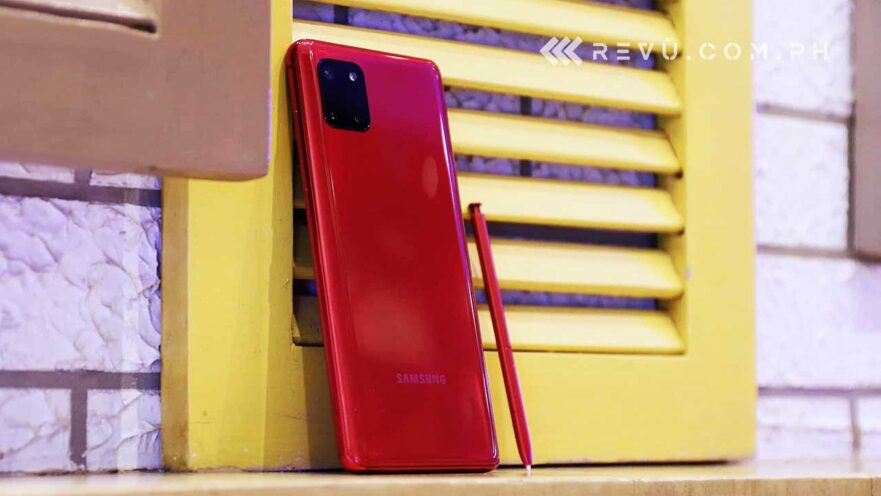 The Samsung Galaxy Note 10 Lite is official in the Philippines, barely two weeks after the Korean technology giant confirmed its arrival in the country.

And just as we at Revü discovered a week ago, the watered-down version of the Note 10 that will be sold here is the model with 8GB of RAM. It will be available starting February 14 for a suggested retail price of P29,990 (around $451). You have three color choices: Aura Red, Aura Glow, and Aura Black.

The Samsung Galaxy Note 10 Lite features a flat Super AMOLED display that measures 6.7 inches. The screen has a 2,400 x 1,080 resolution, an extra-tall 20:9 aspect ratio, and support for Samsung’s S Pen. The stylus lets you scribble notes, draw, and edit documents on the move.

The back features a 12-megapixel triple-camera system. The selfie camera, on the other hand, is a 32-megapixel shooter that’s housed in a pinhole cutout at the top of the phone’s display.

The Note 10 Lite is powered by an Exynos 9810 chip, the same processor inside Samsung’s S9 and Note 9 devices. A 4,500mAh battery, One UI based on Android 10, and an under-screen fingerprint sensor round out the handset’s specs.