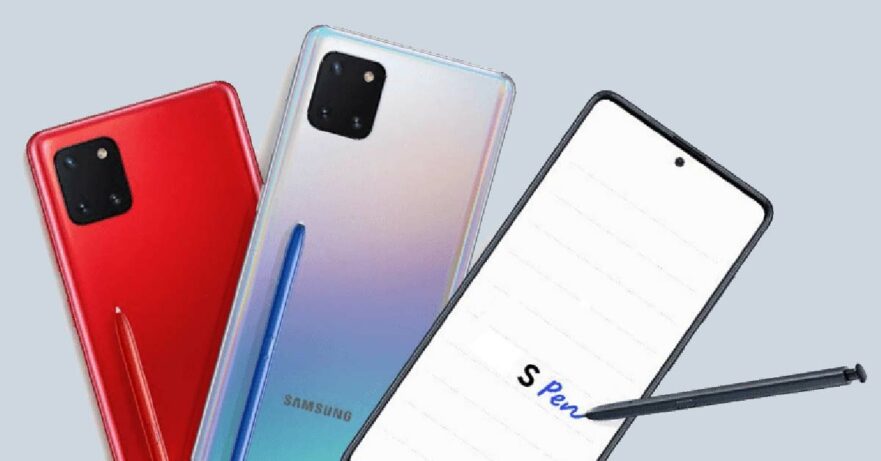 The Samsung Galaxy S10 Lite and Galaxy Note 10 Lite are finally official after weeks of rumors and speculation.

The phones’ hallmark features include flagship-grade specs, all-day battery life with fast-charging support, and Samsung‘s Infinity-O screens, similar to that on the Galaxy Note 10. Both devices also ship with Samsung’s up-to-date One UI interface based on Android 10.

It bears noting, however, that European prices tend to be higher than in most other parts of the world when it comes to consumer electronics, so it’s possible these new Samsungs will be cheaper in the Philippines if and when the Korean manufacturer decides to bring them here.

The Galaxy S10 Lite and Galaxy Note 10 Lite will be on display in Samsung’s exhibition area at CES 2020 in Las Vegas.

The more expensive S10 Lite packs a 6.7-inch Super AMOLED display with thin bezels all around and a 2,400 x 1,080 resolution. The selfie camera in the notch at the top is 32 megapixels. It has three cameras on the back, headlined by a 48-megapixel camera with Super Steady OIS function, which has been claimed to offer better stability when shooting video than Samsung’s latest flagships. There’s also an ultra-wide 12-megapixel camera on the rear, as well as a 5-megapixel shooter for macro work.

The smartphone runs on a 7nm octa-core chipset that fits the description of a Qualcomm Snapdragon 855. The processor is coupled with 6GB or 8GB RAM and 128GB of internal storage. It has a microSD card slot for expanding the storage. The battery is rated at 4,500mAh.

The surprisingly affordable (for a Samsung sub-flagship, anyway) Note 10 Lite is the company’s current cheapest handset with its signature S Pen stylus.

It offers pretty much the same functionality you’ll get on the S Pen of the top-of-the-line Note 10 phones, which is to say it has Bluetooth and you can use it to navigate the home screen, control video playback, and take pictures. It likewise allows for the usual S Pen stuff like note-taking, drawing, and turning handwritten notes into text for easy editing and sharing.

SEE ALSO: Samsung Galaxy A71 launched alongside Galaxy A51

The Samsung Galaxy Note 10 Lite makes use of a 10nm octa-core chip, which is likely an Exynos 9810, the same silicon inside Samsung’s S9 and Note 9 devices. Like the S10 Lite, its RAM is 6GB or 8GB, while the storage is 128GB. Unfortunately, its onboard memory can’t be expanded with microSD cards.

The phone’s Super AMOLED display also measures 6.7 inches and runs at full HD. It features three 12-megapixel cameras on the back as well, plus dedicated lenses for ultra-wide and telephoto shooting. Meanwhile, the front-facing camera is equipped with a 32-megapixel sensor.